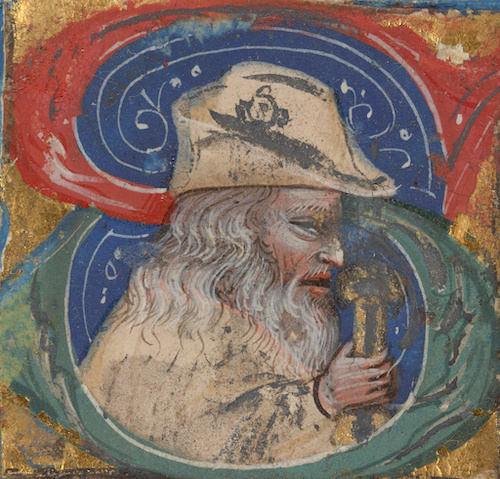 Together, we have traveled far!

The Committee for Cultural Policy was formally recognized in 2013 as a charitable, non-partisan think tank. Our earliest work was to analyze cultural policy and to support public education for a diverse global audience. We sponsored public lectures, published a comprehensive White Paper: A Proposal to Reform U.S. Law and Policy Relating to the International Exchange of Cultural Property, and gave testimony on cultural property initiatives, agreements, and legislation affecting museums, collectors, and the trade in art.

Our 2018 year has been especially productive.

The Committee for Cultural Policy has significantly expanded both its public outreach and policy development. Our new website, Cultural Property News, was launched in January 2018 and now reaches over 7000 subscribers.

More than 100 original Cultural Property News articles were added in 2018.

In a major public policy venture, the Committee for Cultural Policy has coordinated a nine-country project with TrustLaw, the philanthropic arm of Thomson Reuters, to generate an independent research publication on cultural property laws, their application and enforcement. Our project partners span the globe, with contributions by volunteer lawyers from Nigeria, Peru, China, the United Kingdom, Italy, Bulgaria, Turkey, and India. In addition to originating the project, the Committee for Cultural Policy has also produced the full report on US laws and practice. Publication will be in 2019.

Our factual research was key to halting passage of harmful legislation in 2018.

Many in the media and in government have succumbed to misinformation about alleged ties between art and terrorism. Numerous unfounded claims regarding criminal activity, smuggling, and money laundering have been spread by well-funded, influential anti-collecting activists. These claims of multi-million, even multi-billion-dollar stolen art markets are not only proven false, they encourage a narrow, highly-politicized view of culture that limits the ability of museums around the world to preserve art, study it, and show it to the public.

We must often measure success by the harm we are able to prevent. In 2018, we researched and submitted testimony on the following legal issues: 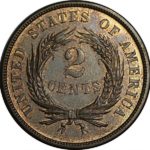 The Illicit Art and Antiquities Trafficking Prevention Act applied the Bank Secrecy Act to art and antiquities dealers, ostensibly to prevent money-laundering supporting terrorism, even though there is no evidence of money laundering through art in the US. This bill was strongly opposed by CCP, Global Heritage Alliance, (a 501(c)(4) advocacy organization), numismatic associations, and the international art dealer umbrella group CINOA. It would have deprived collectors of privacy and required burdensome documentation from all art and antique dealers selling over $50,000 a year in goods. We outlined the severe consequences of the bill in written testimony and in Cultural Property News articles Art Trade Reacts to Threatened Bank Secrecy Act  and Anti-Money Laundering Campaign Trips… over the Truth.  CCP’s sister organization Global Heritage Alliance advocated directly with Congress. Although H.R. 5886 failed to pass in 2018, a similar bill is expected to be introduced in 2019. 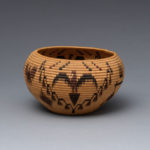 The 2016 and 2017 STOP Acts were introduced ostensibly to halt sales of tribal patrimony overseas. However, the successive versions of STOP would also have made it U.S. government policy to encourage the return to tribes of all “significant objects, resources, patrimony, or other items… affiliated with a Native American Culture,” including jewelry and ceramics; a move that would ostensibly undermine NAGPRA.

CCP reported on opposition to STOP and on successful community-based programs for the voluntary return of sacred objects to tribes initiated by dealer organization ATADA. H.R. 7075 was introduced in late 2018 to prohibit export of illegally acquired items. Through cooperative legislative negotiation, ATADA and tribes agreed on H.R. 7075 as an alternative to STOP. CCP’s sister organization Global Heritage Alliance board members were invited to join the negotiating team. See Bill Introduced to Regulate Export of U.S. Tribal Art.

The Committee for Cultural Policy, Global Heritage Alliance, the British Antiques Dealers Association, and other U.S. and international art and art trade organizations presented written testimony to the United States Trade Representative (USTR) on the imposition of 25% tariffs on Chinese works of art, collector’s pieces, and Chinese antiques. Peter Tompa of Global Heritage Alliance was the only speaker representing the entire art and numismatic trade at the hearings on the China tariffs.

In the end, all seven proposed tariffs on art were withdrawn, saving U.S. consumers of Chinese art potentially millions of dollars and preserving an equal playing field for U.S. dealers, collectors and museums. Tariffs were imposed on 5,745 other types of Chinese imports. 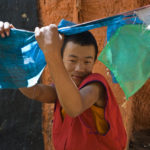 We presented oral and written testimony on five U.S. blockades on imports in 2018, for China, Algeria, Bulgaria, Ecuador and Honduras, detailing false claims and their failure to meet Congressional requirements.

CCP did a major research paper focused on the Chinese art market, commissioning outside research by ArtNet, on China’s failure to meet legal criteria under the CPIA, and separately and extensively covered China’s cultural warfare against its Tibetan, Muslim and Christian communities. See China & U.S.: Human Rights versus Cultural Property Claims.[xii]

The Committee for Cultural Policy also produced a major policy brief in 2018, Cultural Property: Rights of Jewish and Christian Minorities, and has been working with U.S. Jewish organizations to prevent Jewish and Christian cultural property from being included in Middle Eastern import restrictions under the Cultural Property Implementation Act. CCP, together with Global Heritage Alliance, the Association of Art Museum Directors, and several Jewish organizations gave testimony at a State Department hearing against a proposed MOU with Algeria.

We are gearing up to respond to five more requests for import restrictions in 2019 from the Middle East and North Africa alone – recently announced by a State Department representative – that will seriously impact the rights of dispossessed Jewish and Christian minorities. 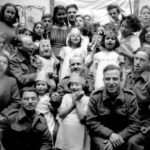 The Jewish School in Benghazi (Libya), 1944, established by Jewish soldiers. The teachers and students. Widener Library, Cambridge, Massachusetts. The David B. Keidan Collection of Digital Images from the Central Zionist Archives: Photographs on the History of Zionism and Israel. Wikimedia Commons.

We worked collectively with US Jewish organizations to ensure that the Iraqi Jewish Archives were not sent back to Iraq as scheduled in fall 2018. These actions involved prominent members of Congress and resulted in the US government’s reconsideration of the propriety of the return. In addition, the State Department backed away from including Jewish materials from Libya in import restrictions from 2017. CCP remains concerned by textual ambiguities in the Libyan restrictions and notes that Jewish heritage is specifically included in Iraqi, Syrian, and Egyptian Designated Lists restricting import.

The Inclusion of Jewish items on the Yemen Red List

In a typical precursor to a request for US import restrictions, a Red List of suspect cultural property for Yemen was funded by the US State Department. The inclusion of Torahs and other religious objects on the Yemen Red List raised extreme concerns among the Jewish community, especially among exiled Jews from the Middle East. CCP has been working very closely with Jewish organizations to raise awareness in the State Department regarding a likely 2019 MOU with Yemen. 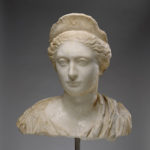 CCP representatives have worked throughout 2018 with representatives of the International Association of Dealers in Ancient Art (IADAA) and the British Antiquities Dealers Association to discuss pending EU regulations that will require permits for importation of Asian, Islamic and Classical antiquities, antique books and manuscripts into Europe. These rules are meant to end a supposed illicit trade providing funding to terrorists – something that CCP has refuted with evidence from a number of sources. Our policy brief, Bearing False Witness: The Media, ISIS, and Antiquities, showed how the media has been manipulated into repeating these claims, and triggered legislation based entirely upon false assumptions.

CCP has written extensively about the proposed UK regulations prohibiting the sale of antique ivory, whether or not the Ivory Bill’s elimination of a legal market for ivory antiques will save elephants and prevent poaching, and the concerns raised in Parliament that the bill infringes on British civil liberties.

We thank you for being part of our network of readers! Our successes are based on our direct engagement with tribal groups, religious communities, legal and academic specialists, trade representatives, legislators, museum directors and curators, environmentalists, and conservationists.

Your generous contributions this year to the Committee for Cultural Policy are essential to enable us to continue to build balanced, positive, and workable cultural policies that will preserve human heritage, to expand our readership and social media following, to do serious research and to bring the facts to students, professors, and the public.

You can make a monthly or one-time tax deductible contribution to the Committee for Cultural, Policy via PayPal here.

We are happy to work with you or your grant-making group. Please call us at 917.546.6724 or email info@culturalpropertynews.org.

The Committee for Cultural Policy is recognized as tax-exempt under section 501(c)(3) of the Internal Revenue Code. Contributions to CCP may be tax deductible. 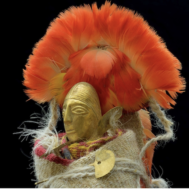