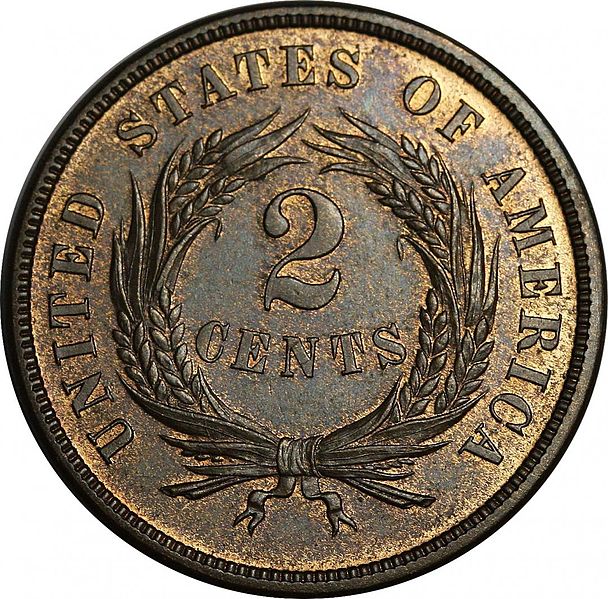 An October 12 event, The Art Market and Money Laundering: A Symposium, put on by Case Western University Law School and the Fashion Institute of Technology (FIT), raised serious questions and concerns about proposals in Congress to require art dealers, auction houses, and collectibles sellers with over $50,000 in annual sales to follow the same documentation rules as banks.

Despite differences among panelists, few were in favor of imposing Bank Secrecy Act regulations on the art business and most agreed that there was no evidence that U.S. art businesses were involved in money laundering. Those most knowledgeable about the art trade noted that it would be extremely costly, especially for small art and collectibles businesses, to impose the FinCen regulations now required for banks, casinos, and other financial traders upon art galleries and auction houses, as proposed in HR 5886, “The Illicit Art and Antiquities Trafficking Prevention Act.”

Natasha Degen, the Chair of Art Market Studies at FIT opened the conference with a statement that verifiable cases of money laundering were rare in the art field.

Retired U.S. Customs and Homeland Security veteran James McAndrew said that as a 27-year law-enforcement professional investigator, he is trained to look for evidence and to build a case on facts. In his view, facts were in short supply among those arguing for extending financial regulations to the art market. McAndrew stressed that there was no evidence supporting claims that there was money-laundering taking place in U.S. art businesses, and that the supposed justification for imposing these regulations – to stop funding of terrorism – was entirely unfounded, with not a single instance of the art trade financing terror ever being prosecuted. McAndrew specifically addressed the claims of the Antiquities Coalition, a well-funded advocate against the trade in antiquities and ethnographic art. He noted that the Antiquities Coalition has strongly advocated for anti-art trade legislation and funded events and successful media campaigns, despite its entire argument being based on inaccurate, hyped up claims of ISIS looting.

Panelist Andrew Adams, the Assistant US Attorney who is the deputy chief of the Southern District of New York’s money laundering and forfeiture unit, conceded that there are no convictions for pure money laundering in the art trade, i.e., dirty money put into art to “wash it.” The reason was obvious: art is not a liquid investment and is hard to sell. Adams did state that on occasion, money laundering is an added charge, but this is in relation to a different kind of financial crime, such as fraud. (At another recent conference, at the Smithsonian, this was repeated by law enforcement representatives, who noted that passage of H.R. 5886 could enable prosecutors to add anti-money laundering (AML) charges to encourage art dealers charged with other crimes to plead guilty.)

The primary advocate on the panels for money laundering regulations for art business was John J. Byrne, who works with AML Rightsource, a company that provides “staffing and consulting services to financial institutions and non-bank financial institutions to help them comply with specific compliance regulations.” Byrne indicated he was working “pro bono” with the Antiquities Coalition to develop “red flags” for banks to look at when reviewing business with art dealers. Information that Byrne and other conference panelists provided regarding the Antiquities Coalition and H.R. 5886 was of significant interest.

Peter Tompa of Global Heritage Alliance spoke to the burden placed on the bullion industry and coin dealers as a result of regulations. Tompa was one of several panelists who provided data on the miniscule size of the antiquities market compared to the rest of the art market (see below).Tompa and Jo Baker Laird also noted that the regulations would impose duplicative requirements on businesses whose banking and international transactions are already documented in the banking sphere.

The anti-money laundering bill now in the U.S. House of Representatives is specifically directed at the art trade. HR 5886 is intended to “reduce international money laundering and crack down on terrorist organizations like ISIS.” However, there is no evidence whatsoever connecting U.S. art sales with ISIS or other terrorist activity. HR 5886 would apply the Bank Secrecy Act to dealers in art and antiquities, and require all U.S. art and antique dealers with as little as $50,000 in annual purchases/sales to report transactions to the Department of the Treasury (FinCEN), to collect personal information from clients, and to comply with a variety of burdensome regulations.

However, opponents have said that HR 5886 opens a potential Pandora’s Box of regulatory quicksand for art dealers as the legislation provides FinCen with broad, unrestricted authority to determine the regulatory burden to place on firms. Given that FinCen has required reporting of currency exchanges totaling as little as $1,000, Suspicious Activity Reports (SARs) for amounts as low as $2,000, and has a $10,000 Currency Transaction Threshold, which it has the authority to lower, there is valid reason to be concerned. The proposed legislation, which opponents say would amount to a regulatory straight-jacket on the art trade, appears both extreme and unnecessary, given there is no documented evidence that money laundering is a significant issue in the art business.

Key points made at the FITA panel were:

Financial Transactions Are Already Monitored by Banks, and Due Diligence is Already Being Practiced

All market participants acknowledge that the vast majority of the items sold each year have circulated and recirculated in trade for decades. In addition, the market is increasingly wary of trading in objects without a lengthy collection history. Objects with “good” provenance going back 40 or 50 years are not only more saleable; they often command a higher price than antiquities of higher quality and greater artistic importance but that have only a 10-25-year provenance.

The art market is international in nature, and European business are more highly regulated for tax reasons than many U.S. enterprises. Auction houses and domestic and international art trade organizations have already set forth due diligence rules for their members that affect both European and American sellers. Art business organizations have set both ethical and best practice rules for documenting provenance, establishing ownership histories, setting standards for marketing and following financial guidelines to avoid becoming entangled in money laundering, and other legal aspects of the art business.

All transactions in art businesses that use banks or accept credit cards – in other words, all art transactions outside of flea markets – are already subject to money laundering regulations through the Bank Secrecy Act’s regulated financial processing systems used by U.S. and international banks.

In May 2018, the European Parliament gave its approval to a 5th update of anti-money laundering regulations, this time adding art and antiques dealers to its Annex III categories of business at high risk for involvement in money-laundering. In a press release on May 23, 2018, the European Commission stated that the “reinforced rules… work to fight the financing of terrorism.”

The complete lack of EU evidence for illegal transactions related to terrorism, and arguments like those above on the unsuitability of the art market for money-laundering has caused the EU to pull back somewhat from money laundering regulations. The EU bill is said to be lagging behind schedule.

The European Parliament regulations would be less burdensome than those proposed in the U.S., requiring art dealers to identify clients and document and report all transactions of €10,000 or more.

It’s noteworthy that another symposium took place recently. At the first day of a Smithsonian symposium on October 23rd titled Building Bridges: A Symposium on Global Cultural Heritage Preservation, speakers Timothy Carpenter (FBI), Daniel Brazier (Homeland Security HIS), and Ann Brinkley (Department of Justice) were asked for examples of money laundering. They had similar difficulty in showing that art is actually used for money laundering by any U.S. art dealers or collectors.

Agent Timothy Carpenter told the story of the corrupt son of the Malaysian Prime Minister, who bought art along with high end real estate in the US with his ill-gotten gains. Daniel Brazier claimed that dinosaur restorer Eric Prokopi, who plead guilty to illegally importing a dinosaur skeleton from Mongolia, used money made selling “stolen” (i.e. illicitly exported) dinosaurs to fund a lavish lifestyle. However, an attendee familiar with the case noted that this “lavish” lifestyle included only buying a family home and building a dinosaur restoration facility there, primarily built by himself. Brinkley and Brazier countered by saying that the threat to charge Prokopi with money laundering gave law enforcement leverage to convince him to plead guilty.

The Smithsonian event made clear that there is no lack of attention at the FBI toward art crime, as Agent Carpenter also noted that the FBI art crime team has now grown to 23 agents.

Further investigation appears warranted despite repeated reports in the media of terrorist financing by credulous journalists. (See Bearing False Witness: The Media, ISIS, and Antiquities, a CCP Special Report.) Past campaigns directed at the art trade have had surprisingly successful media responses despite failing the crucial fact test. It appears that the thirst for scandal overcomes common sense; while trade experts roll their eyes in disbelief, the majority of the media complacently accepts wildly exaggerated numbers and ignores the lack of evidence of criminal activity.