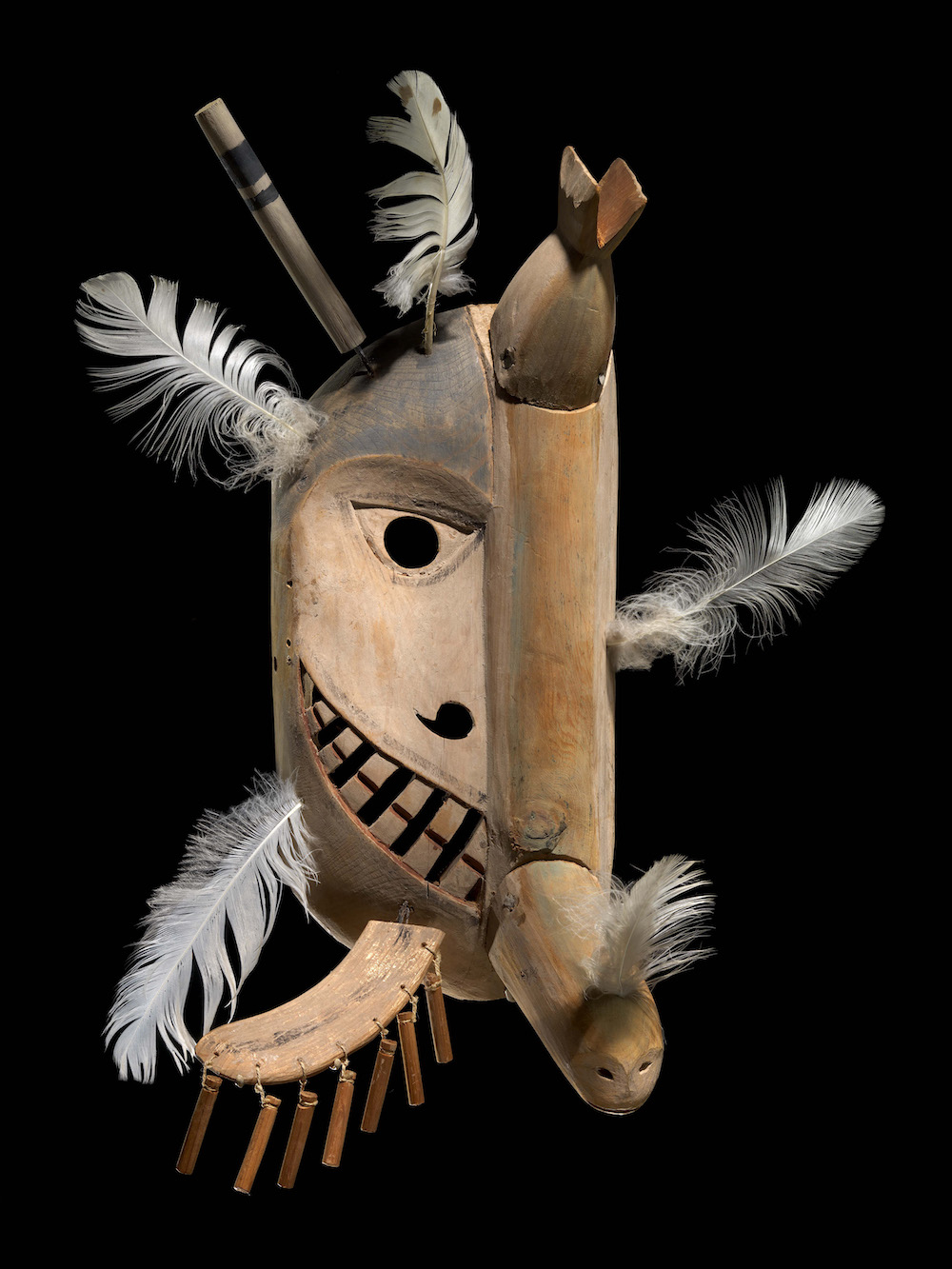 New Mexico Congressman Steve Pearce has introduced a bill, H.R. 7075, the “Native American and Native Hawaiian Cultural Heritage Protection Act of 2018,” that will provide tribes with assurance that cultural items obtained in violation of U.S. laws will not be exported beyond the reach of legitimate tribal claimants.

In a release on the day of introduction, October 19, the nation’s largest tribal art dealer organization, ATADA, thanked Congressman Pearce for his leadership in bringing together the tribes and art market participants to craft legislation that was “balanced and properly addresses the tribes’ valid claims while recognizing the importance of a vibrant art market to New Mexico’s economy.”

Bill Reaffirms the Law and Focuses on Stopping Illegal Trade 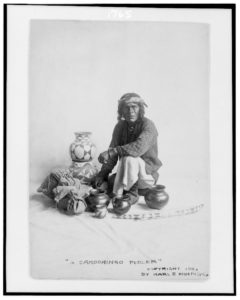 The key purpose of the Pearce bill is to halt the exportation of Native American and Native Hawaiian items obtained in violation of ARPA, NAGPRA or the 1906 Antiquities Act. H.R. 7075 requires certification and review (or self-certification for low value shipments) for export of all “covered items” which are published in a list in the Federal Register; the exporter must affirm that to the best of his or her knowledge, the objects are not acquired in violation of any U.S. law.

Under U.S. law, the vast majority of Native American and Native Hawaiian objects, including many culturally important items, may be lawfully owned by individuals and institutions. Others may not: human remains may never be sold, nor items taken from federal or Indian lands without a permit. Also, certain religiously important objects and items communally owned that are categorized as cultural patrimony under the 1990 Native American Graves Protection and Repatriation Act may be claimed by tribes from museums that hold them, if the museums receive federal funding.

As ATADA noted in its release, “Native American art has been collected for over a century, and holds pride of place in American museums and private collections.” ATADA stated that tens of thousands of small U.S. businesses and tribal enterprises are dependent on the legal trade in Native American art and antiques. It stressed that international and domestic cultural tourism, especially to New Mexico and the Southwest, supports hundreds of thousands of jobs and makes up at least 10% of New Mexico’s economy.

H.R. 7075 states its intent to “facilitate the export of lawfully possessed Native American and Native Hawaiian items.” This purpose sets the Pearce bill apart from another bill that is pending in the Senate, known as the “STOP Act,” S. 1400, which fails to place the burden of proof on the government to show an object is unlawfully acquired. The proposed STOP Act would also make it official government policy to “voluntarily” return all cultural items to tribes.

How is Due Process Protected? 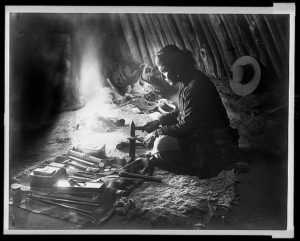 H.R. 7075 and other bills dealing with Native American cultural items previously introduced in both House and Senate have been bedeviled by an intractable problem: how do you write a bill making it illegal to export objects because they are unlawfully acquired under existing U.S. laws, when the public has no way to specifically identify what objects are unlawful to export?

For example, under the Archaeological Resources Protection Act (ARPA), what makes an item unlawful is not based on what it is but instead on where it was found – whether it was taken without permission from tribal or federal lands. For items in circulation in trade for decades, this information is almost never known.

Under NAGPRA, it is not only essential to know when an object was originally acquired – but tribes are often unwilling to identify what items are sacred or which they consider inalienable cultural patrimony. The tribes treat this as privileged information.

However, by setting forth remedies short of seizure and by penalizing “bad actors” who try to export items knowing that they were illegally acquired, H.R. 7075 attempts to address the absence of due process present in other bills.

Which Items Will Require Certification? 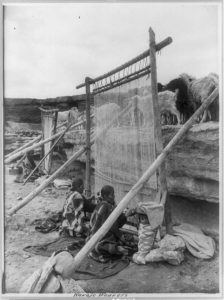 The tribes’ reluctance to identify which objects are sacred or ceremonial – and which might require certification – means that the bill’s future effect is not yet clear. The bill states that the Secretary of the Interior will publish a notice in the Federal Register that will include “a description of characteristics typical of covered items,” [requiring certification] which nonetheless “shall be sufficiently specific and precise to ensure export certification is required only of such covered items and that fair notice is given to exporters and other persons as to which items require export certification.”

Therefore, the breadth of the list of “covered items” which will be subject to export certification will determine how great a financial and time burden is placed upon commercial and personal exports of Native American objects. This list was not defined in the bill.

H.R. 7075 does acknowledge that objects made for commercial purposes “generally” do not qualify as a covered item requiring certification.

Requesting Assistance from Other Nations

A further “purpose” confirms the authority of the President to request agreements or “provisional measures” subject to the limitations of Article 9 of the UNESCO Convention on the Means of Prohibiting and Preventing the Illicit Import, Export and Transfer of Ownership of Cultural Property to obtain the return of objects obtained in violation of ARPA, NAGPRA, and the Antiquities Act. This may assist the tribes in obtaining return of Native human remains still in foreign museum or scientific collections.

How will exports of Native American and Native Hawaiian goods work? 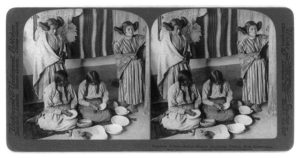 Exporters of all Native American and Native Hawaiian goods that are listed in the Federal Register as “covered items”, regardless of value, must submit an online application for export certification though the U.S. Customs and Border Protection’s AES online export system.

The proposed legislation will require only a limited AES filing for “covered items” of less than $2500 value, and an export certification document will be generated immediately on self-certification by the exporter. 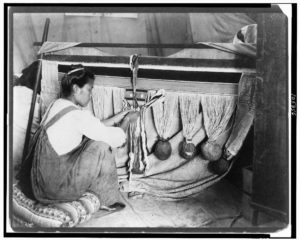 However, the legislation does significantly broaden previous export requirements. Since July 2017, only commercial shipments of goods totaling $2500 in value or more have required online AES filings.

If a shipment that includes native American or Native Hawaiian “covered items” is valued at $2500 or more, there will be a 6-day time period for review of the proposed export by U.S. Customs and Border Protection and the Department of the Interior (which will provide information on the items being exported to tribes for review). With notice to the exporter, U.S. Customs and Border Protection can extend the review of an application for certification for up to 30 days if credible evidence of a violation of law is provided which requires investigation, after which certification will be either approved or denied.

In its release, ATADA stated that it was “proud that the principles of ATADA’s Voluntary Returns program, which brings important items of religious and ceremonial use back to the tribes, have inspired a similar federal program.” H.R. 7075 sets up a completely voluntary returns program for items that anyone wishes to donate to a tribe of origin. 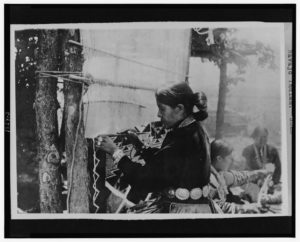 The voluntary returns program is designed to cover a broad range of items desired by the tribes, regardless of whether the items are held in violation of any U.S. law. H.R. 7075 establishes two working groups as advisers/consultants for the voluntary returns program, one with tribal members and one that will include collectors, dealers and museums. The bill will facilitate returns by making “provision for tax documentation of deductible gifts of Native American items to Native American tribes and Native Hawaiian organizations,” which some tribes have been unwilling or unable to do on their own.

The bill also amends ARPA, NAGPRA, and the Antiquities Act, which until now have directed returns of all seized or forfeited items to the federal government, to permit such items to be returned to tribes. Another provision would allow a Native American tribe or Native Hawaiian organization to direct the Department of Justice to halt a legal action regarding a sale of an item (which might facilitate returns, particularly from overseas sales). 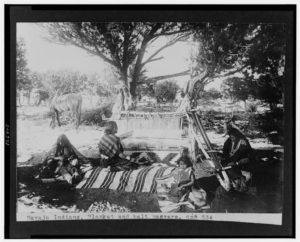 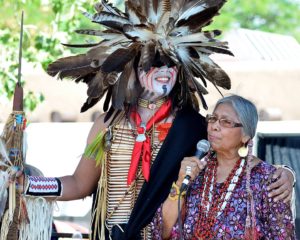 Jeri Ah-be-hill was a Kiowa-Comanche elder and fashion expert. She operated a trading post on the Wind River Indian Reservation for over twenty years. , then became curator of the annual Native American Clothing Contest held at the Santa Fe Indian Market. She passed away in 2015. Photo by Larry Lamsa, 18 August 2013, cc-by-2.0 license, via Wikimedia Commons.

Definitions used by three U.S. laws are referenced in the bill. These laws serve very different purposes, and their inclusion is the bill is to segregate items obtained in violation of the underlying law. The definitions include:

These different statutes’ definitions could, if very broadly interpreted, encompass virtually all objects made by Native peoples before 1918 under the ARPA definition (if taken from federal or Indian lands), and a quite broad swathe of items under NAGPRA, especially given that statute’s expansive definition of “cultural patrimony” as an “object having ongoing historical, traditional, or cultural importance central to the Native American group or culture itself, rather than property owned by an individual Native American…”

However, trade in objects matching these descriptions is not unlawful – only trade in items of these types that were unlawfully obtained after passage of each statute.

This article and all other articles published by Cultural Property News are for information purposes only. They are not legal advice.