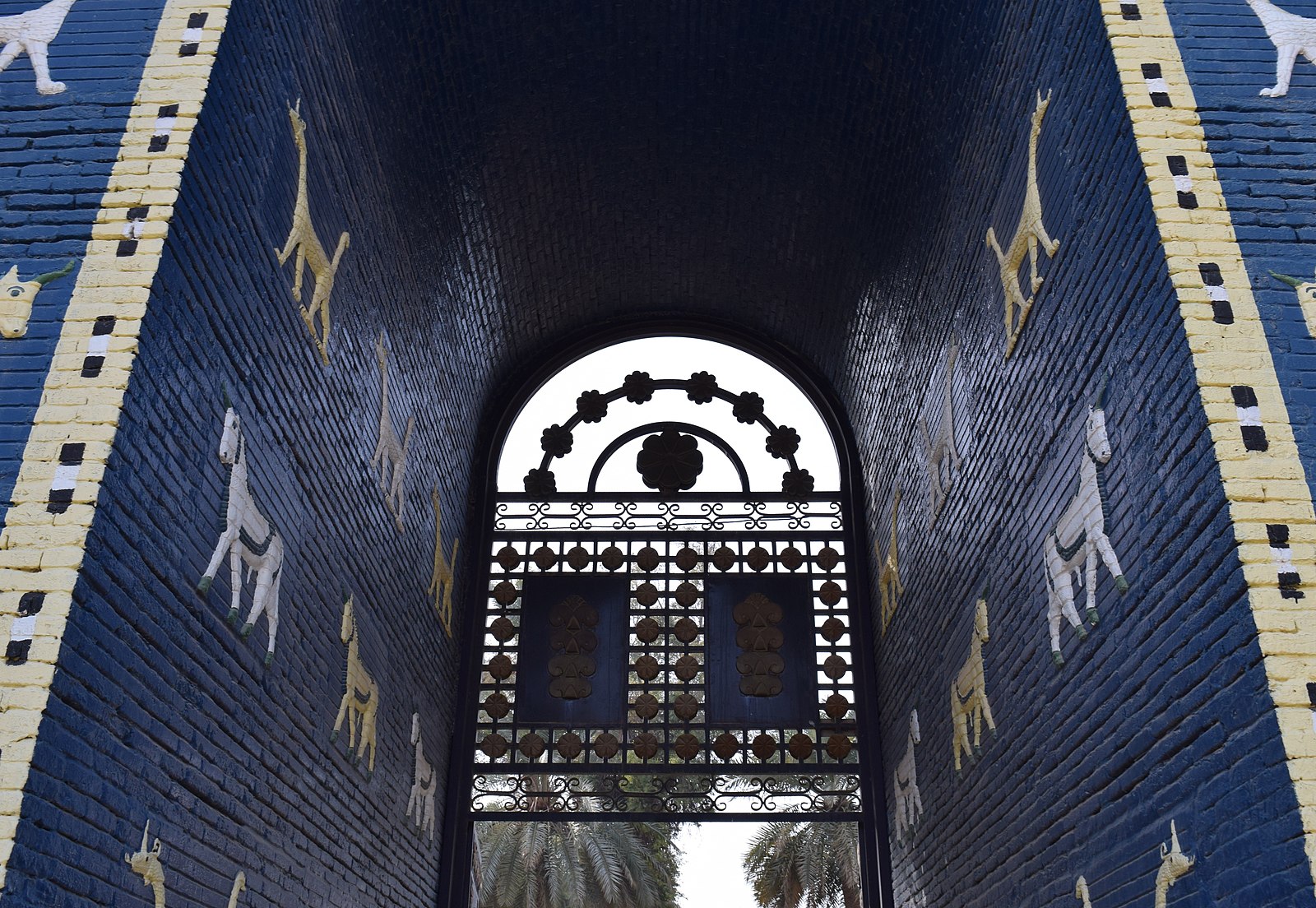 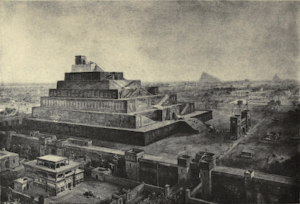 Illustration by William Simpson, “The Walls of Babylon and the Temple of Bel (Or Babel),” was influenced by early archaeological investigations at the site. Public domain.

Too often, the world seems ready to accept the deliberate revisions of history authored by authoritarian rulers from Asia and the Middle East. Certainly, these autocrats aren’t the only people busy rewriting the past – but they do have advantages that politicians in democracies don’t often possess, an unassailable national platform for a mouthpiece and near-complete control of the press. Authoritarian rulers know well the power of cultural politics and are adept at manipulating pride in past greatness and the desire to revenge past humiliations in order to strengthen their regimes.

Archaeology plays an important part in constructing historical narratives to serve current political interests in the Far East, India, Turkey, the Middle East, and North Africa. It can be used to inflame ethnic and religious bias, justify oppression and xenophobia, and deflect blame for poor governance onto outsiders and a distant, colonial past. Cultural heritage ‘protection’ is a relatively new slogan for nation-building, but it has become a very popular propaganda tool in some of the world’s worst-run countries.

In fact, cultural heritage is practically the only issue on which despots such as Bashar Al-Assad in Syria or Hun Sen in Cambodia still manage to get any good press, although they and their supporters have been documented as being equally prolific looters and destroyers as any Daesh militant with a sledgehammer. 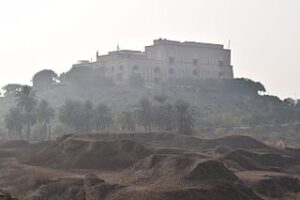 A fascinating though brief essay by Olivia Snaije, ‘Archaeology Turns Political to Benefit a Trio of Middle East Strongmen’ appeared in New Lines Magazine on October 15, 2021.

Snaije’s article explores how three recent dictators, Saddam Hussein of Iraq, Hafez al-Assad of Syria and Moammar Gadhafi (here Gaddafi) of Libya, made use of archaeological heritage as an overtly political tool. Her essay, illustrated with murals and billboards showing Nebuchadnezzar, the 6th c. BCE king of Babylon, practically holding hands with Saddam Hussein, details the ways in which Muslim, pan-Arabist leaders appropriated the visual elements of pre-Islamic ancient heritage to place themselves and their regimes on a par with past rulers who claimed God-like authority. Each leader repurposed and redefined the ancient past to build a national identity that justified their own authority and valorized self-serving political actions as nation-building modeled on ancient greatness.

In Iraq, Saddam’s focus on the ancient past assisted domestic archaeological work.  Iraqi archaeologist Haidar Almamori told Snaije that “Honestly speaking, it was better then than it is now.” Snaije notes that Iranian archaeologist Kamyar Abdi has written that Saddam increased the budget of the Department of Antiquities by 80% and the number of excavation projects in Iraq were greatly expanded. 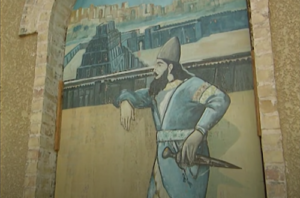 Relief in reconstruction of Palace of Nebuchadnezzar in Babylon. Screenshot from Journeyman Pictures, ‘Saddam Hussein’s Mission to Rebuild Babylon’, 2007.

Erik H. Kline wrote in an editorial, Saddam Hussein and History 101, on By George! Online:

“In the late 1980s he promoted the Iraqi Arts Festival called “From Nebuchadnezzar to Saddam Hussein.” He also had a replica of Nebuchadnezzar’s war chariot built and had himself photographed standing in it. He ordered images of himself and Nebuchadnezzar beamed, side by side, into the night sky over Baghdad as part of a laser light show. He has spent millions rebuilding the ancient site of Babylon, Nebuchadnezzar’s capital city, provoking fears among Christian fundamentalists who see this as one of the signs of the end times and the imminent approach of Armageddon.”

Snaije’s work is particularly valuable in bringing out the comments of cultural authorities who were present at the height of each strongman’s power.

Mohamed Ali Fakroun, director of international cooperation at Libya’s archaeological department discusses how Gaddafi’s personal perspective, his “unstable personality” and commitment to a Libyan version of pan-Arabism directed archaeological and museum work there. Gaddafi made museum staff change the names of rooms from “Greek” or “Roman” to ‘Greek colonization’ or ‘Byzantine colonization.’ 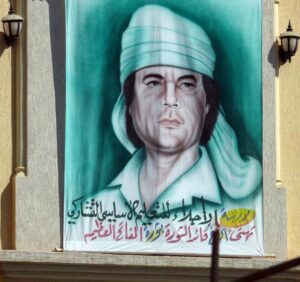 “We couldn’t talk about our Amazigh heritage, or objects that were Tuareg, we had to say they were Arab. We wanted to be scientific, but we couldn’t, because the only ethnicity that existed for him was Arab.”

Snaije’s research also led her to explore how foreign archaeologists became complicit in the authoritarian rulers’ retelling of history and use of the past riches for diplomatic purposes. She writes:

“Ali Othman, a Syrian archaeologist and heritage curator now based in Paris, explained there was a foreign policy element to the archaeological sites in Syria as well. Although the party’s historians had the upper hand in rewriting history, and the heads of the antiquities departments of the various sites were with the Baath party, the excavation of sites was most often left to foreign archaeologists, from France, Poland or Japan, for example. Othman added that the regime used its archaeological heritage “as diplomatic keys. Assad resolved his diplomatic issues with Europe and the U.S. by using culture as a bargaining point.”

“According to Othman, the foreign archaeological community understood the politico-cultural stakes and played along because they loved working on the sites in Syria. Othman said that when he was a civil servant working for the Directorate of Antiquities, he was always afraid to visit the Palmyra site because he couldn’t get way from the fact that there was a terrible prison, Tadmor, just nearby. “Archaeologists acted as if the prison wasn’t there,” he said.” 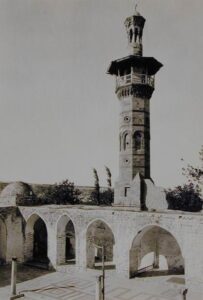 Although the Tadmor prison was notorious for extrajudicial killings, prolonged and continual torture of prisoners, and for the massacre of 600-1000 political prisoners by security forces the night after a failed assassination attempt on Hafez al-Assad, it was not the greatest horror Othman and foreign archaeologists would have been aware of. In 1982, the ancient city of Hama (a city continuously occupied since the Alexandrine period), that was a center for the Muslim Brotherhood in the 1970s and early 80’s, was besieged, bombed and much of it destroyed. Between 20,000 and 40,000 of its citizens were killed by forces under the command of Assad’s brother General Rifa’at al-Assad during a 27 day siege and occupation. One method used was to pump diesel fuel into tunnels beneath the Old City where people had hidden and shell those who tried to escape from their entrances with tanks. For Hafez al-Assad, his country’s heritage was only useful when it was useful to him, and he ruthlessly destroyed monuments and Syrian citizens alike when he was opposed.

Today, Syria’s Antiquities Department is busily engaged in rebuilding an Aleppo that was largely destroyed in the recent war. There are churches as well as mosques being reconstructed. Some observers see the choice of what to restore as less focused on helping civilians who have lost everything and more on reinforcing the message of Bashar al-Assad’s complete control. Russia is heavily involved in the reconstruction; Vladimir Putin has said that Russia is helping not only Christians but also Jews in the restoration of their shrines in Syria. Such Russian-sponsored reconstruction is open to more than a suspicion of geopolitical interest. (See Elias Gerasoulis, A geo-political perspective on the Turkish MOU, CPN, September 30, 2020.) There are said to be fewer than 20 Jews left in Syria, its ancient Jewish population having been driven out of Syria and other MENA countries in the 20th century and their property seized and still held by MENA governments. 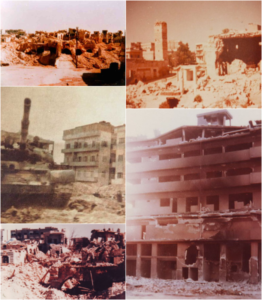 A montage of the 1982 Hama Massacre created from images available on the Wikimedia Commons. Author MrPenguin20, 3 April 2017, CCA-SA 4.0 International license.

While Saddam Hussein, Hafez al-Assad, and Moammar Gaddafi are no longer with us, they have been replaced by other authoritarian leaders far more skilled at using the message of ancient greatness to disguise and excuse their own failings. Syria’s Bashar al-Assad, Turkey’s Erdogan, Egypt’s Sisi, Azerbaijan’s Ilham Aliev, and China’s Xi are currently engaged in similar propaganda campaigns using issues of cultural heritage to link themselves to nation builders of the past.

And, just as Hafez al-Assad, Hussein and Gaddafi honored and exploited only the most profitable bits of their nations’ histories, today’s dictators have used their authority to diminish the contributions of minorities and remove uncomfortable elements from their national histories, following a similar propaganda plan by tearing down monuments of less favored periods and replacing them or rebuilding them to serve current interests.

READ MORE ON THESE SUBJECTS