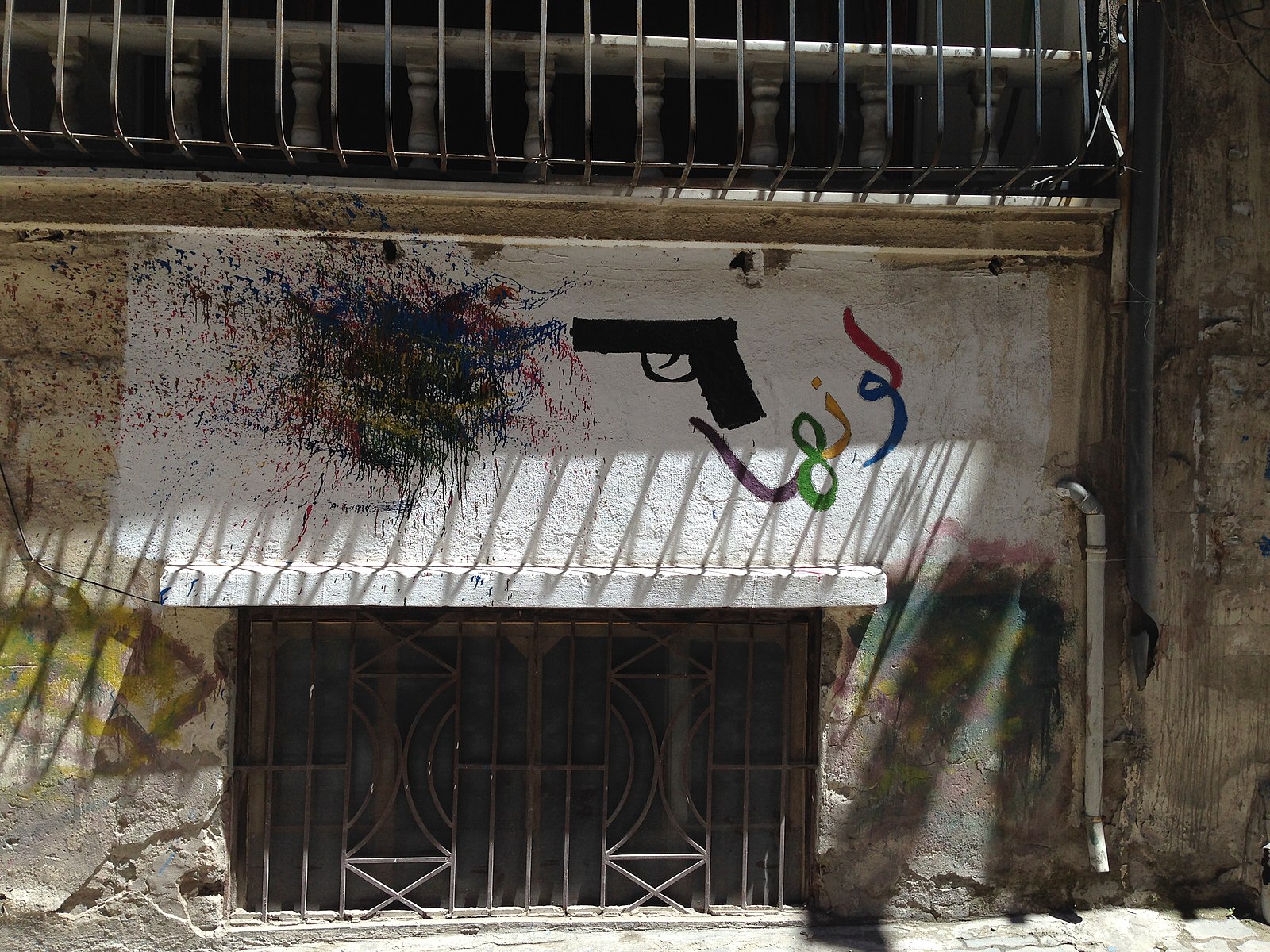 Murals in the city of Homs, Syria, painted in 2015 during the war that that started in 2011 and devastated the country. Аҧсшәа: مدينة حمص سورية 2015, Amgad Beblawi, Creative Commons Attribution-Share Alike 4.0 International license.

“No joke: UNESCO elects the “Syria Trust for Development,“ which was created by Syrian first lady Asma al-Assad to enrich her husband’s murderous regime, to a world body that protects cultural heritage. Because 2020 wasn’t already bad enough.” 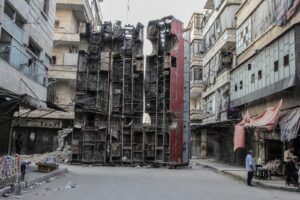 The Intergovernmental Committee for the Safeguarding of the Intangible Cultural Heritage is part of the International Evaluation Commission within UNESCO’s intangible cultural heritage branch. The election took place during the 15th session of UNESCO’s Intergovernmental Committee from December 14-18,  2020, an online event held in Paris, France. Documentation of the session is available. 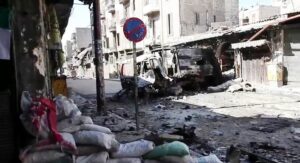 According to UN Watch:

“…a state involved in decimating the cultural traditions of some of its own ethnic groups should not be sitting in judgment on what cultures and traditions are worthy of preservation. After a decade of brutal civil war and appalling human rights abuses, the Syrian regime should not be rewarded by the United Nations by election to any committee.”

Other groups including the Middle East Institute and the Syria Campaign also reacted with outrage, stating that the Assad regime has been as complicit in destroying Syrian cultural heritage as ISIS. They accuse the regime of whitewashing its involvement in cultural destruction and human rights abuses and rewriting Syria’s heritage.

A damning article by Diana Darke, writing for the Middle East Institute states:

“The data shows that by far the greatest damage to Syria’s historic monuments can be laid at the door of the regime, just as figures confirm that 90 percent of civilians and 95 percent of medical workers have been killed by the regime.”

Ms. Darke lists several particularly destructive acts by the Assad regime. She notes that long before ISIS attacked it, the Syrian regime badly damaged Palmyra, installing a multiple rocket launcher in Diocletian’s Camp and shelling the Temple of Bel and points out that despite the regime’s 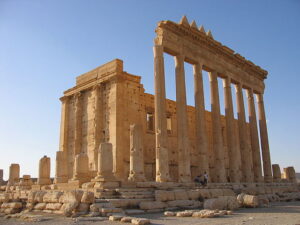 propaganda videos showing restoration at the Crusader castle of Krak des Chevaliers, it was the regime that dropped bombs inside it, blasting out the Gothic loggia, and doing the first damage to the castle in its 800-years.

It is not only monuments and entire cities that have been destroyed. Human Rights Watch described how the Syria Trust for Development has been involved with weaponizing humanitarian aid to Syria in its June 28, 2019 report, Rigging the System: Government Policies Co-Opt Aid and Reconstruction Funding in Syria.

“[T]he Syrian government has developed a policy and legal framework that allows it to co-opt humanitarian assistance and reconstruction funding to fund its atrocities, advance its own interests, punish those perceived as opponents, and benefit those loyal to it.”

“It shows that the government’s regular restrictions on the access of humanitarian organizations to communities in need or receipt of aid, selective approval of humanitarian projects and its requirement to partner with security-vetted local actors, while seemingly benign, ensure that the humanitarian response is siphoned centrally through and for the benefit of the abusive state apparatus, at the cost of preventing aid from reaching the population unimpeded.” 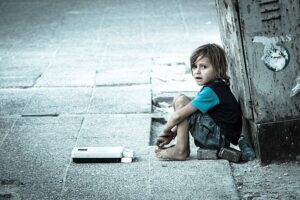 That UNESCO has given the Syria Trust any appointment at all within its cultural bodies is unfathomable. The ‘evaluation body’ to which the Syria Trust for Development was appointed is tasked with “the evaluation in 2021 of nominations for inscription on the List of Intangible Cultural Heritage in Need of Urgent Safeguarding and on the Representative List of the Intangible Cultural Heritage of Humanity, of proposed programmes, projects and activities that best reflect the principles and objectives of the Convention and of International Assistance requests greater than US$100,000.”

The appointment is just one of many examples of the continuing failure of UNESCO to criticize any member nation, no matter how brutal its oppression of its own people. UNESCO has now given cover to a known, corrupt, Syrian group, headed by a representative of a regime that has viciously destroyed its own people and culture.

The Syrian regime lost no time in taking political advantage of the appointment. A congratulatory article by Inas Abdulkareem in the Syria Times on December 17th, 2020, notes,

“The Trust’s victory in this site carries great importance in terms of representing Syria in a large international forum and devotes its presence in the field of protecting human heritage in general and Syrian heritage in particular.” 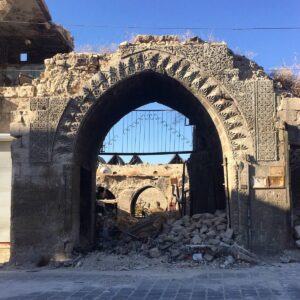 Bashar Al-Assad and his wife Asma al-Assad are the first individuals named among thirty-nine designations under the U.S. Caesar Act and Executive Order 13894 on June 17, 2020.  The Caesar Syria Civilian Protection Act (“Caesar Act”) is named after the photographer known as Caesar, who smuggled out photographs proving that the Assad regime was torturing and killing thousands of ordinary Syrians in its horrific prisons. The Caesar Act authorizes sanctions that prohibit travel and financial access to  individuals in the Assad regime in order to deny support to those who “wage war and commit mass atrocities against the Syrian people.” The Caesar Act Order 13894 aims “to target individuals and businesses that support the Assad regime and obstruct a peaceful, political resolution of the conflict as called for by UNSCR 2254.”

Less than a week after the December UNESCO vote for the Syria Trust for Development, the United States rolled out new sanctions on Syria that began by targeting first lady Asma al-Assad and her family. However, it should be noted that despite the Syrian regime’s willful violation of all the norms of international heritage protection, the U.S. State Department continues to advocate for “protection” of Syrian cultural heritage under U.S. law, including returning Torahs and other religious artifacts of its Jewish population, driven out of Syria, to the Assad regime.