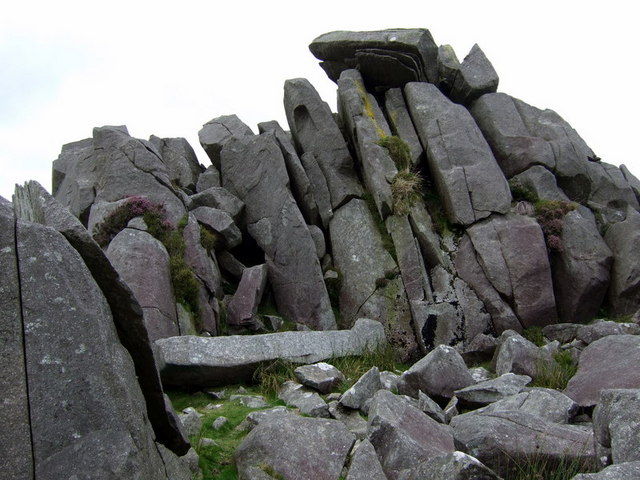 Stonehenge, one of the most famous ancient monuments in the world, was constructed by ancient builders using the most primitive of tools during the Neolithic period, between 4,000 to 5,000 years ago. Stonehenge’s largest standing stones are known to have been quarried from local sandstone, but its smaller ancient “bluestones” were thought to have come from an unknown location in Wales’ Preseli Hills, some 140 miles away from the ancient site. Archaeologists centered at University College London (UCL) recently announced they had discovered the actual locations from which some of the bluestones were quarried.  Other researchers disagree. They claim the UCL-based team is mistaken. In fact, they say the archaeologists themselves inadvertently created the scanty evidence of deliberate removal of the stones and that there is no actual archaeological data supporting the UCL claims.

The UCL-based team has proposed that the outcrop of Carn Goedog is the source of ‘spotted dolerite’ bluestones and of Craig Rhos-y-felin for one of the ‘rhyolite’ bluestones. The volcanic and igneous rock formations at the sites form natural pillars, so that prehistoric workers could insert wooden wedges into the cracks between the stone sections and then allow rain to swell the wood and expand the space between them to separate the pillars from the rockfaces. The loosened stones would have been lowered to platforms of earth and stone, and then dragged along pathways that led out of each quarry.

The UCL-based team says the bluestones appear to have been quarried about 3400-3200 BC and were not put in place at Stonehenge for some 500 years. The researchers think that they were likely used for a local monument and then later recycled into the Stonehenge monument.

Professor Parker Pearson of the Department of Archaeology at University College London said of the means used to get the stone to the Stonehenge location more than a hundred miles away, that either a sea route or an overland route could have been used. “Personally I think that the overland route is more likely. Each of the 80 monoliths weighed less than 2 tons, so teams of people or oxen could have managed this. We know from examples in India and elsewhere in Asia that single stones this size can even be carried on wooden lattices by groups of 60 – they didn’t even have to drag them if they didn’t want to.”

Dr. Brian John, Dr. Dyfed Elis-Gruffydd and John Downes, writing in the Journal Archaeology in Wales, vehemently disagree. These three scientists pointed out that the UCL-based team has found no evidence of artifacts, bones, or tools at the supposed quarry sites. They note that there are ‘no traces of human intervention in any of the features that have made the archaeologists so excited’. These scientists believe that the rhyolite debris at Stonehenge, studied by both groups, instead comes from stones left behind after a glacier melted. Their alternative theory proposes that the rocks were eroded from the Rhosyfelin rocky crag, and that the overriding Irish Sea Glacier then moved the rocks eastwards by ice towards Salisbury Plain.

The team of scientists making the claim that the two sites are actual sources for Stonhenge’s rocks is from the University College London, University of Manchester, Bournemouth University, University of Southampton, University of Leicester, Amgueddfa Cymru – National Museum Wales, and Dyfed Archaeological Trust.