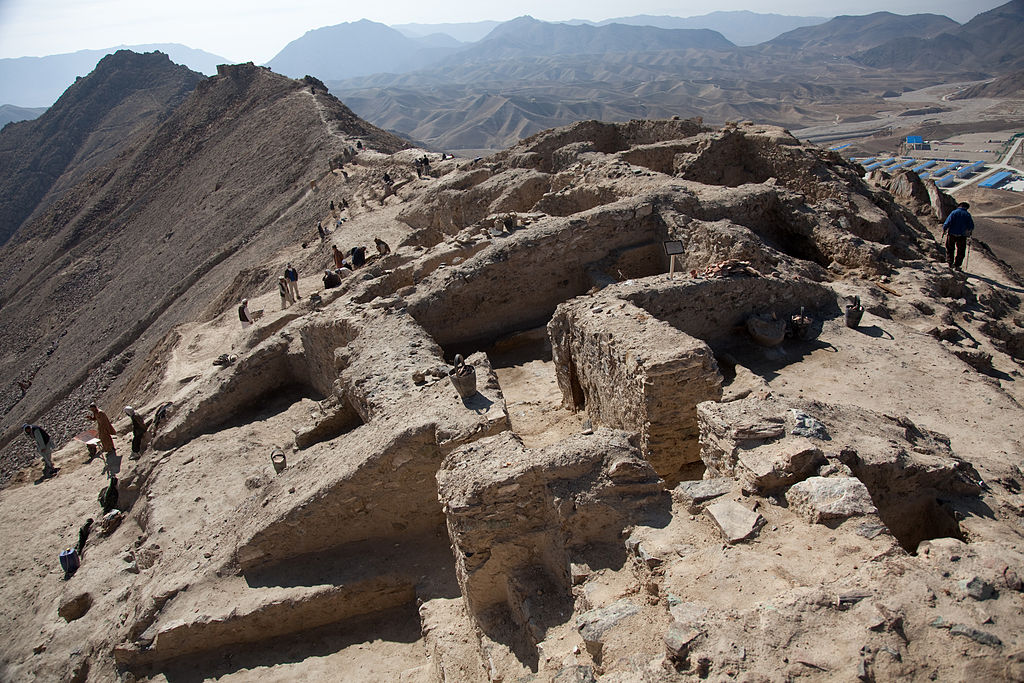 Mes Aynak site with Chinese camp in the background. Photo Jerome Starkey, via Wilimedia Commons. Archeologists have uncovered countless artifacts at an ancient Buddhist settlement south of Kabul: an ancient copper mine, a series of monasteries, and homes or workshops. 14 November 2011. https://commons.wikimedia.org/wiki/File:Mes_Aynak_Jerome_Starkey.jpg 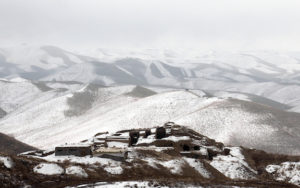 “Mes Aynak is the most important discovery of the century. Destroying Mes Aynak would be like destroying Atlantis.”

An April 3 announcement on Afghanistan’s Tolo News site appears to dash all hopes of preserving the ancient Buddhist site of Mes Aynak, whose shrines, stupas and sculpted figures of Buddhas and Bodhisattvas are scattered across a 100 acre site in the Baba Wali Mountains near Kabul. The ancient site sits on top of an estimated $80-100 billion dollars’ worth of copper and other minerals. Afghanistan’s Ministry of Mines and Petroleum (MoMP) announced that all conditions have been facilitated for the resumption of extraction at Mes Aynak. “There were some initial problems. The Islamic Emirate has resolved the problems to the furthest extent,” said Esmatullah Burhan, a spokesman for the Ministry of Mines.

The announcement said nothing about protecting or preserving the sites discovered so far at Mes Aynak, which include dozens of temples, and monasteries filled with painted murals, elaborate stupas and hundreds of statues, many in an extraordinary state of preservation, but too fragile to be moved. The years of excavations at the surface have only begun to expose its riches, which include not only Buddhist artworks but also hundreds of ancient manuscripts. 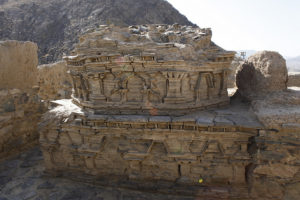 According to the Tolo report, “The Islamic Emirate is also planning to construct a railway from Torkham crossing in Nangarhar to Hairatan port in Balkh as well as to form an electric company.” The agreement which was signed between the Afghan government and the Chinese developers anticipates that they will extract 6.8 billion cubic meters of copper from the site.

International media had recently expressed hopes that the Taliban government would make some effort to preserve the site and artifacts. More cynical Afghanistan observers (including this writer) have been skeptical about recent Taliban claims that preserving the Buddhist site was important for the country’s cultural heritage. Instead, it appears that claim was a bargaining ploy for a better deal from the Chinese development companies.

The Taliban’s stated position on Mes Aynak’s  future has rapidly altered. A March 27 article in The Diplomat heralded a supposed change of heart by a local commander, Hakumullah Mubariz and his Taliban superiors. Journalist Samya Kullab described a new-found passion among the Taliban to protect the Buddhist site.

These are the same Chinese companies that planned to completely destroy the site by turning it into an open pit mine, and the same Taliban who frightened off the MCC staff and killed Afghan archaeologist Abdul Wahab Ferouzi by setting off a roadside bomb in 2018. 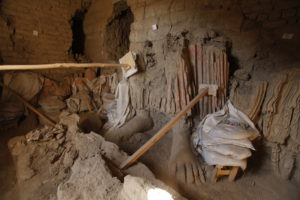 Taliban Acting Minister for Mining and Petroleum Shahbuddin Dilawar, one of the first Taliban officials to reach out to the Chinese government and MCC, was also ostensibly eager for the site’s preservation. Dilawar is said to have dismissed the original open pit mine plan and argued for the more costly approach of working the site with underground tunneling.

The Taliban are skilled at manipulating the press and are no novices at mining either. Prior to the Taliban takeover in August 2021, illegal mining in Afghanistan (and taxing the proceeds) provided them with an estimated annual income of over $400 million, even more than what they earned from poppy.

Neither Dilawar nor representatives of MCC, a corruption tainted Chinese mining joint venture, said what prompted the last week’s reverses in position, from demanding the most rapid mineral extraction to putting it off until the Buddhist site is preserved and back to beginning extractive work immediately. However, in initially claiming that they wanted to preserve the site, neither MCC and the Taliban had said how this would be achieved. Neither addressed the logistics of excavating the remaining site through salvage archaeology or provided specifics on how its fragile mud-brick-foundation sculptures and murals would be transported intact to Kabul. This week’s announcement that mining will resume casts those former hopes for preservation into doubt. 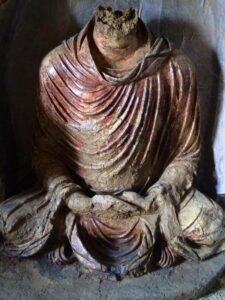 Why bother about the site’s cultural riches at all? In all likelihood, both sides were expressing a bargaining position that each intended to abandon when the mining deal was actually struck. Now they have turned again to move full-steam ahead with the mining project.

Furthermore, in light of how Taliban decisions on Afghanistan’s ancient heritage have been made in the past, it should be clear that only the highest level of Taliban officials, still ensconced in Kandahar, away from the Kabul ministries, can guarantee a future for Afghanistan’s tangible past.

The Taliban’s pattern of governance has been that any policy development among the middle ranks is subject to arbitrary reversal at the highest level, and that no explanation is needed or given. This is how the Bamiyan Buddhas and Kabul Museum collections were ordered destroyed. And if the Taliban are so eager now for the protection of cultural heritage, why are the cliffs that hold hundreds of Buddhist era caves in Bamiyan in central Afghanistan being undermined and split by covert digging authorized by local Taliban, while a coal depot and heavy truck road has been built where the Buddha stood?

The Taliban badly need Chinese mining revenue and China’s political support. China had already said that Dilawar’s underground mining plan was unworkable. Although the terms of the agreement were not announced, it’s known that MCC was seeking to renegotiate the contract to reduce taxes and cut the Afghans’ 19.5% royalty rate by nearly half. Under its contract with the former Afghan government, MCC did not build the promised railroad, coal power plant, or take steps to ameliorate the destructive impact of toxic effluent and environmental damage to the surrounding communities. But the Chinese hold an unassailable position as the only buyers ready to take on the immediate extraction of Mes Aynak’s rich copper reserves. 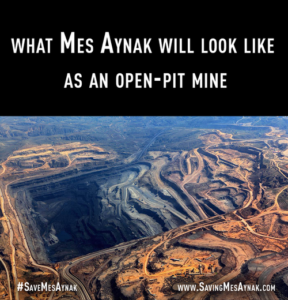 There is no way of knowing what other promises the Taliban have made to China. The Taliban knew how eager MCC was to get started on extraction and could increase the pressure through their ostensible commitment to preserving the Buddhist site, however inconvenient that was for MCC. The Taliban could also bargain over China’s demand to return Uyghurs in Afghanistan to China, where they will likely be imprisoned or worse. They could also promise to cooperate in many other ways with China on its far-reaching Belt and Road Initiative. Altogether, preserving Mes Aynak’s Buddhist heritage seems to have meant little to either party and its sacrifice is no surprise.