Home > Global Art > Bamiyan: What Lasted for 1500 Years Will be Gone in Ten

Bamiyan: What Lasted for 1500 Years Will be Gone in Ten

A coal depot within feet of the Buddha’s niche; illicit excavations apparently sanctioned by Taliban. 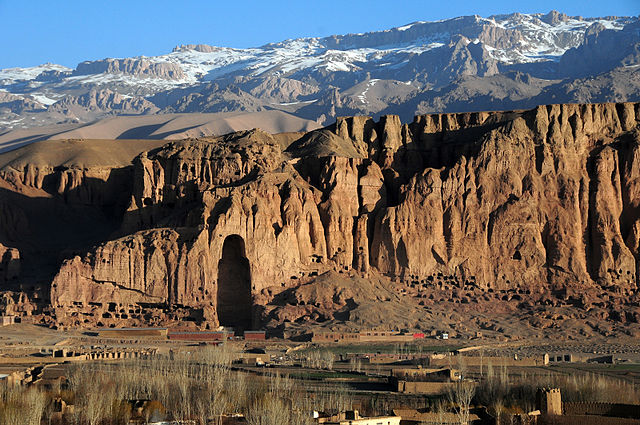 “What remains in Bamiyan, the niches and the cliff, will collapse in the next ten years if the current mismanagement, unplanned excavations and disorder continues. It is a very realistic view and we should not fool ourselves otherwise.”
Ghulam Reza Mohammedi, formerly UNESCO coordinator for Bamiyan.

“…Depriving a society of culture will damage an already traumatised nation, which was only just starting to see the benefits of a generation of exposure to culture. That sense of hope has just been crushed. But history does have a cyclical effect and no government remains in power forever. The best we can hope for is that culture has been put to sleep in Afghanistan—and will awaken when the situation changes.”
Anonymous curator, August 2021 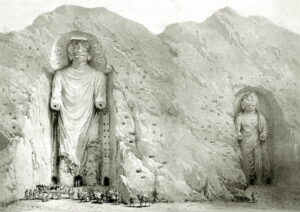 The Bamiyan Valley was once a magical place. Its gardens and green fields stretched across the valley, linking cliffs that held giant 1500 year old Buddhas with the broken walls of the citadel of Shar-i-Gholgola, the ancient City of Screams, in the valley’s center.

In 721 CE, a young Korean Buddhist monk name Hyecho crossed all of Asia, from Indonesia to India and into Afghanistan and Persia before taking the long trek through Central Asia into China and home. He described his travels in a manuscript found by Paul Pelliot in the Library Cave in Dunhuang in 1908:

“From Zabulistan, I traveled north for seven days until I arrived in Bamiyan…The weather here is very snowy and cold… The king, chiefs, and commoners all greatly revere the Three Jewels. There are many monasteries and monks and both Mahayana and Hinayana are practiced.”

As described by the Chinese pilgrim Xuanzang and other travelers in the early 6th and 7th centuries, spectacular rituals took place at the shrines. It is thought that the statues wore wooden masks, were dressed and gilded – even set with precious stones. Even in the 20th century, their niches and hundreds of smaller caves carved in the rock of the cliffs were painted with colorful frescoes of devotees, enlightened beings, and magical animals circled by pearl roundels. 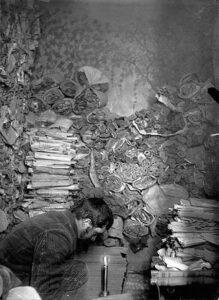 Despite periodic defacement and the ravages of time, the Buddhist statues in what was once a stopping place along ancient trading routes survived more than a millennium of Muslim Turko-Persian empires and Pashtun-ruled Afghan kingdoms. By the 20th century, Bamiyan’s giant statues and hundreds of painted caves and grottoes had become honored and well-loved symbols of Afghanistan’s ancient history.

When the Taliban came to power in the late 1990s, however, the Buddhas became a subject for jihadist propaganda and political jockeying with the West. For years, the Taliban leadership had made contradictory statements about whether Afghanistan’s pre-Islamic history should be preserved. In March 2001, supreme leader Mullah Omar publicly denounced the Buddhist statues as idols.

The Buddhas’ deliberate destruction with mortar fire and explosives left the world horrified. The blowing up of the 180 and 125- foot-tall Bamiyan Buddhas by the Taliban was one of the most shocking examples of the destruction of ancient heritage in modern times.

Soon after, the Taliban went even further, smashing the irreplaceable holdings of the Kabul Museum with sledgehammers and leaving a black hole in history.

For the past two decades, the massive, empty niches carved in the cliff have stood as eloquent testimony to their former glory. After the Taliban were driven out, staff at the Kabul Museum faced the near impossible task of reconstructing statues from broken fragments. Afghan and foreign specialists revived their researches in the Bamiyan Valley and attempted to stabilize the cliffs that had held the Buddhas.

The Afghan government and various NGOs spent years arguing over whether it was possible to rebuild or replicate the Buddhas in some form (the Afghan government wanted to rebuild at least one). Even more time and money was spent in developing plans for the valley – a cultural masterplan developed with UNESCO in 2007, and an overall plan for urban development in 2019. 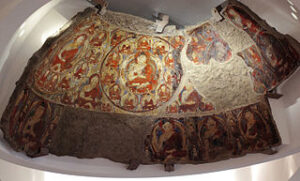 Mirella Loda, Bamiyan’s strategic master plan project coordinator, told The Art Newspaper this month that, “This is the consequence of this situation where we, as Western countries, have not decided yet what to do with the area [Afghanistan]. And Unesco is waiting for Western countries to decide because Unesco cannot actually intervene in any case without donors.”

During the Karzai and Ghani governments, there were actions by multiple groups in the valley. A cultural center began construction in Bamiyan in 2018 that was funded by the South Korean government. Plans for conservation of remains and even rebuilding of the Buddhas were floated for years; a German group actually partially rebuilt on of the Buddha’s feet and legs in 2013, without UNESCO Authorization.

The structure of the cliffs was analyzed, with disturbing results. According to Ghulam Reza Mohammadi, formerly UNESCO coordinator for Bamiyan now in exile in Germany:
“We carried out a damage assessment of the 2001 explosions, which illustrated that cracks of up to 30 meters had formed through the depth of the cliff.”

ICOMOS’s Bert Praxenthaler worked during the Karzai regime to tray to stabilize the niche, pumping 20 tons of mortar into cracks. His team then drilled and inserted in steel rods to support the walls. Praxenthaler stated in 2010 that without that stabilization, a single earthquake could bring it all down. 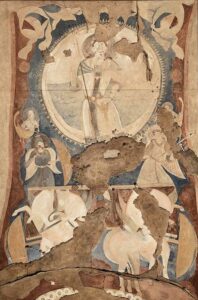 God Surya, Bamiyan, image from the niche above the Buddha’s head. By Jean Carl, 1935. Public domain.

Afghan archaeologist Zemaryalai Tarzi spent a decade with teams of students from Strasbourg searching the Bamiyan Valley for other remnants of Buddhist sites, finding cave shrines, a stupa, small statues and other relics but not a 1000-foot reclining Buddha described in an ancient traveler’s text.

However, the Taliban are back in charge. The place where the Bamiyan Buddhas stood, already inadequately protected from past development by allies of the former Afghan government, is being defaced by digging for antiquities, apparently with the knowledge of Taliban officials. No one is taking responsibility for the new excavations, but the site was closed to the public during the digging and the excavators were clearly acting with impunity. According to Ghulam Reza Mohammedi, the former UNESCO co-ordinator, witnesses said the excavators were speaking Urdu; in other words, they were Pakistani. Bamiyan’s governor first acknowledged and then denied that digging had taken place.

The entire Bamiyan Buddhist site may now be threatened by these unauthorized excavations done under the aegis of the Taliban. In late January 2022 there was new digging reported in two areas, both in the cliff above the larger Buddha niche and directly at its base. Mohammedi said that cracks left by the digging will significantly increase the site’s vulnerability and will let in water and snow that will freeze and could cause collapse of the whole cliff.

Storage rooms and gates have recently been broken and contents stolen or vandalized. There are no more guards and the caves are unprotected.

There is continuous damage to the site as well through vibrations from heavy machinery. A large coal depot has been constructed right at the base of the largest Buddha’s niche, and heavy trucks deliver tons of coal daily. These have also reportedly damaged a Kushan cemetery close by.

There are new, heavily used roads through the valley and completely uncontrolled construction is taking place on UNESCO listed (and supposedly protected) lands near the site. Dozens of old shipping containers line the streets and are being used for businesses, loading bays, new homes and stores. 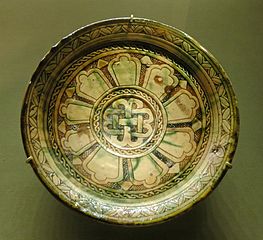 The sites of Shar-i-Gholghola and Shar-i-Zohak in the valley were abandoned in 1221 CE after the slaughter of Bamiyan’s inhabitants by a Mongol army in revenge for the slaying in battle of Mutukan, a grandson of Chengiz Khan. The Art Newspaper obtained recent photographs showing burned and scattered objects from the Shar-i-Gholghola site storage depot and rooms within the citadel. The Taliban’s neglect of the sites ensures that archaeologically important objects and the remaining buildings will suffer further uncontrolled losses.

Before the Taliban takeover, with international archaeological funding sponsoring multiple cultural projects at Bamiyan, the valley’s Hazara community had plans to enable limited development but preserve the valley’s integrity. Observers now foresee an ugly and depressingly rapid end to the remnants of the Buddhist site and the isolated beauty of the Bamiyan Valley. The deliberate neglect of the site by officials beholden to the Taliban government means there is little hope to preserve any semblance of the ancient World Heritage site where the Buddhas once stood. 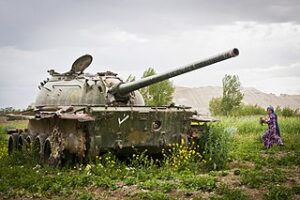 A major museum curator with deep connections to Afghanistan’s cultural sector was asked in August 2021 by Martin Bailey of the Art Newspaper whether the Taliban’s statement that they would protect heritage could be believed. Speaking anonymously, he made a prescient assessment of Afghanistan’s future under extremist Islamic rule:

“Do leopards change their spots? One only has to look at the command structure of the Taliban and their supporters to feel that there won’t be much of a change from 2001—and it might well be worse.”

The curator’s astute analysis appears all too accurate today. Speaking from the U.S. on the 21st anniversary of the Buddha statues’ destruction, Ishaq Mowahidi, formerly chief of Bamiyan’s Ministry of Information and Culture said that, “The Taliban claim they are different from 20 years ago, but their negligence in looking after these sites shows that they have not changed at all. This shows they are still unwise and against humanity.”