Home > US Art News > US Gives China License to Loot

US Gives China License to Loot 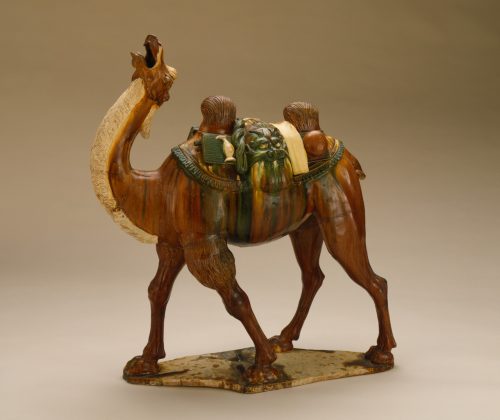 A booming market for Chinese artwork and antiquities in Mainland China makes a mockery of a US-China agreement in place since 2009 and due for renewal in 2018. The same objects restricted from import into the US are now sold in galleries and at auction right next door to the People’s Republic in semi-independent Hong Kong – where in 2016, almost $900 million in Chinese art sold at Sotheby’s and Christie’s auctions alone – accounting for 46 percent of sales of Chinese arts and antiques “overseas.”[note]ArtNet Report at 20[/note] 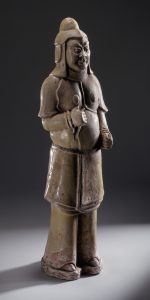 Report after report concedes that the Chinese art market has rapidly become the largest art market in the world. China’s cultural property laws expressly permit the sale of cultural relics that are not already owned by the state. And the past several years has seen China institute new policies and regulations that make it easier than ever to import and acquire Chinese art and antiquities in China—incentivizing demand by increasing the supply.

According to a comprehensive study published this year by Artnet and the China Association of Auctioneers, while overseas auction sales in Chinese art and antiques experienced a 5% decline between 2015 and 2016, the auction market in Mainland China saw a 7% increase in total sales value of art and antiquities, reaching $4.8 billion in 2016.[note]Artnet and Chinese Association of Auctioneers, Global Chinese Art Auction Market Report 2016 at 9, 13 (2016)[/note] Even more curiously, after the enactment of the original MOU with the United States in 2009,  the auction market for art and antiques in mainland China experienced a 500% growth between 2009 and 2011, and by 2011, the Chinese auction market surpassed all other countries in the world with $9.3 billion in total sales value.[note]Global Chinese Art Auction Market Report 2016 at 12. Between 2009 and 2011 auction sales of arts and antiques overseas had also expanded by 278%.[/note]

Even in 2014, the year after the MOU’s first renewal, statistics show that the fastest growing imports into China were art, antiques, and collector items, which increased at a staggering 2281% rate, while export of art, antiques, and collector items increased by 320% percent.[note]Dezan Shira & Associates, Importing and Exporting in China: A Guide for Foreign Trading Companies at 5 (2015), https://keitercpa.com/wp-content/uploads/2015/07/Importing-and-Exporting-in-China.pdf[/note][5]

Looting in China still exists. There has been evidence of continued looting of tombs and cultural heritage sites in China. In 2016, China’s State Administration of Cultural Heritage reported 103 cases of tomb robbing and theft of cultural relics and some estimate that eight out of every 10 tombs in China have been plundered.[note]Provinces like Henan, Shaanxi, and Shanxi have been especially hard hit. Amy Qin, Tomb Robbing, Perilous but Alluring, Makes Comeback in China, NY Times, July 15, 2017, https://www.nytimes.com/2017/07/15/world/asia/china-tomb-robbing-qin-dynasty.html?_r=1.; See also 11 Sentenced for North China Tomb raiding, China.org.cn, July 26, 2017, http://www.china.org.cn/china/2017-07/26/content_41291591.htm[/note]

But the increase in tomb robbing is due to internal factors in China. Reports have blamed a recent spike tomb-robbing of Chinese cultural sites with the romanticization of tomb-robbing in Chinese pop culture, with movies and television series such as Grave Robbers’ Chronicles, which was specifically cited by a 2015 looter as the inspiration for his own looting of a tomb in the Zhejiang Province.[note]Amy Qin, Tomb Robbing, Perilous but Alluring, Makes Comeback in China, NY Times, July 15, 2017, https://www.nytimes.com/2017/07/15/world/asia/china-tomb-robbing-qin-dynasty.html?_r=1[/note] More importantly, commentators in China and abroad have also noted the correlation between “the national fervor for antique collecting” and the recent spike in looting of cultural sites.[note]http://www.china.org.cn/china/2017-07/26/content_41291591.htm[/note] Even for proponents of the MOU, it is undeniable that the Chinese art market is now  “the world’s largest market for art and antiquities.”[note]Deborah Lehr and Katie Paul, The Potential Dark Side of China’s Art and Antiquities Boom, Aug. 12, 2016, https://thediplomat.com/2016/08/the-potential-dark-side-of-chinas-art-and-antiquities-boom/[/note] 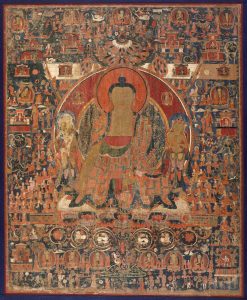 China ostensibly combats the looting of Chinese cultural sites through harsh penal laws, increased surveillance, and monetary rewards for the return of cultural relics. In September 2017, The State Administration of Cultural Heritage in China announced its intention to “crack down” on tomb-raiding and other crimes that damage cultural heritage.[note]Hu Yongqi, Nationwide crackdown set to protect cultural heritage sites, The State Council, The People’s Republic of China, Sept. 23, 2017, http://english.gov.cn/state_council/ministries/2017/09/23/content_281475878270262.htm[/note] The State Administration of Cultural Heritage had previously announced that all cultural relics looted during wartime or from illegal excavation would be banned from being auctioned in China and gave the Chinese government priority in buying cultural relics.[note]Nectar Gan, China bans looted antiques from going under hammer at mainland auction houses, South China Morning Post, Nov. 02, 2016, http://www.scmp.com/news/china/policies-politics/article/2042322/china-bans-looted-antiques-going-under-hammer-mainland[/note]

However, the announcement ignored the fact that the most valuable sales of Chinese antiquities occur in overseas markets, not only London, Paris, and New York, but most especially in next-door Hong Kong.

China appears to be doing everything in its power to monetize its cultural property. China’s cultural property law is far more welcoming to private ownership and trade of cultural relics than other source nations and expressly permits Chinese citizens and other organizations to purchase cultural relics from stores, auction houses, and “other lawful channels prescribed by the State.”[note]Law of the People’s Republic of China on Protection of Cultural Relics, art. 50. Cultural relic stores must, prior to sale, engage the administrative department for cultural relics to verify the object. art. 56. The only prohibition on sale of cultural relics in China are on state-owned cultural relics, and those “valuable” cultural relics  in the collections of cultural institutions.[/note] Nothing in this law prohibits the import of allobjects predating the end of the Tang Dynasty (AD 907).

Reports indicate that China is making efforts to exclude foreign trade of Chinese art and antiques, and instead consolidate and encourage the trade within China’s borders.[note]Deborah Lehr, China’s Art Market is Booming—Just Not for Foreigners, Huffington Post, Mar. 1. 2017, https://www.huffingtonpost.com/entry/chinas-art-market-is-booming-but-not-for-foreigners_us_58b6fb0de4b0563cd36f6399[/note] Most recently, in January 2016, China’s Ministry of Culture further eased restrictions by issuing “Measures on the Administration of Artwork Trade (MOU Order No. 56).” Under MOU Order No. 56, which came into effect in March 2016, dealers now only need to obtain a standard business license and register with the Ministry of Culture.

Between 2012 and 2017, China has lowered import taxes on certain art from 12% to 3%, encouraging imports. If that was not enough, the introduction of free ports and free-trade zones in Beijing, Shanghai, Guandong, Tiajin, and Fujian since 2012 have incentivized the import of artwork from abroad by permitting storage of artworks free of import taxes.[note]Jason Chow, Chinese Create Tax-Tree Zone for Art, The Wall Street Journal, Mar. 24, 2013, https://www.wsj.com/articles/SB10001424127887323854904578261171833355606.; Beijing Freeport: China’s capital massive tax-free art storage facility — media round up, Art Radar Journal, Aug. 8, 2012;  Global Chinese Art Auction Market Report 2016 at 18; George Chen, Shanghai’s free-trade zone threat to Hong Kong art auctions, South China Morning Post, July 5, 2013, http://www.scmp.com/business/china-business/article/1275544/free-trade-threat-hong-kong-art-auctions[/note] And Chinese art and antiquity collectors have gotten wise to the free-port system—Collectors are sending objects purchased at auction to free-port warehouses and then “borrowing” the objects for lengthy periods of times, all while avoiding potentially millions of dollars in taxes.[note]Olivia Geng, Artful Dodge: Why Chinese Collectors Are ‘Borrowing’ Their Own Pieces, The Wall Street Journal, Jul. 28, 2014, https://blogs.wsj.com/chinarealtime/2014/07/28/artful-dodge-why-chinese-collectors-are-borrowing-their-own-pieces/[/note] 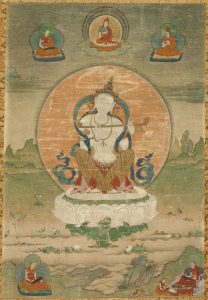