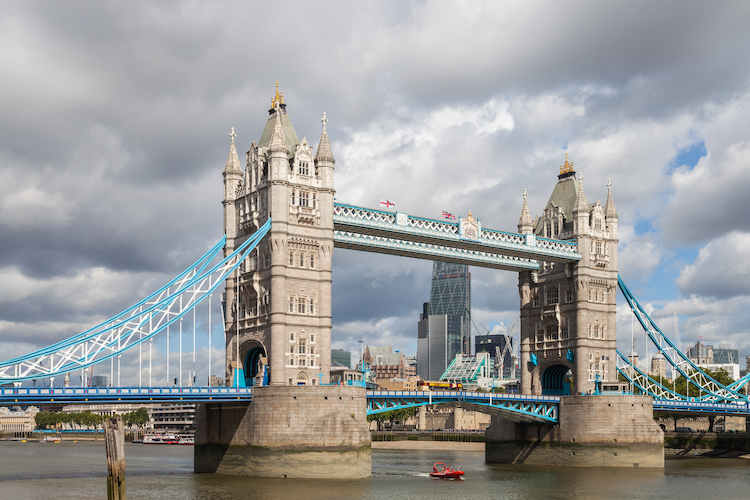 The Tower Bridge, a bascule and suspension bridge in the center of London that crossing the River Thames. Photo by Diego Delso, delso.photo, License CC-BY-SA, Wikimedia Commons.

The possible consequences of the UK leaving the European Union on January 1, 2021 have long loomed over the UK art market –Brexit was seen by most in the art world as another expected business barrier after a year of government chaos, near collapse of the British medical system and crushing business, school and museum closures.

There are many practical concerns about how the UK’s active trade with EU nations will continue across borders, although these are expected to resolve themselves over time. Most art is not subject to high tariffs, so increased duties are less likely to be a problem in the art industry than in others. However, the art trade will find less freedom of movement overall; access to European markets, particularly art fairs and other time-limited venues, will be harder under EU import restrictions. 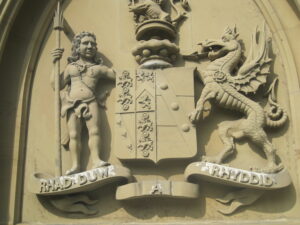 Mausoleum in Churchyard of the Church of St George, Llan Sain Siôr, a small village in the county borough of Conwy, Wales, photo by Llywelyn2000, 17 September 2014, CCA-SA license, Wikimedia Commons.

Art dealers know that they will face more red tape for shipping. Exporters will have to obtain an Economic Operator Registration Identification (EORI) number in order to file customs declarations; they will likely need a professional shipper and agent familiar with EU export and import; export licensing processes for CITES will change, and dealing with VAT will be more complex.[i]

However, at least one change as a result of Brexit may permit a more continuous trade in antiques and antiquities in the UK than in the EU. At least for now, UK dealers will not be burdened by regulations similar to the Regulation on the introduction and import of cultural goods[ii] recently adopted by the EU that severely restrict the importation of cultural objects over 250 years old. The EU rules require a special license for import of certain values and types of art and antiques and for all ‘archaeological materials.’ Goods entering from outside the EU must be provided with proof of legal export to EU authorities in the form of a permit for export from the country of origin.[iii]

The European Union (Withdrawal) Act 2018 covers the incorporation and adaptation of EU law into UK statute. While it is possible that the UK will later adopt legislation mirroring the EU importation regulation, passage in the UK of implementing laws does not seem imminent. That potentially benefits UK dealers, because the EU regulations are widely seen as impossible to comply with – an insurmountable barrier to importation for many objects lawfully owned for decades. The regulation fails to acknowledge or provide for the fact that very few artworks and antiquities in circulation have the kind of export documentation that the regulation requires, since art source counties failed to provide it (while often tacitly allowing export even when forbidden by national law) and since proof of licit export was never previously required by customs for entry into the US or EU. Some feel that Regulation (EU) 2019/880 is likely to eliminate the majority of the export trade in older artworks from the US and UK to the EU.

Most art source countries, even those like Egypt, that had legal markets until the 1980s, failed to keep records or to provide export documents sufficiently detailed to meet current EU requirements.

Passage of the EU regulation on imports was fraught. Proponents argued that there was a multi-billion dollar trade in illicit antiquities and made baseless claims that the art market funded terrorists. The European Parliament has stated repeatedly the antiquities market is a haven for illicit traffickers and a source of funding for Middle Eastern and African extremists – all of which has been contradicted by police and World Customs Organization data as well as by a major RAND Corporation study.[iv] It was even contradicted by the European Parliament’s own commissioned research by Deloitte.[v] 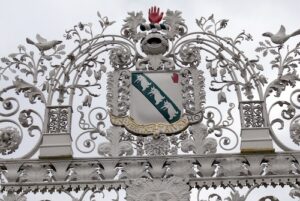 Anthony Browne of the British Art Market Federation told the Art Newspaper in 2018, when discussions on the new EU law were ongoing, that the EU licensing requirements “set levels of due diligence that are unattainable, impose licensing costs that would make a significant part of the market uneconomic and cause lengthy delays that would make the temporary import of goods for exhibiting at fairs impossible.”[vi]

Vincent Geerling, head of IADAA, which has worked for years with CINOA and BAMF to bring solid, accurate data on the antiquities market to European Parliamentarians, stressed that the regulations are “not necessary, are based on a false premise, are inappropriate, ill-thought out and potentially highly damaging for the trade.”[vii]

However, most European legislators have been unable or unwilling to grasp the facts. A notable exception was Daniel Dalton, a former Member of the European Parliament who was one of two rapporteurs on the legislation adopted on by the EU. He was by far the most knowledgeable MEP regarding the legitimate concerns of the art market during the discussions on the EU import rules. In an interview recorded in December 2020 with Ivan Macquisten of the Art Newspaper, Dalton stated flatly that the UK does not intend to adopt legislation paralleling that of the EU.[viii] This was confirmed to Macquisten by Anthony Browne of the British Art Market Federation in January.[ix]

UK imports are already subject to restrictions under several domestic laws and legislation implementing international agreements. The Dealing in Cultural Objects (Offences) Act 2003 makes it illegal to import or trade in objects illegally excavated or removed from a monument[x] The Cultural Property Armed Conflicts Act 2017 (“CPACA 2017”) established the UK’s obligations under the 1954 Hague Convention for the Protection of Cultural Property in the Event of Armed Conflict.

Ivan Macquisten has noted nonetheless that it is likely that UK dealers will have to acquire their inventory and plan their business strategies with the EU rules in mind – because UK art dealers will need to trade with the EU and to participate in art fairs there in order to thrive. He stated in a December online interview with The Art Newspaper that the most challenging and burdensome requirement now facing UK art dealers may instead be new anti-money laundering legislation.

The UK already has anti-money laundering law in place, the Money Laundering and Terrorist Financing (Amendment) Regulations 2019.[xi] The 2019 Regulations require art dealers and others even tangentially involved in a transaction of EUR10,000 or more to collect and report information about their customers. Macquisten noted that this legislation will require a better definition of what is an antiquity and who needs to report, together with a revamping of current Customs categories and codes. The requirement that art dealers confirm and report not only clients’ identification, but also that they report financial information to authorities may discourage potential buyers concerned over privacy from participating in the market. 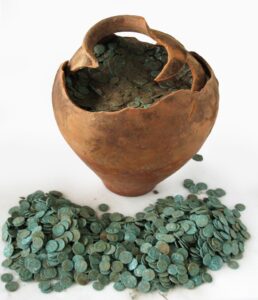 The UK announced in a press release on December 4, 2020 that it has completed public consultations begun in 2019 and will redefine ‘treasure’ to broaden the scope of archaeological finds protected under the Treasure Act of 1996. The current definition of ‘treasure’ is largely based on the age and amount of precious metals in an object – items considered ‘treasure’ are over 300 years old, made of gold or silver or found with artefacts made of precious metals.

Persons who find items that might constitute treasure have been required to report the find to the local coroner within two weeks. Failure to notify the coroner is a crime. The coroner would hold an inquest to determine if the find was treasure, and if so, the finder was required to offer it to a museum for sale, the price being determined by a board of experts. The finder would take a share of the value as a reward. If no museum wishes to acquire the find, the finder could keep it and offer it for sale.[xii]

Though in certain circumstances the Secretary of State has the power to designate an object at least 200 years old as ‘treasure’ due to its “outstanding historical, archaeological or cultural importance,” some objects of national importance have not qualified and have remained in private hands.

The government announcement cites to “a bronze-enameled horse brooch from between the second and fourth century AD which resembles earlier designs of the Iron Age period,” and an “exceptionally rare Roman figurine wearing a cloak known as the Birrus Brittanicus” as two examples of objects of national significance that were almost lost due to the current definition of ‘treasure.’

The plan for a new definition is in response to the 2019 consultation on the revision of the Treasure Act 1996 and its accompanying Codes of Practice.

See the full “Consultation outcome: Revising the definition of treasure in the Treasure Act 1996 and revising the related Codes of Practice – Government response to public consultation.”

[i] The UK VAT rate was previously on the low end of the EU countries, making it an attractive entry point.

[viii] Podcast, Brexit: How will it change the art market?, The Art Newspaper, https://www.theartnewspaper.com/podcast/brexit-how-will-it-change-the-art-market.