Home > Global Art > To Repatriate or Not to Repatriate: That is the Question

Copenhagen’s David Collection: Sending Art Back Means It Can Only Be Experienced in Source Countries 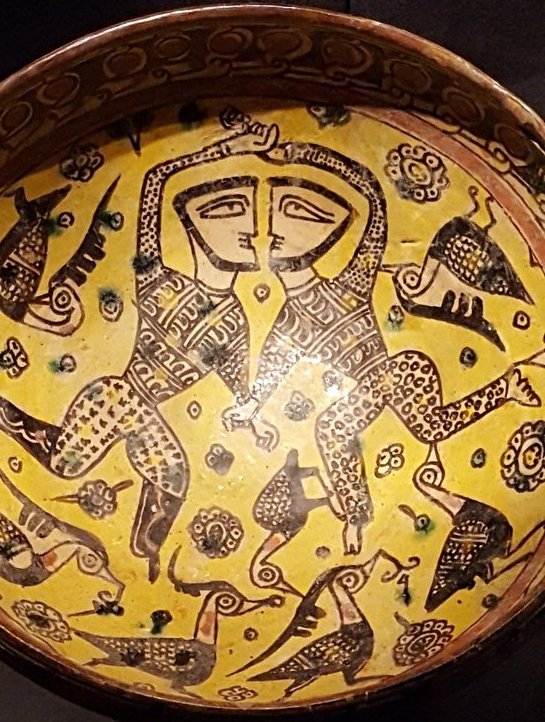 A cultural property-oriented restatement of Shakespeare’s Danish prince Hamlet’s lament – to repatriate or not to repatriate – was the question recently posed by Turkey to a Danish museum.  ‘We choose not to repatriate, thank you very much,’ was the response by the David Collection to a request for Islamic period items Turkey claims were ‘stolen’ (i.e. taken without permits acceptable to Turkey today) during the Ottoman Empire. In a political climate that increasingly favors the narrative of the Third World (though Turkey is hardly that), and the repatriation of objects to their countries of origin, Denmark has taken a stand for the international status of cultural heritage. 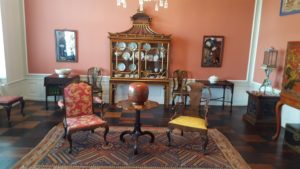 In an interview with Danish Radio, David Collection director Kjeld von Folsach said,”We have infinitely many things from around the world — as all Western museums do — and if we ever begin sending items back, we end up in a situation where all French art can only be experienced in France, the same in Germany and so on.” He further stressed that objects have been acquired “in good faith” and that it was “virtually impossible to do things backwards.”

That is not to say that items that were actually stolen from an institution or from other owners, or items significant to a culture’s religious practices or fundamental to its history should not be returned. Director Kjeld von Folsach’s point was that cultural heritage is also world heritage.

Part of the ‘not to repatriate’ argument is that Turks (who number close to 30,000) and Muslims (the second largest religious community in Denmark) living in Denmark should have access to their cultural heritage without having to travel to Turkey. The retention of Islamic art and artifacts in Danish museums and the exposition of Turkish and Islamic history may help them to remain more connected to their cultural and religious heritage than the return of these artifacts to their country of origin. 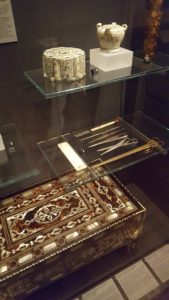 Turkey has another view and bases its claims on a 1906 Ottoman-era law that bans export of antiquities found in or on public lands. Although a signatory to the 1970 UNESCO Convention, Turkey does not acknowledge that export prior to that date, or to a more recent national ownership law grants repose to earlier exported items. Kelvin D. Collado in an article entitled A Step Back for Turkey, Two Steps Forward in the Repatriation Efforts of its Cultural Property in the Journal of Law, Technology & the Internet · Vol. 5 · 2014, makes the point that “Turkey is a country of rich cultural heritage with an increasing interest in establishing itself as a cultural powerhouse….Turkey is noted as being part of a cultural nationalist vanguard, its recent actions symptomatic of the country’s renewed search for a national identity.”

Over the last two decades, Turkey has increasingly fought for the repatriation of its cultural heritage in efforts that some equate to a “crusade”, others to a “cultural war”, and still others to “good domestic PR.” According to an article in Sputniknews, Turkey has at least 150,000 items that it would like to reclaim from Western museums.

Turkey’s increasingly aggressive tactics in claiming items it feels belong back on its soil – lack of evidence to support its claims, notwithstanding – take the form of demands for return of items regardless of when they left the country. Collado says that Turkey’s history of making inappropriate claims has made museums, “wary of trusting Turkey’s assertions and returning the property at issue.”

Turkey has denied foreign archeologists’ access to Turkey sites in cases where countries have not met its demands. Turkey has also halted temporary export of items for exhibitions to museums it holds responsible for holding Turkish art.

Merve Stolzman, in an insightful article for the Center for Art Law entitled Turkey Rules: Cultural Heritage Protection Efforts Explained diplomatically discusses the contradictory attitude that Turkey has demonstrated toward its cultural heritage.  On the one hand the country has been driven to reclaim its cultural heritage to the point of blackmailing countries by denying access to archeological sites if they don’t return objects in their museum collections. On the other hand it has neglected and even destroyed sites that are a significant portion of its cultural heritage. Ms. Stolzman cites the neglect of the Temple of Artemis and Topkapı Palace as two examples. 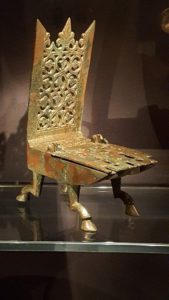 Multiple sites are now underwater due to governmental dam projects. For example, in 2000 the construction of the Birecik Dam on the Euphrates River began flooding the ancient Roman town of Zeugma. At risk were the intricate mosaics with which wealthy Romans decorated their houses. As the waters rose, national and international efforts rescued the mosaics, many of which are now housed in the Zeugma Mosaic Museum in Gaziantep. But as Matthew Brunwasser noted in his article Zeugma After the Flood in Archeology magazine, “It wasn’t good policy that saved ancient Zeugma. It was a good story,” as well as generous support from an international community willing to rescue a portion of Turkey’s cultural heritage.

There is also the question of how Turkey views requests for repatriation of objects displayed in Turkish Museums that came from what are now the modern nations of Syria, Egypt, Greece, Lebanon, Slovenia, Croatia, Macedonia, and Bosnia-Herzegovina.  Turkey claims legal ownership of these objects on the basis that these lands were part of the Ottoman Empire at the time of the objects’ discovery, and again citing the 1906 law; a claim that some in the international art world now find contradictory.