The Dolorous Case of Pakistan’s Museums 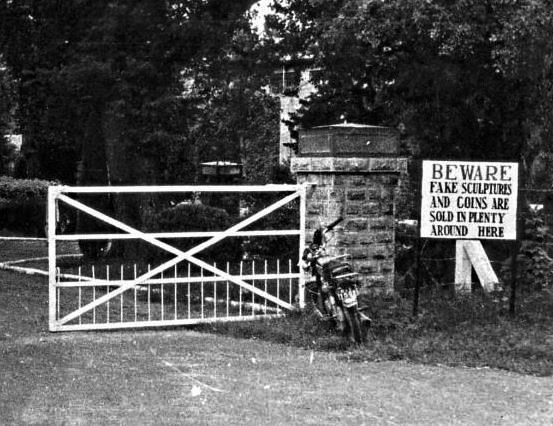 When the British left Pakistan, authorities made special arrangements for the maintenance of British civil and military cemeteries, concerned that without a specific agreement in place, they would become derelict. Most cemeteries were well cared for for decades, although some have recently fallen victim to anti-Western riots. Regrettably, the British made no such arrangements for Pakistan’s inherited museums and collections of antiquities, many of which have lain virtually untouched since the days of the Raj – except for chronic thefts and deterioration through neglect.

Despite the hard work of a small number of dedicated academics and archeologists, museums and ancient monuments in Pakistan are generally as moribund as cemeteries for art and artifacts. Pakistan’s cultural institutions have also been victims of the cupidity of several generations of corrupt officialdom. In March 2016, the anti-corruption department in Peshawar announced that it was launching an investigation into the replacement of original sculptures and coins from the Peshawar Museum by fakes. Anti-Corruption Assistant Director Aslam Nawaz told The Express Tribune that the team could not determine whether the allegations were true because they were not antique experts: “It is an enquiry [during which] we will determine when and who did this, but we are eagerly waiting for the experts to arrive from Islamabad.”

This Peshawar Museum investigation comes rather late, given that by the 1980s, according to visiting foreign experts, a good portion of the important Buddhist sculptures in the museum and had already been replaced by fakes.

Neglect rather than corruption has been responsible for most of the losses of artifacts from museums in Pakistan. In July 2015, artifacts from the Moenjodaro and Mehergarh civilisations which were stored at a rented branch location of the archaeology department in Karachi were dumped into open boxes and left lying there awaiting transport to the National Museum. According to Dawn:

“As the artefacts are being removed and packed in an unprofessional manner… there is also a danger that many of the objects may get disappeared.

Ever since archaeologists got wind of the news that the Sindh government intended to shift the material and the library from the first floor of Hafeez Plaza on Sharea Faisal to some other place, they have been voicing their concern about the non-professional approach to the issue…

There were boxes lying on the dusty floor. It looked like as if someone had packed them in haste. If there were artefacts in the cartons in which products of daily use are normally kept, it’s a terrible mistake because experts believe that the department is in possession of objet d’art and other articles dating back to ancient times.

Museums established under the British Raj remain the most interesting and better maintained institutions. The Lahore Museum is the largest in the country, established in 1865-1866. It is located in an antique and architecturally outstanding building, but the contents fall far short of what would be expected in the country’s largest and most famous museum. “A number of rooms have been under repair for a long time and others still show a rather old-fashioned and often rudimentary display of objects, with Urdu captions only.”

The Taxila Museum was established in 1918. A primary mover for the museum was Sir John Marshall of the Archeological Survey of India. The museum has a large archeological collection including the most comprehensive (and untouched) group of Gandharan Buddhist sculpture in Pakistan.

The National Museum of Pakistan Karachi has eleven galleries, the most notable of which contains 52 Korans. It has no website and no exhibition record.

Privately organized museum suffer from severe lack of funding, but at least have committed staff and do not suffer the chronic losses found in government museums. The Mohatta Palace Gallery Trust in Sind Province is a relatively successful example of a museum organized privately as a nonprofit, still subsisting almost entirely on public donations, but which now works as a partnership with government. It has a website with information on exhibitions (although nothing new has been put up since 2012).