Home > Global Art > The Careful Collector – Why does a French auction house want to know so much about me?

The Careful Collector – Why does a French auction house want to know so much about me? 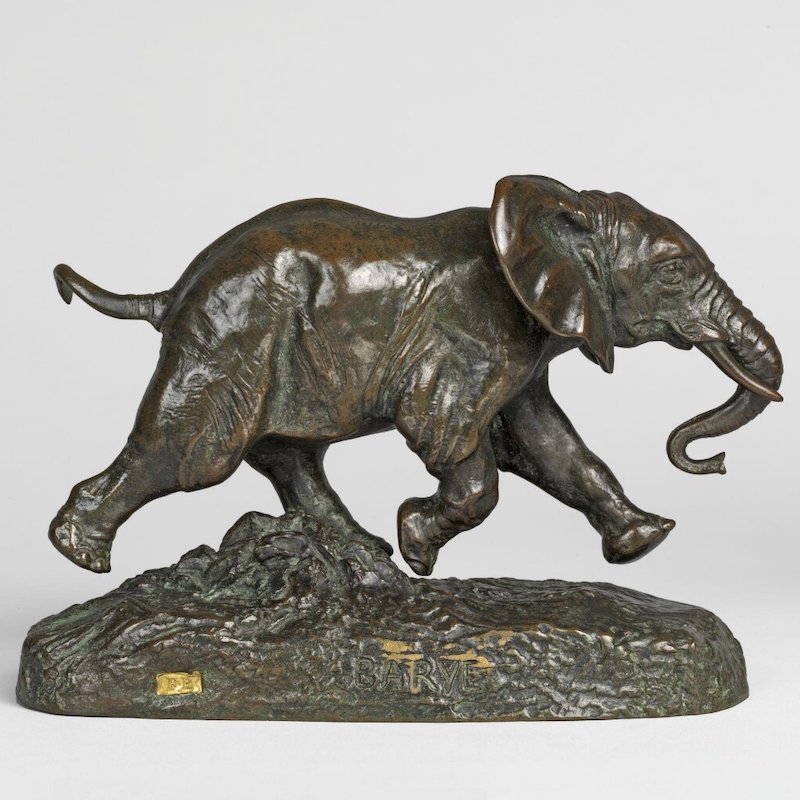 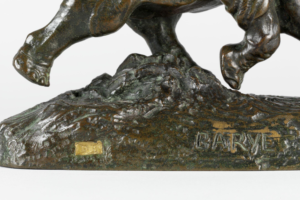 Paul Giraud started collecting 19th century French bronze sculptures some years ago.  His interest began when he discovered a detailed sculpture of a lion at a local flea market.  After he bought the piece, he researched it and found out that it was French, probably cast sometime in the mid 19thcentury.  Partly due to his French ancestry, but also because of their wonderful detailing, Paul was soon drawn to other French bronze sculptures of the mid-19th  to early 20th century.

French bronze sculptures from this period are considered amongst the best.  They come from a long lineage.  Bronze sculptures were popular in ancient times with wealthy ancient Greeks and Romans.  They had a comeback in the Renaissance, when finds of ancient bronzes inspired a new generation of artists, who again created for the elites.  This trend continued, particularly in pre-Revolutionary France, where bronze casts of royal and classical subjects were popular.   With the fall of the monarchy, French bronze foundries substituted Napoleonic themes for royal ones.  The reign of Napoleon III (1852-1870) ushered in a golden age for French sculptural bronzes that lasted through the 1920’s.   Many beautiful pieces were produced in this period as part of a decorative art movement that utilized what was the most advanced bronze casting technology. 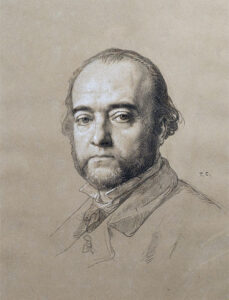 As Paul became more sophisticated, he decided to focus his collecting on the work of a famous foundry, Maison Barbedienne, particularly sculptures of animals and mythological figures.  Maison Barbedienne operated from the mid-19th to mid-20th century.  Its proprietor, Ferdinand Barbedienne (1810-1892), employed hundreds of artisans at a time.  What helped set his firm apart from other manufacturers was a collaboration with Achille Collas, who invented an accurate pointing system of measurements which allowed casts of the same work to be made in different sizes.  Because this technological advance allowed Maison Barbedienne to produce casts to suit different budgets, the firm was able to “democratize” the sale of bronze sculptures which became affordable to a growing Bourgeoisie class in France.

After learning many of the American dealers purchased their stock abroad, Paul decided to investigate bidding directly at French auction houses, figuring that he might “cut out the middleman,” save some money, and have the opportunity to consider far more Maison Barbedienne works than he could in the United States.

To his surprise, however, Paul learned that doing business in France is far more complicated than doing business here.  In the United States, registering to bid at an auction is straightforward.   You provide your name, contact information, and credit card or other banking information, and then create a password to access your account.  After you get approved, you are good to go and bid.

Not so in France.  There, the auction house asked Paul to share significant personal information as part its “know your customer” requirements.  As a result, Paul was required to upload his driver’s license on the firm’s website, as well as answer a questionnaire that requested information about his sources of income.  Paul wondered if all this Red Tape was peculiar to France.  He enjoyed etymologies, and mused that “bureaucracy,” after all, derives from French “ bureaucratie,” which itself is a combination of the French word for “desk” and a suffix denoting a type of government. 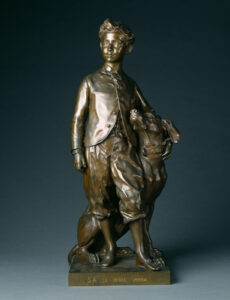 Still curious, Paul performed some research and learned that these requirements were not just in force in France, but in the rest of the European Union (“EU”) as well, as part of Anti-Money Laundering (“AML”) Regulations. Specifically, Directive (EU) 2018/843 on the prevention of the use of the financial system for the purposes of money laundering or terrorist financing entered into force on July 9, 2018.  EU Member States like France were required to implement this directive into national law by January 10, 2020.  This directive, the Fifth in a series, required a number of industries, including art traders, to comply with AML customer due diligence and reporting requirements for transactions or groups of related transactions over € 10,000 in value.  Perhaps, not surprisingly, this has prompted auction houses to gather much of the necessary information up front before executing a bid.  Once this information is collected, customers are vetted against databases of individuals who are subject to sanctions or are suspected of criminal activity.  This information is made available to local law enforcement, which can then share it with other domestic or foreign police or regulatory authorities.

Some have questioned whether this red tape and invasion of privacy is really necessary.  Industry organizations have criticized the EU for legislating based on allegations of anti-trade advocates rather than established facts and without consulting with the industry to be regulated.  They note compliance costs for conducting “know your customer” inquiries are substantial, particularly for the small businesses that dominate the art trade. 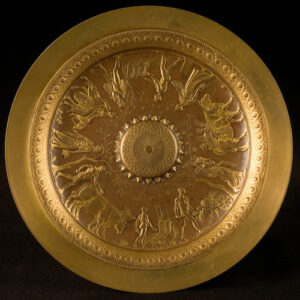 Currently, American art dealers and collectors doing business with American firms do not have to deal with similar AML regulations.  However, the same advocacy groups—a coalition of anti-trade crusaders and anti-money laundering compliance contractors—that lobbied for such regulation in Europe also have been lobbying Congress to make the US Art Trade also comply with similar requirements.  They state that the US should follow the EU’s lead in imposing such AML requirements to ensure that the art market is safe from bad actors sheltering their ill-gotten gains in art.

As a result of these efforts, Congress required the US Treasury Department to conduct a study of the need for such regulation.  To the disappointment of these groups, the Treasury Department  concluded that while the industry was subject to some risks, it was better to address any problems more generally in regulations directed at making corporations and trusts that purchase luxury assets more transparent.

These advocacy groups were more successful against the much smaller trade in antiquities.  As a result of their well-funded lobbying efforts, Congress has already passed a law that requires US based antiquities dealers comply with such AML regulations. More about the details of the requirements should become apparent when proposed regulations are issued in January 2023. 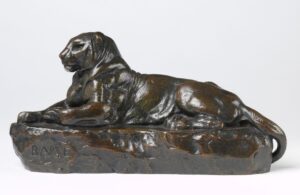 Bronze statuette of a panther lying down, by F. Barbedienne after a model by A.L Barye, 1890, Courtesy Victoria and Albert Museum, London.

And what about Paul?  After the additional hassle, he was able to win a beautiful bronze panther at a substantial discount from what he would have to pay for a similar item in the United States.   His newest purchase has now joined his “bronze zoo” proudly displayed in his living room.

Next Month:  What do you do with your ivory-keyed piano?

[1] Peter K. Tompa has written extensively about cultural heritage issues, particularly those of interest to the numismatic trade. Peter contributed to Who Owns the Past?” (K. Fitz Gibbon, ed, Rutgers 2005).  He currently serves as executive director of the Global Heritage Alliance.  (https://global-heritage.org/)    This article is a public resource for general information and opinion about cultural property issues and is not intended to be a source for legal advice.  Any factual patterns discussed may or may not be inspired by real people and events.