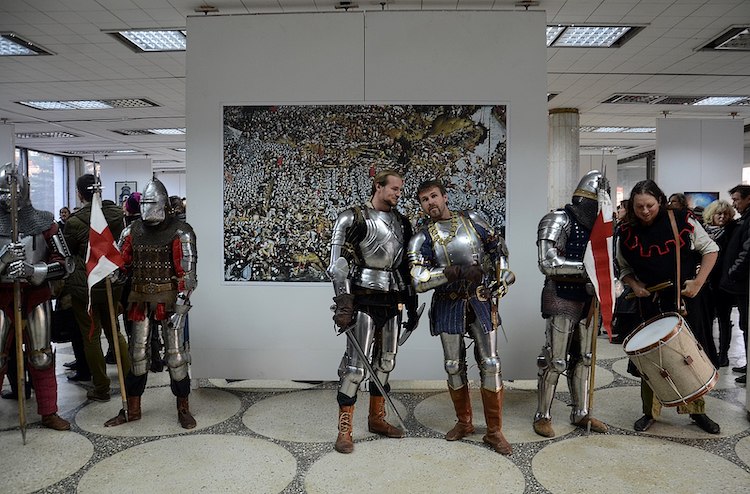 A major report on the art trade by the U.S. Treasury Department has concluded that the trade is largely self-policing and should not be a priority for immediate regulation. The Treasury’s Study of the Facilitation of Money Laundering and Terror Finance Through the Trade in Works of Art found little evidence of money-laundering and almost no evidence of possible links to terrorist financing. 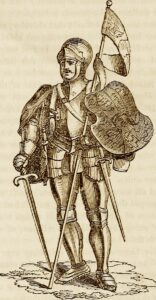 The report was created as part of the Anti-Money Laundering Act of 2020, a section of the National Defense Authorization Act for Fiscal Year 2021 passed into law on January 1, 2021  The Defense Authorization Act is a jumbo-sized, 1480 page bill whose annual passage is indispensable to the operation of the US government. As always, the bill contained a variety of unrelated bits of legislation.

Notorious among these were amendments to the Bank Secrecy Act that had been extensively promoted by the Antiquities Coalition and its partners in the anti-money laundering compliance industry. The legislation made “antiquities dealers” and related actors subject to Treasury Department FinCEN reporting requirements. (Over the last year, FinCEN has taken public testimony regarding the scope and definition of these future requirements, but has not yet announced their extent.)

The bill also tasked the U.S. Treasury Department with examining how money laundering and terrorist financing might be facilitated by high-value trade in the larger general art market. A year-long investigation resulted in the February 2022 report.

The Treasury report contradicts much of the last year’s heavy media-promotion of anti-art trade diatribes and repeated trotting out of the same non-US bad actors as examples of attempts to launder funds through the art market: primarily the Russian billionaire brothers Arkady and Boris Rotenberg, who purchased $18 million in art in the U.S. through an intermediary, despite being under sanctions. 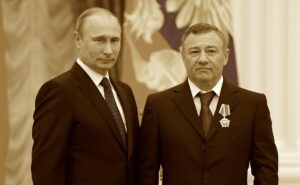 While the report found that the art trade could be vulnerable to money laundering because of “the high-dollar values of single transactions, the ease of transportability of works of art, the long-standing culture of privacy in the market (including private sales and transactions), and the increasing use of art as an investment or financial asset,” it also stated that these risks were mitigated by voluntary due diligence at art fairs, galleries and auction houses, a lack of cash transactions, familiarity with clients and other factors that made the institutional high-value art market a poor vehicle for money laundering.

The report summarized the “regulatory and nonregulatory actions” that Treasury could consider, including:

The report concluded, however, that the art market was less vulnerable to money laundering than other potential vehicles  and that “the art market should not be an immediate focus for the imposition of comprehensive AML/CFT requirements.”

Cultural Property News is grateful to art market expert and strategy and media consultant Ivan Macquisten for his informed analysis of the 40-page U.S. Treasury Department report, setting forth its key elements and providing links to relevant sources.

Key Findings of the U.S. Treasury Report: Study of the Facilitation of Money Laundering and Terror Finance through the trade in Works of Art 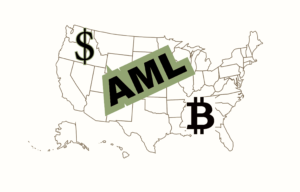 The report set out to assess the risks of money laundering (ML) through the art market, particularly in relation to Terrorism Financing (TF). It also sought evidence on which art market sectors posed the greatest risk.

While the report noted “some evidence” of ML risk in the institutional high-value art market,” it also noted “little evidence of TF risk”.

Ultimately it found the risk low enough for regulation to be delayed pending other priorities, such as shell companies and the real estate sector.

It found that under self-regulation, the art market conducts a good level of due diligence, including KYC (Know Your Customer) checks. It also found that existing laws effectively regulate the market for money laundering in relation to large transactions.

The report concluded that small to medium-sized art galleries, art fairs and fair organisers are low risk for ML. 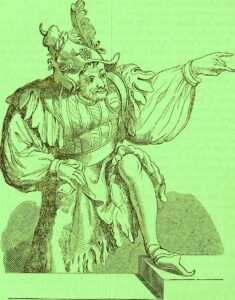 The report highlighted the importance of appearance, saying that the “mere perception that the art market is both vulnerable to ML and unregulated creates incentives for criminals to further abuse the art market”. This confirms the aggravation of risk by those exaggerating the problem and promoting bogus figures.

Ironically, the report itself is guilty of this, quoting the bogus claims that transnational crime related to art and cultural property could be as high as $8b billion a year and that ML and other financial crimes through art could be around $3 billion a year. Fact checking shows both of these claims to be unfounded.

Despite the report claiming that at least some auction house staff might have been aware of ML activity linked to the Rotenbergs, the evidence it provided through its footnote does not show this at all.

The report recognised the need for a higher threshold of around $50,000 if AML regulations are introduced.

It also concluded that conflict zones were not attractive places for ML for various reasons.

Despite the US proposals specifically targeting antiquities, the report’s analysis implied that they were of even less risk. This is because antiquities tend to be low value compared to Contemporary and Modern Art, illiquid, subject to far greater checks during the transactions process and subject to extensive and growing sanctions on import via MoUs and other mechanisms.

Sources within the report:

Assessing ML and terrorism financing: It should be noted that the number 1 objective of the study was discovering “The extent to which the facilitation of ML and TF through the trade in works of art may enter or affect the financial system of the United States, including any qualitative or quantitative data or statistics”. (Page 2)

Vulnerable areas of the market: It also assessed “whether certain sectors of the market are particularly vulnerable to abuse by criminal actors”. (Page 3)

Risk of ML and terror financing: “The study found some evidence of ML risk in the institutional high-value art market but little evidence of TF risk.” (Executive Summary and page 6) 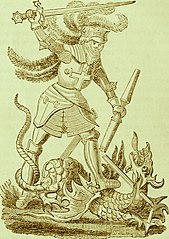 Small to medium-sized galleries present low ML risk: “Therefore, laundering funds through one of these businesses would require either a complicit gallery dealer or a large number of straw buyers to purchase on behalf of the final launderer, which would increase the size of the ML operation (and potential risk for detection). As a result, these businesses would likely not be the preferred venue for illicit actors to launder large volumes of funds.” (Page 13)

Art fairs present low risk of ML: “Art fairs likely do not represent much more of a vulnerability to ML than galleries.” (Page 13) AND “This lack of transactional activity likely makes art fair organizers less vulnerable to exploitation by launderers.” (Page 14)

Rarity of relevant crime: Examples given of laundering almost all involve high-end art, with the perpetrators not being part of the art market. Even where an example showed a Lebanese collector and art dealer using high-end art to launder money to fund Hezbollah, the report stated: “Despite this example, there is limited evidence of a nexus between TF and high-value art; this is likely due, at least in part, to a disconnect between the high-value art market and the physical geographies where terrorist groups are most active. The Ahmad designation is one of only a handful of known cases involving the nexus of TF and high-value art and is itself noteworthy because of how unusual it is.” (Page 28)

Art not the priority for ML regulations: As such, it is recommended that Treasury complete its ongoing work to close outstanding gaps in the U.S. AML/CFT regime related to beneficial ownership, real estate, and potentially investment advisers and nonfinancial gatekeepers before potentially turning its attention to the high-value art market. (Page 34). 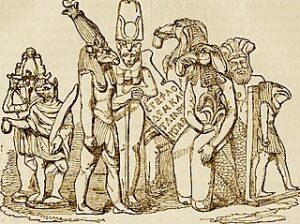 Lack of evidence coupled with unlikely use of art for money laundering in conflict zones: “These areas tend to be conflict zones where the sale or transfer of high-value art can be quite risky for the buyer, seller, and dealer. Further, there are likely easier, quicker, and less risky ways for terrorist actors and financiers to move money than though the art market, given its distance from their held territory and the relatively longer time it takes to conduct transactions in the art market. Due to the lack of evidence that high-value art has been used to fund terrorist activities and the clear structural difficulties doing so, Treasury assesses that, at this time, TF is an area of lower risk in the high-value art market.” (Page 28)

Due diligence and KYC: Evidence that auction houses and galleries “maintain procedures for conducting due diligence on potential buyers and sellers. Institutional art market participants have inherent economic incentives, such as credit risk issues and reputation maintenance, to collect this information”. (Executive Summary)

Existing regulation: Regulations[1] are already in place mandating the reporting of large currency and monetary instrument transactions by art industry participants that are not financial institutions (Page 5)

Best practice: “Outreach conducted by Treasury over the course of this Study revealed that while most art market participants are not mandated by federal regulations to maintain AML/CFT programs, many maintain voluntary programs that may include procedures for collecting information on customers.” (Page 6)

Study notes extensive KYC through due diligence already taking place: “During Treasury outreach, many art market participants noted that the due diligence process for onboarding clients often involves engagement with other peers in the art market to determine if the prospective client is suspicious or disreputable.” (Page 30) 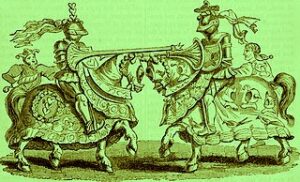 Bogus statistics: “In 2010, the United Nations estimated that the proceeds of transnational crime related to art and cultural property could be as high as $8 billion per year, with a more recent estimate suggesting that ML and other financial crimes through the art market amount to approximately $3 billion per year.” (Page 10)[2].

Evidence does not support the claim: “Reports suggest that at least some professional staff within the auction house were aware of the identities of the ultimate natural persons who purchased the art.” (Page 22) As the footnote[3] indicates, this claim is based on evidence presented by auction houses to the Permanent Committee Subcommittee on Investigations, given on pages 81-84 of the resulting official report. However, this section provides no such evidence of staff being aware of this.

Distinction between art crime and crimes perpetrated through art (and not involving the market): “These types of cases deal with funds generated through the abuse of the market and do not represent use of high-value art or the market to launder the proceeds of an underlying crime (such as drug trafficking). However, if art forgeries were used to move criminal proceeds, as opposed to generate cash or funds, this could constitute ML.” (Page 9)

Recognition of valid transparency concerns: “Whatever information-sharing mechanism is used, it would need to account for privacy requirements and address the potentially significant liability concerns of art industry participants if they do not benefit from a safe harbour provision to protect information sharing between institutions.” (Page 30) 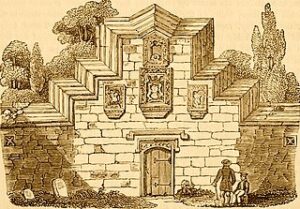 Confirmation that bogus claims create risk: “Furthermore, the mere perception that the art market is both vulnerable to ML and unregulated creates incentives for criminals to further abuse the art market.” (Page 31)

Recognition of the need for a higher threshold: “There already exists an IRS threshold that U.S. art market participants are subject to for tax purposes; when a tax return is selected for audit and includes a single work of art or cultural property valued at $50,000 or more, the IRS takes additional steps to conduct diligence on the artwork.” (Page 33)

[2] This is why it is important to challenge official reports from public bodies, Linked In article, February 2022  https://www.linkedin.com/pulse/why-important-challenge-official-reports-from-public-ivan-macquisten?trk=publicprofilearticleview