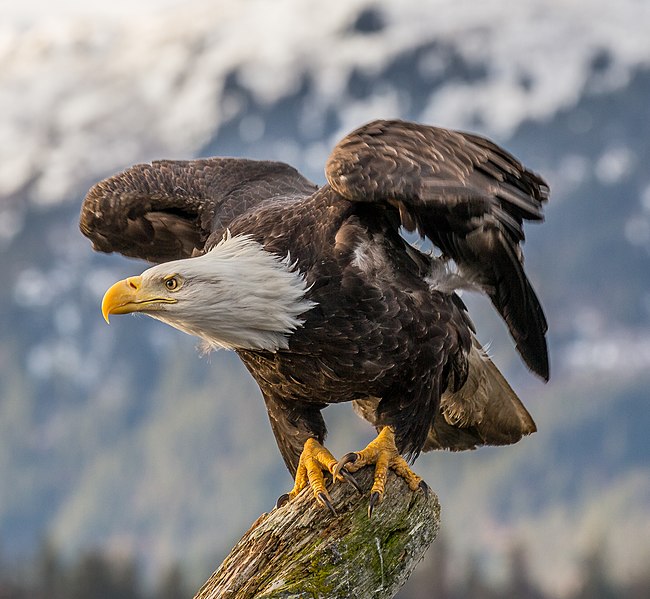 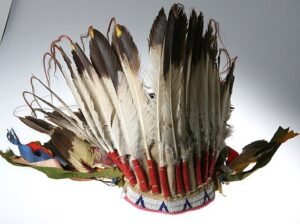 Cheyenne headdress with a tan cap of wool and white, blue, and red beading on the forehead. Eagle feathers trimmed with horsehair surround the cap and also hang from the rear. Between 1880 and 1890. Missouri History Museum. Courtesy of the Missouri Historical Society, St. Louis.

George inherited a magnificent Native American Headdress made of Bald Eagle feathers from his father.  According to family lore, his great grandfather, who was a rancher in Montana, received it as a gift from a member of the Cheyenne Tribe in the 1930s.  Since at least the 1960s, it has graced a bronze bust of a Native American within a glass display case.  Its one misadventure occurred when George snuck it out of the house for a skit at a school talent show, when George played air guitar as the “Indian Chief,” one of the Village People, a popular disco band from the 1970s.  However, when George’s father found out what he did, he was grounded for a week, an event which helped ensure the headdress remained safely on the bronze bust ever since.

George is now facing retirement and his own kids don’t seem interested in either the bronze Native American portrait bust or the headdress he had inherited from his own father.  George thought they both might be worth some money, so he contacted an auction house that specializes in Western and Native American art.  The auction house was interested in the bronze portrait bust, but to George’s surprise not the Eagle Feather headdress.  He wondered why the auction house told him, “We wouldn’t touch such an item.” 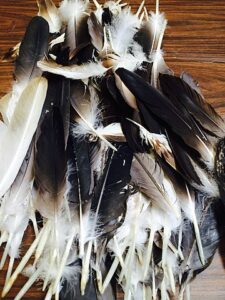 George would not be alone.  Everyone knows the Bald Eagle is our national symbol.  Even if we don’t take much notice, most Americans also are aware that the Bald Eagle symbolism shows up on our coins, our currency and even on the Great Seal that is a familiar fixture in presidential news conferences.  What fewer people realize, however, is that the federal government jealously protects both the Bald Eagle, our national symbol and Golden Eagles. Federal laws not only protect live Bald Eagles, their eggs and nests, but ban all trade in dead birds and their parts – even possession of dead birds or feathers of birds that died after 1940, and Golden Eagles after 1962 is illegal.

The Bald and Golden Eagle Protection Act of 1940 and the Migratory Bird Treaty Act of 1918 make harming eagles or trading in eagles or their feathers virtually impossible.  It is a Federal Crime to “take, possess, sell, purchase, barter, offer to sell, purchase or barter, transport, export or import, at any time or any manner, any bald eagle … [or any golden eagle], alive or dead, or any part (including feathers), nest, or egg thereof.”  Violations can result in a fine of $100,000 ($200,000 for organizations), imprisonment for one year, or both, for a first offense.  Penalties increase dramatically for additional offenses, with a second offense treated as a felony. 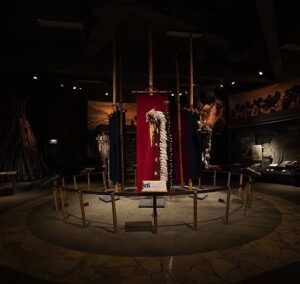 Display of elaborate eagle headdresses at the Plains Indian Museum in Cody, Wyoming,. The museum has a collaborative education program ranging from history to conservation studies with Native American students from the St. Labre Indian School in Ashland, Montana.

One justification for these laws is conservation of our national symbol which has suffered from loss of habitat, illegal hunting, and contamination of its food sources, chiefly by DDT, a pesticide.  As a result of these laws, as well as the ban of DDT in 1972, the Bald Eagle has made a remarkable comeback with a population of over 316,000 individual birds including 71,000 breeding pairs in the lower 48 states.  Another reason for legal protection is that eagle feathers were used to make Native American objects that, like George’s headdress, were symbols of honor and respect offered to chiefs or which had a place in religious ritual. There are exceptions to laws on possessing eagle feathers for traditional uses by Native Americans, but even these feathers must come from the National Eagle Repository and cannot be sold.

So what is George to do?  Luckily for George, he has evidence that his eagle feathers were collected before 1940 so he has some options.  Otherwise, even holding the feathers at home would potentially subject him to criminal liability.  Since he cannot sell the headdress legally, donating it to a museum is an obvious alternative.  However, even that option has its complications.  First, assuming George can find a museum that has a permit to act as a repository for eagle feathers interested in taking the headdress, he still must apply to the U.S. Fish and Wildlife Service for another permit to transfer it to the museum.  Even assuming Fish and Wildlife authorities grant that permit, there is a question about how the headdress will be valued for tax purposes. 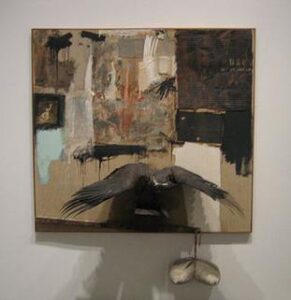 Tax authorities have not always treated valuations involving Bald Eagle parts consistently.  In one famous case, the United States Government stuck the heirs of an art dealer with a $65 million estate tax bill for a 1959 Robert Rauschenberg’s work entitled, Canyon.  That work included a stuffed Bald Eagle collected before 1940 that Rauschenberg rescued from the trash.  The art dealer’s heirs argued to no avail that the work’s true value was “0” because it could not be sold under U.S. law without exposing them to criminal liability.  In the end, the IRS relented, but only after the heirs agreed to donate the piece to the Museum of Modern Art in New York.

So if George does decide to donate, and seek a tax deduction, he needs to be aware that any valuation that he can provide to the IRS may be questioned.

Next Month in The Careful Collector,  Not as Rare as You Might Think!