Home > Global Art > The Careful Collector: Not as Rare as You Might Think! 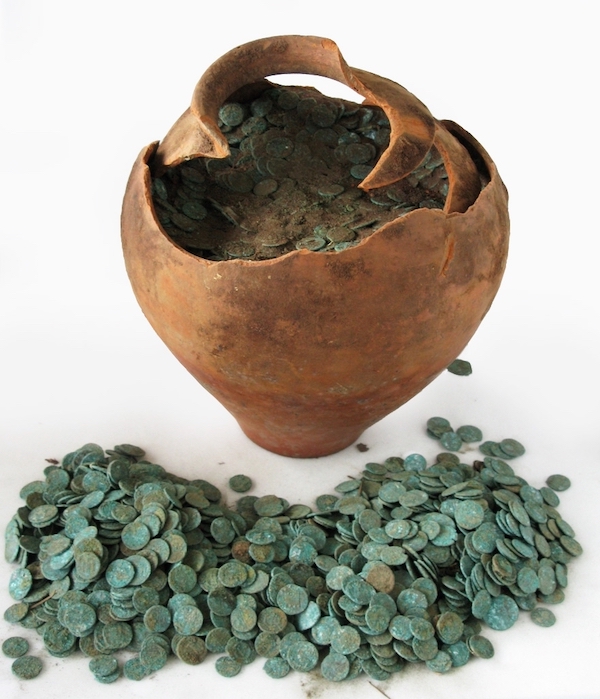 Veronica was perusing a well-known travel magazine when she saw an advertisement for a “Genuine Rare Ancient Chinese Bronze Coin” for “just $99.99.”   She could not believe something so old could be real and could be purchased for such a low price.  She wondered if such a coin would make a good gift for her husband, John, a history buff.  But before purchasing the coin, Veronica searched the internet and to her surprise discovered that ancient coins and other ancient items like pottery are nowhere near as rare as one might imagine.

Indeed, ancient coins are probably the most common ancient artifacts other than pottery shards.  So-called ancient Chinese bronze “cash coins” were made from circa 221 BCE. until the proclamation of the Republic in the billions.  In fact, such coins were designed to be stored in quantity with up to 1,000 typically strung together through square holes incorporated into their design.  Under the circumstances, it is not surprising that truly immense numbers are found today.  For example, back in 2011, ten (10) tons of cash coins were found in in the burial chamber of the Marquis of Haihun, Liu He, a Han Dynasty official, who lived in the Xinjian district of Nanchang, Jiangxi Province circa 92-59 BCE. 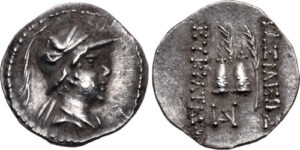 Finds from other cultures can be almost as large. One of the greatest ancient coin deposits of all times was discovered accidentally in 1992 in the village of Mir Zakah, near the city of Gardez in Afghanistan.   According to information gathered by a well-known scholar, the cache consisted of three to four tons of gold, silver and bronze coins or about 500,000 early Indian Coins (bent-bars and punch marked), Greek, Graeco-Bactrian, Indo-Greek, Indo-Scythian, Indo-Parthian and Kushan coins.

Roman coins are also plentiful, particularly silver denarii and late Roman bronze issues. Archaeologists in Germany recently found a hoard of 5,500 Roman silver denarii dating back to the reigns of Nero (54 to 68 CE) to Septimius Severus (193 to 211 CE).  The late Roman Hoxne hoard from Britain was even a larger haul.  It included 15,234 Roman gold, silver and bronze coins as well as jewelry and silverware.

Additional data about the vast numbers of Roman and earlier coins out there can be gleaned from the British Museum’s Portable Antiquity Scheme Database.  The United Kingdom has an enlightened system that encourages the public to record finds and gives museums the right of first refusal over certain classes of artifacts that are reported.  As of May 13, 2022, the British Museum’s database recorded 1,585,642 objects within 1,019,711 records, chiefly comprised of Roman and Celtic coins.

Not surprisingly, there are millions of ancient coins available for purchase, particularly if you include ancient Chinese Cash coins.  Two ancient coin websites give some idea about the size of the market.  CoinArchives, a popular site recording the sales of coins valuable enough to go to auction, maintains two (2) million sales records going back approximately 20 years.   Moreover, as of May 13, 2022, Vcoins, a popular internet website that sells mostly moderately priced ancient coins, listed 97,837 items. 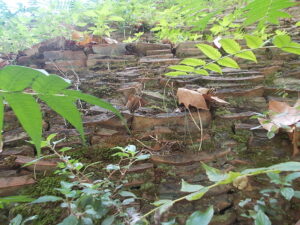 While ancient coins exist in vast quantities, other artifacts are also more common than one might imagine.  This is particularly true for other mass-produced items made of inorganic material, like pottery.  Pottery was made in vast quantities in ancient times chiefly to store food and other perishable items. Some hint of the scale of ancient production can be found in Rome.  Monte Testaccio is located near the ancient Tiber port close to where warehouses for olive oil imported from abroad had previously stood.  The hill is made entirely of ancient amphora that had been used to transport the olive oil to the Imperial capital. Excavations in the 1990s showed that the hill was built out of terraces comprised of jars carefully cut in half and nested one above the other.  Archaeologists believe most of the jars date from 140-250 CE, but some may be earlier.  As many as eighty million pots form the hill, which now stands 115 feet high, with another forty-five feet below today’s street level. 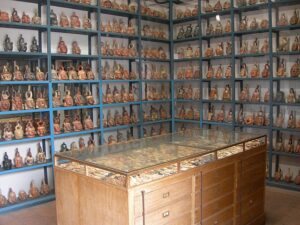 Given the need to produce enormous amounts for storage, it is not surprising that much ancient pottery survives today.  One scholar estimates that over 25,000 Greek vases made in ancient Apulia in Southern Italy have survived into the modern era.  There must be even greater numbers of pre-Columbian pottery made in what is today’s ancient Peru.  The Museo Larco outside of Lima holds a collection of 45,000 objects, mostly pottery.  Its visible storage collection holds 30,000 pots stacked on shelves.

And what about Veronica?  She decided to buy both an ancient Chinese bronze cash coin and a late a Roman bronze coin from a reputable U.S. based coin dealer she found on the Vcoins website.  The good news was that she was able to purchase both coins for the same $99.99 price as the Chinese coin in the magazine advertisement.  It pays to research!

Next month:  The Great Catsby is the Life of the Party!

Osmund Bopearachchi, Coin Production and Circulation in Central Asia and North-West India (Before and After Alexander’s Conquest), reprinted from Indologica Taurinensia, Official Organ of the International Association of Sanskrit Studies, Vol. 25, 1999-2000, pp. 15-121, (last visited May 13, 2022).

Lorraine Boissoneault, A Search for a Lost Hammer Led to the Largest Cache of Roman Treasure Ever Found in Britain, Smithsonian Magazine (Jan. 9, 2018), (last visited May 13, 2022).