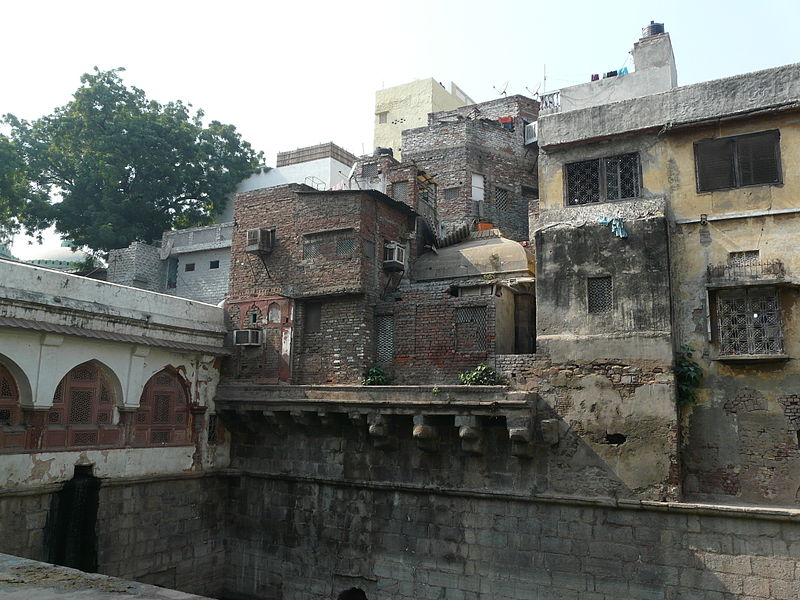 April 20, 2016.  News reports from Delhi describing official neglect of cultural heritage have a way of resurfacing unchanged, years later. The cultural heritage narrative in India is not just about failure of government to properly attend to cultural and religious monuments; it’s about government’s total lack of response to severe cultural loss and the shortsighted neglect of the economic and social benefits of honoring the past.

Two hundred seventy-eight monuments under the protection of Archaeological Survey of India are inhabited by squatters, according to a report delivered to Lok Sabha, the Indian Parliament, in December 2015. The list of monuments being used as residences and businesses included the Golconda Fort in Hyderabad, Sher Shah Tomb in Sasaram, Bihar, forts of Chittorgarh, Ranthambhor, Kumbhalgarh in Rajasthan, Clive House in 24 Parganas, West Bengal, Nili Masjid in Hauz Khas, and Sunehri Masjid near Red Fort in Delhi.

Seven years ago, reports in The National and the Globe and Mail described how a family of squatters had been living for 70 years in the 400 year old Moghul tomb of state chancellor Atgah Khan. The Archeological Survey of India (ASI) said at the time that it was unable to protect and preserve the site because it was so encroached upon by illegal buildings that machinery and materials could not be brought to the site.

According to an AFP article issued this month, the family – and their many neighbors at the “grade-1 protected” site – are still there. Although ASI staff armed with sledgehammers arrived in early 2016 and began to demolish one building, the squatter family has refused to move, and continues to hang laundry in the rubble strewn courtyard. They have knocked holes in the walls for air-conditioning units, and even built a modern bathroom complete with shower adjoining the tomb’s upper story. The family has diverted electricity from a nearby power line to the tomb, and bolted two satellite dishes to its roof.

The original squatters are descendants of devotional singer Mehmood Nizami, who came to Delhi from Hyderabad in the 1940s and first took up residence in the tomb. Today they act as landlords, renting out huts constructed around the tomb proper to poor families. Although the flimsy shacks are at risk of occasional destruction by authorities, they are easily replaced.

A number of buildings have been constructed around the baoli of the Atgah Khan tomb, and authorities say the whole structure is overweighted and liable to collapse.

In 2008, the Lal Mahal, a 13th century red sandstone palace that was one of Delhi’s oldest Islamic structures (and which is just a few hundred feet from Atgah Khan’s tomb) was bulldozed to allow construction of a new development. The building was supposed to have been listed as a protected monument in the 1970s but was never correctly listed. A shell remained in 2009, but construction was said to continue at night, and ASI officials were not allowed access to the site.

The Indian National Trust for Art and Cultural Heritage (Intach), a non-governmental, non-profit organization has identified 80,000 heritage structures in India; more than 1200 are in Delhi alone. The ASI has official responsibility for some 4000 monuments throughout India, including less than 200 sites in Delhi. State, local, and temple authorities have responsibility for additional sites but the vast majority have no legal protection whatsoever.

CCP earlier reported on the fact that according to authorities, not a single archaeological relic was found in the construction of the Delhi metro – an impossibility given the city’s incredibly layered history as eight capital cites in succession over 2500 years. Instead, the denial of a single find was a signal to developers that they may disregard archeological and heritage rules with impunity. Corruption at various levels is an acknowledged barrier to even dedicated ASI staff work at the monuments, and religious prejudices can also come into play. The Indian federal and state governments have allowed destruction of Islamic monuments, while favoring protection of Hindu sites.