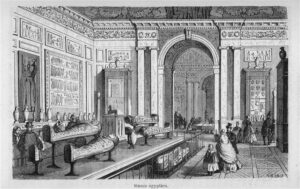 This article was updated June 1, 2022 to add information on actions by the Louvre in response to the investigation and details on the seizure of five objects from the Metropolitan Museum in New York.

A judicial investigation by Judge Jean-Michel Gentil in Paris begun in February 2020 has resulted in the May 25, 2022 indictment of former Louvre president Jean-Luc Martinez for “complicity in fraud” and “false facilitation of the ‘origin of property derived from a crime or misdemeanor.” The potential charges involve at least nine objects, including two golden sarcophagi, purchased by the Metropolitan Museum of Art in New York and the Louvre Abu Dhabi. Martinez was questioned for three days by French authorities and then released under judicial supervision. Since leaving the Louvre, Martinez has acted as France’s ambassador for international cooperation in the field of cultural heritage and is preparing a policy report for the office of France’s President Macron regarding the repatriation of African objects from French national collections. Martinez’ lawyers told Agence France Press that he strongly contests the charges in his indictment in the case.

Panel painting of a woman in a blue mantle, 54–68. C.E. Courtesy of The Metropolitan Museum of Art

Martinez, who served as director of the Louvre between 2013 and 2021, held additional responsibilities as part of Agence France-Museums, a group of prominent cultural institutions that advised on acquisitions and other management issues for the Louvre Abu Dhabi. Prosecutors raided the headquarters of the French agency two years ago, seizing documents and records.

The Louvre announced  on May 31 that it will be a civil party in the French criminal investigation. Vincent Noce, writing for The Art Newspaper on June 1, 2022, said the New York District Attorney’s office had confirmed that a warrant was executed at NY’s Metropolitan Museum seizing five objects: an exceptionally fine panel painting of a woman and fragments of a 4-5th c painted linen wall hanging depicting  tales from the Book of Exodus, both of which had been sold through the Pierre Bergé auction house, a 13th Dynasty limestone stele in the model of a chapel, and another, later stele representing a singer, and a sarcophagus mask.

The French investigations involving Martinez are focused on five objects purchased by the Louvre Abu Dhabi – a 14th C. BCE pink granite stele bearing the name of Tutankhamun, a golden sarcophagus, and another Roman period Fayum mummy portrait painted on board.

The Louvre Abu Dhabi was created through an intergovernmental agreement between France and the United Arab Emirates (UAE) involving the use of the Louvre brand, French art and museum development expertise, and the rental of numerous works of art over a thirty year period in exchange for nearly $1.3 billion dollars. The funds are earmarked for the restoration and revitalization of French museums. 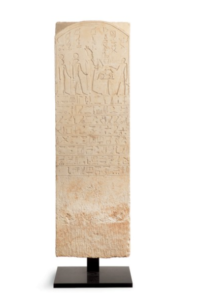 Presumably the charges against Martinez could be related to the Louvre’s advisory role in ‘collections management.’

When asked about the charges against Martinez, a Louvre Abu Dhabi representative declined to comment on the investigation. He told the BBC that,

“Louvre Abu Dhabi applies a strict international protocol for artworks entering the collection, as outlined in the intergovernmental agreement between Abu Dhabi and France, signed in 2007. This protocol is strictly aligned with the 1970 Unesco Convention and follows the most stringent standards of major museums in the world.”

The French actions appear to follow on an earlier investigation by NY Assistant District Attorney Matthew Bogdanos into the provenance of a golden sarcophagus purchased by NY’s Metropolitan Museum of Art in 2017. The documentation provided to the Met in the sale was fraudulent, stating that the gold sarcophagus had export papers from Egypt dating to 1971. It appears instead that the sarcophagus was illegally exported after the Arab Spring uprising. The Met cooperated fully with the investigation and the sarcophagus was returned to Egypt in 2019.  An Egyptian stele was imported into the US in 2019, but Art Loss Register checks identified provenance issues. It was pulled from an art fair and returned to Egypt. 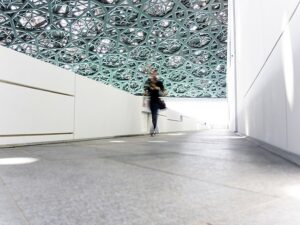 Individuals who had even tangential contact with the sarcophagus appear to have been questioned, and in a number of instances, detained by the French authorities. Several Louvre staff members were called in by authorities in May for questioning regarding Louvre operations and their research into the suspect artifacts, but they were not detained. (French authorities have significantly more powers to detain and hold persons suspected of unlawful activities without charge than U.S. prosecutors do.)

Le Journal de Dimance reported that Hamburg art dealer Roben Dib was arrested in Paris after traveling there to discuss charges related to dealing in illegally trafficked Egyptian antiquities with French authorities. Dib has stated through his lawyer that he will fully cooperate with the investigation. According to Le Journal de Dimanche, investigators have alleged that after passing through Dubai, the gold sarcophagus sold to the Metropolitan Museum was restored in Germany under his auspices and given false export papers.

Dib states that he acquired the allegedly smuggled objects from brothers Simon and Serop Simonian, who worked as dealers in Cairo from 1969-1984. Simon Simonian, who is now deceased, vouched for the legal export of all the objects obtained from the brothers. (The Egyptian government did have an official permitting system to license export of antiquities until 1983.) 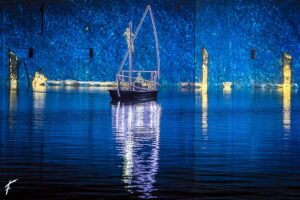 The president of auction house Pierre Bergé § Associés, where a number of suspect artworks were sold, were questioned earlier by investigators in the “clean hands” operation of National Jurisdiction for the Fight against Organized Crime (JUNALCO). The auction house, in its corporate identity, was said have engaged in “concealment, fraud and money laundering in an organized gang” according to Le Journal de Dimanche.

An expert in Mediterranean archaeology, Christophe Kunicki and his art dealer spouse Richard Semper are under judicial supervision after being indicted for “organized gang scams, criminal association, money laundering by organized gang and forgery and use of forgery” Kunuicki has denied all charges or of having had any knowledge that the 1971 export papers provided were false. Contrary statements by Egyptian authorities have left this matter unclear.

Altogether, the various investigations are said to involve hundreds of objects illegally taken from multiple countries – Egypt, Libya, Yemen or Syria – supposedly during the chaos and lack of administration subsequent to the 2011 Arab Spring. A Paris gallerist and French collector were also said to be under investigation for suspicion of involvement in illegal trafficking. Some 29 artworks from Egypt, Lebanon, and other source countries sold by Dib or his family are under investigation by France’s OCBC, an anti-art trafficking special office.

However, the investigations have found no indication of any involvement with terrorism, a common but unsubstantiated claim in antiquities trafficking cases. According to Le Journal de Dimanche, investigations done in tandem by the OCBC (Central Office for the Fight against Trafficking in Cultural Property) and the OCRGF (Central Office for the Suppression of Serious Financial Crime) “have not demonstrated any financing of terrorism by purchasing objects from terrorist groups.” 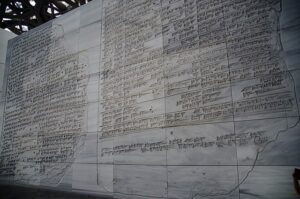 The Egyptian government has claimed for several years that former top officials associated with prior governments have been involved in trafficking antiquities – although these claims have no apparent bearing whatsoever on the French or New York investigations involving the Louvre or the Met. On April 21, 2022, an Egyptian court sentenced a former member of parliament, Alaa Hassanein and four prominent businessmen to ten 10 years imprisonment and another prominent businessman, Hassan Rateb to five years imprisonment, along with 17 other individuals. Antiquities smuggling charges are one of the preferred allegations commonly made by Egyptian authorities against individuals associated with prior regimes: in 2020, Raouf Boutros-Ghali, the brother of the country’s former minister of finance Youssef Botros Ghali and nephew of former U.N. Secretary-General, the late Boutros Boutros-Ghali, was sentenced to thirty years in prison and fined 6 million Egyptian pounds for antiquities trafficking.