But Not the 400 Page Guidebook Explaining How It Works 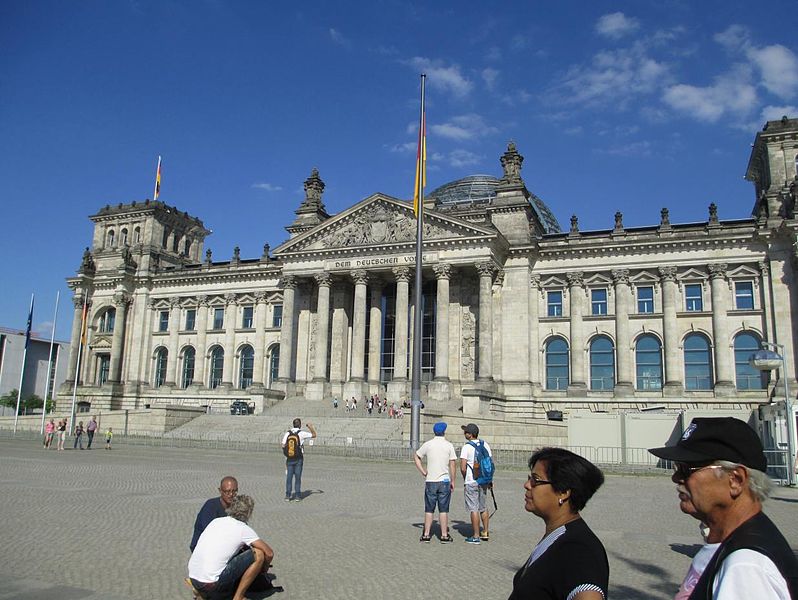 A 400-page practice-guidebook explaining how to interpret the law has not been translated. There is, however, no good news anywhere for traders or collectors of anything ancient, except possibly coins (“if they are of no relevant informational value to archaeology”) – not even for antiquarian books or manuscripts.

Readers should refer in every case to the full, original, linked text and should not depend upon the brief summary below.

“In order to be lawfully exported from Germany, artworks, depending on age and value, must pass scrutiny by a committee to be set up in each German federated state in order to receive an export permit. Paintings older than 50 years and valued over 150,000 euros [now about $175,000] will require a permit in order to be sold outside of the European Union. Artworks older than 70 years valued at 300,000 euros or more will need an export permit to be sold outside of the EU. Artworks of “national importance” will not be granted permanent export permits and can only be sold inside Germany. The criteria for categorizing artworks as of “national importance” remains undefined. On June 23, 2016, DW said the government had provided an initial and unhelpful definition: “The label applies to works that “bear identity for Germany’s culture” and whose removal would cause a “significant loss.”

Art of national significance will be tracked and documented, and cultural authorities must be informed of changes of ownership and location. In general, cultural property of national significance must be registered with the name and address of the owner and the possessor, if different, the location of the cultural property, and a photograph. Depending upon the value threshold for items of different categories, starting with a zero value for ancient art (pursuant to COUNCIL REGULATION (EC) No 116/2009 of 18 December 2008 on the export of cultural goods), the free movement of cultural property will be severely restricted. In the event of an investigation, a seizure, or a claim by another nation, the cost of executing the law will fall on the owner of the cultural property (Section 68).

Arts professionals including eleven former directors of German museums strongly objected to the law and to the exodus of important German art prior to the law’s enactment, calling the law a disaster for the future of German museums. Archaeologists across the EU have generally expressed support for the law’s virtual elimination of the trade in ancient art in Germany.

Sections 41 and 42 show the extraordinary steps required to market cultural property of any kind:

(2) The person placing cultural property on the market shall comply with the general requirements to exercise due diligence pursuant to subsection 1 if a reasonable person might assume that one of the offences referred to in subsection 1 has been committed. This assumption shall be made especially if, during the previous acquisition of the cultural property to be placed on the market,

(3) Exercising due diligence also includes verifying relevant information that can be obtained with reasonable effort or carrying out any other examination that a reasonable person would carry out under similar circumstances related to the placing on the market.

(1) Anyone who places cultural property on the market in conducting his business shall, in addition to the obligations referred to in Section 41, be obliged

(3) Furthermore, the additional due diligence requirements referred to in subsection 1 shall not apply to cultural property

Coins shall not be considered archaeological cultural property within the meaning of no. 1 of the first sentence if a large number of these coins exist and if they are of no relevant informational value to archaeology. The relevant financial value shall be the purchase price or, in other cases, a justified domestic estimated value.

Claims for return by any member state of the European Union are based on the date of export (after 1992) and the member state’s domestic legislation.

At the request of a member state, cultural property shall be returned if

Claims for return by nation states that are signatories to UNESCO are limited if there is proof of export before April 26, 2007:

(1) At the request of a state party, cultural property shall be returned if it

(2) If it cannot be clarified whether the cultural property was removed after 26 April 2007, the cultural property shall be assumed to have been removed from the sovereign territory of the state party after this date unless proven otherwise. This assumption can be refuted only if it is proven that the cultural property was already located in the federal territory, in the single market or in a third country prior to this date. Pursuant to Section 27 (1) of the Administrative Procedure Act [Verwaltungsverfahrensgesetz] and pursuant to the administrative procedure acts of the Länder, it shall be permissible to make an affirmation in place of an oath to provide evidence pursuant to the second sentence. The authorities referred to in Section 61 (1) no. 7 and Section 62 (2) shall be responsible for administering such an affirmation within the context of the administrative mediation procedure.

(3) If it is proven that the cultural property was located in the federal territory or in the single market prior to 6 August 2016, then, by derogation from subsection 1, Section 6 (2) and Section 10 of the Act on the Return of Cultural Objects [Kulturgüterrückgabegesetz] of 18 May 2007 (Federal Law Gazette I, p. 757, 2547) in the version applicable until 5 August 2016 shall apply in terms of the state party’s right to claim return and in terms of compensation, respectively.

Claims for return pursuant to the Hague Convention are post-1967:

Section 53
Claim for return pursuant to the Hague Convention

(2) Cultural property which has been deposed within the meaning of Part II no. 5 of the Protocol to the Hague Convention shall be returned after the end of the armed conflict; the requirements referred to in subsection 1 nos. 1 and 2 do not have to be met in this case.

The full translated English text of the Cultural Property Protection Act of 31 July 2016 is linked here.

The English text of COUNCIL REGULATION (EC) No 116/2009 of 18 December 2008 on the export of cultural goods (and referenced within the German law) is linked here.

* We express our thanks to the International Association of Dealers in Ancient Art (IADAA) for alerting us to the publication.