Exhibitions: The Classical Now and Romance & Reason, Islamic Transformations of the Classical Past 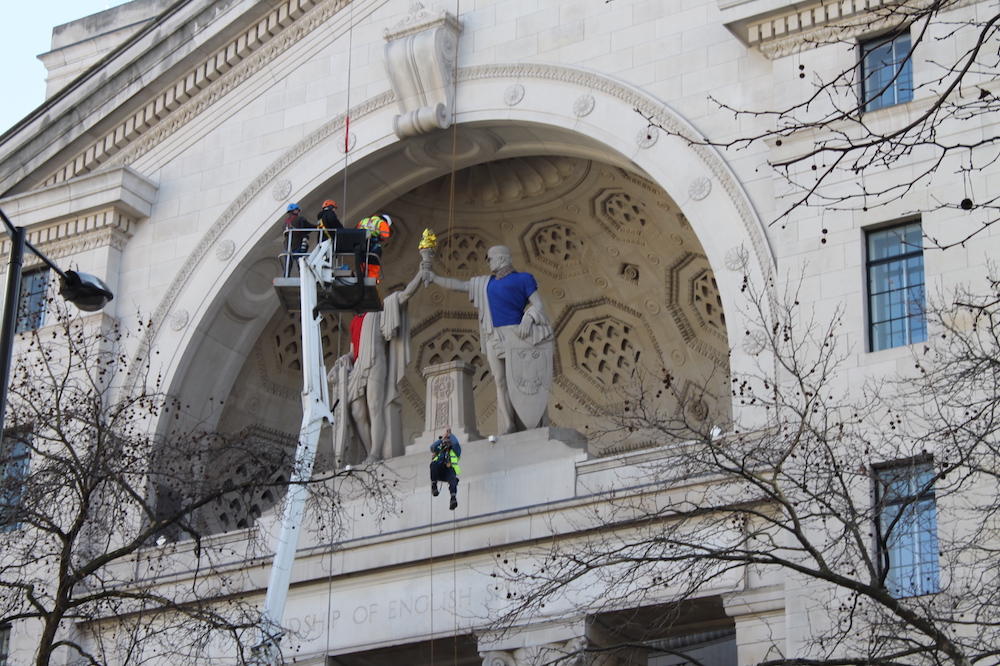 Léo Caillaird’s To The Friendship of the Classical and the Contemporary in the final installation phase. Image courtesy of King’s College’s Modern Classicisms Research Project. (http://modernclassicisms.com/2018/02/25/cest-magnifique/)

Two unusual exhibitions featuring the art of ancient Greece have opened recently, one in New York, the other in London. Both call attention to the ongoing importance of Greek and Roman antiquities in the modern world, by exploring how classical antiquities have been a source of inspiration for writers and artists for millennia – and continue to motivate them today. Each exhibition also sheds light on the historic, cultural, and artistic movements which have helped to make the art of the ancient Mediterranean part of humanity’s shared cultural heritage. 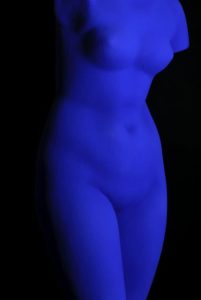 The Classical Now, which opened this month at two locations in King’s College, London, is a collaboration between the college and the Musée d’Art Classique de Mougins (MACM). In addition to works from MACM and King’s College’s holdings, the exhibition includes a specially commissioned work by French contemporary artist Léo Caillard, best known for his Hellenistic Hipsters series of reproductions of classical statuary dressed in modern clothing.

The exhibition draws upon MACM’s extensive collection for the bulk of its materials. It also adopts that museum’s eclectic approach to the classical tradition. The Mougins museum’s holdings include ancient Greek and Roman works, neoclassical sculptures, baroque paintings, and classically-influenced works of modern and contemporary art. The Classical Now unites Greek and Roman antiquities with works of modern and contemporary art. Its intention is to illuminate the influence of Greco-Roman art upon later artists and to explore the range of potential artistic approaches to classical precedents. To this end, it features works by modern and contemporary artists, from Pablo Picasso, Henry Moore, and Yves Klein, to the sculptor Damien Hirst and photographer Louise Lawler.

Classical Now reveals the impact of Greco-Roman art on American and European artists of the recent past and present. The King’s College exhibition may be compared to another current show, one which explores a different aspect of the Classical legacy. 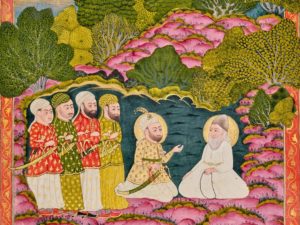 Nizami Ganjavi, Iskandar and his retinue meeting with a hermit who then opens the gates of the Fortress of Darband by his prayer (1141-1209). Image courtesy of the National Library of Israel.

Romance and Reason: Islamic Transformations of the Classical Past, on display at New York City’s Institute for the Study of the Ancient World, narrates the reception and adaptation of Classical texts by medieval Arab scholars, writers, and artists. The Institute’s show, like Classical Now, includes a few works of Ancient Greek art. However, in Romance and Reason the emphasis is on artworks and texts from the Near East and Central and Southern Asia.

The Persian, Indian, and Arabic engagement with the classical legacy took place on multiple levels. Scientists, astronomers, and mathematicians studied translations of the works of their Greek predecessors to further their studies, while poets wove the histories of the classical world into their works. The life of Alexander the Great furnished material for parts of two great epic Perisan poems. Firdausi’s Shahnama and Nizami’s Khamsa both include tales of Alexander. Portions of illustrated manuscripts of these poems, showing Alexander, or Iskandar, as he is known in the Islamic world, are a featured component of the exhibition.

Romance and Reason is, fittingly, an international collaboration between East and West. The National Library of Israel worked together with the Institute for the Study of the Ancient World on the exhibition, and lent two dozen manuscripts for display. Other museums across America have also lent objects and manuscripts for the show, which aims at a wide-ranging presentation of the position of classical texts, artworks, and histories in medieval Islamic culture.

Exhibitions like Classical Now and Romance and Reason have an important role to play in shaping and expanding popular understandings of the Classical world. By demonstrating the breadth of possible approaches to the Classical past, both exhibitions encourage ongoing engagement with Greco-Roman history and art. Our valuation of Greco-Roman culture may have declined from its 18th century peak, when classical precedents set the standard for everything from rhetoric to architecture, but the ancient world still occupies a prestigious place in modern classrooms and modern culture. The works displayed in Classical Now and Romance and Reason provide visitors with the same opportunity enjoyed before them by medieval Muslim scholars and European modernists: the opportunity to study, enjoy, and be inspired by ancient art.

Romance and Reason: Islamic Transformations of the Classical Past, at the Institute for the Study of the Ancient World, 15 East 84th St., New York, NY until May 13, 2018.