The Obama administration temporarily suspended construction on the North Dakota Access Pipeline, a 1,172-mile crude-oil pipeline route that crosses three states, on September 15. The Standing Rock Sioux tribe has joined forces with environmentalists in a two-year opposition to the pipeline, which they say threatens numerous Native graves and sacred sites and as well as posing a risk to the tribe’s drinking water. The pipeline crosses under the Missouri River near the tribe’s reservation lands. A tent camp, Sacred Stone Camp, has been set up alongside the pipeline route and has attracted hundreds of protesters from tribes across the US.

Demonstrations and court actions by protesters and appear to have prompted an aggressive response by the company constructing the pipeline, Energy Transfer Partners. On Friday, September 2, a Tribal Historic Preservation Office member, Tim Mentz, Sr. filed a declaration with the federal District Court identifying a specific two-mile section of the planned pipeline as a place where numerous graves and culturally important stone features were located. According to an affidavit he filed the following Monday, Metz said that over the holiday weekend, a large construction crew arrived from 20 miles away, accompanied by heavy security including guard dogs and a helicopter, and bulldozed the entire section he had surveyed. A sheriff’s report says the a dozen protesters were arrested; at least six people, including a child, were bitten by the dogs. Photographs of the newly-cut site show six to eight foot berms of earth, potentially covering over additional graves with the disturbed soil of the main cut.

In a lawsuit filed in July, the Standing Rock Sioux had alleged that the Army Corp of Engineers had failed to consult adequately with the tribe. On September 9, a US District Court judge denied the tribe’s request for an injunction to halt the work, ruling that the tribe had not shown that it would be harmed.

Immediately after the September 9 ruling, however, the Justice Department, Department of the Army and Interior Department announced that construction would halt on Army Corps of Engineers’ land pending further study and consultation with the tribe. This small portion of the pipeline project on land bordering Lake Oahe is considered particularly culturally significant.

The company building the pipeline declined to comment on the federal action. Spokesmen for the National Association of Manufacturers told media that the administration’s decision would cost jobs and make future development more difficult. North Dakota Petroleum Council head called the decision to halt work on a section of the pipeline “flagrant overreach.”

Update- September 22: 1,281 archaeologists, museum professionals, anthropologists, and historians have signed an open letter to President Obama expressing their opposition to the construction of the Dakota Access Pipeline and the destruction of Native American ceremonial and grave sites. 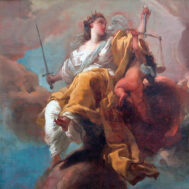 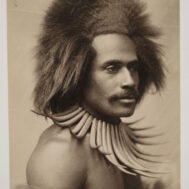