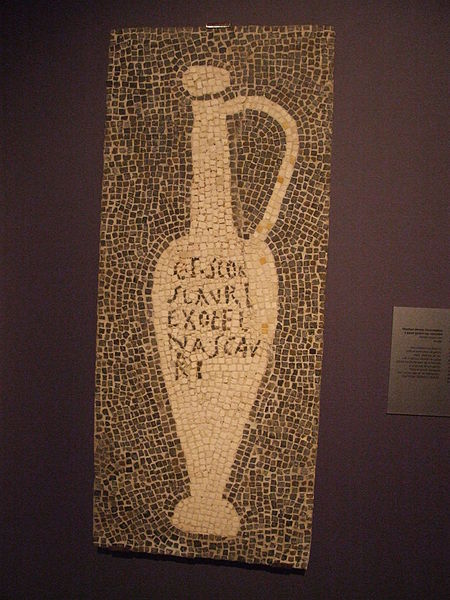 After seven years of rough conditions, calmer waters have finally allowed archeological dive teams to locate underwater remains of a long-lost Roman city off the coast of current-day Tunisia, which was submerged by a tsunami over 1,600 years ago.

Mounir Fanter, the head of the Tunisian-Italian archaeological mission that made the find, told AFP News Agency, that the discovery of streets, monuments, mosaics, and nearly 100 tanks used to store garum, a fermented fish sauce sometimes called “Rome’s ketchup”, have allowed archaeologists to say that “Neapolis was a major center for the manufacture of garum and salt fish, probably the largest centre in the Roman world.” 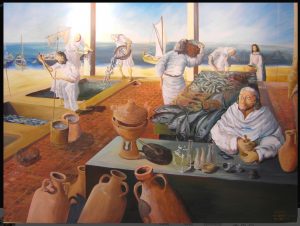 The thriving port of “Neapolis,” (the Greek words for “new city”), disappeared beneath the waves after an 8.5M earthquake rocked the ancient world near Crete, and followed closely by a giant, tsunami wave. Tom Hale at IFL science noted that accounts, mainly from the Roman historian Ammianus Marcellinus, stated that on the morning of July 21, 365 CE, a number of towns in Crete, as well as parts of Greece, Cyprus, Sicily, Spain, and North Africa, were destroyed. Marcellinus also reported that the city of Alexandria, in Egypt, was also badly damaged at the time.

The quest to find “Neapolis”, near the current day coastal town of Nabeul in Tunisia, has been on the Fanter team’s archeological radar for the last 10 years, but until this summer, ocean conditions have been too turbulent to allow dive teams any success. A combined project by the National Heritage Institute and the University of Sassari has sent divers to explore the 20-hectare (almost 50 acres) site – an area that was close to a third of the original city and the main area for trade of garum.

According to Bethan McKenan of the Independent, “Very little has been recorded about the city because the citizens of Neapolis sided with Carthage rather than Rome during the Third Punic War in 149–146 BC, which ultimately destroyed the rival civilisation and brought its territory under Roman control. There are so few references to Neapolis over an extended period of Roman literature, it is thought the city was punished for its allegiances.”

However the Romans may have viewed the allegiance of the coastal town of Neapolis, they couldn’t live without their ketchup equivalent – the fermented fish sauce called garum – the production of which contributed greatly to the wealth of the thriving port town.

Carol A. Dery, writing in Fish: Food from the Waters, The Proceedings of the Oxford Symposium on Food and Cookery 1997, Ed. Harlan Walker, Prospect Books 1998, on Fish as Food and Symbol in Ancient Rome, p 106, exhaustively details the many types of fish sauces used by the Romans. She provides the following quote from the 10th century on the making of garum:

“The most complete instructions for the production of garum are to be found in the Geoponica (20.46.1-6), a Greek agricultural manual, which dates from the tenth century AD:

See also, Andrew Smith’s From Garum to Ketchup, a Spicy Tale of Two Fish Sauces, also from Fish: Food from the Waters, The Proceedings of the Oxford Symposium on Food and Cookery, on the making, popularity, and usage of garum and other sauces.