Congress and museums speak out against threat to target sites in Iran; U.S. should protect cultural rights globally 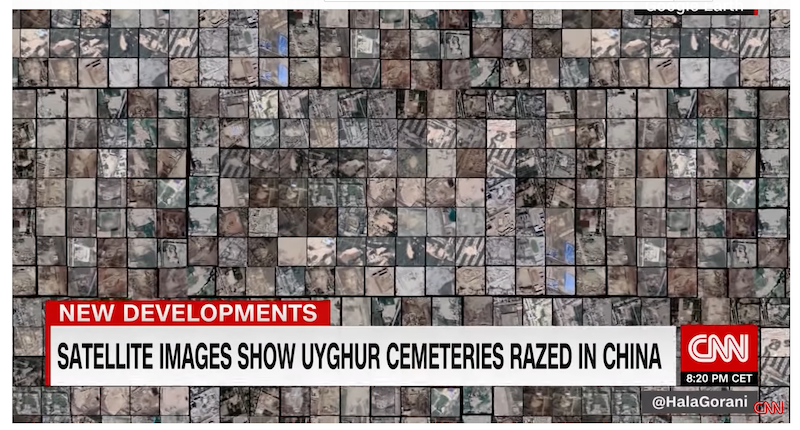 President Trump’s threat to strike 52 sites in Iran that are “at a very high level & important to Iran & the Iranian culture” on January 4, 2020 prompted responses from dozens of institutions and organizations, from the United States Congress to the Association of Art Museum Directors. Many such comments drew parallels between human rights and the global commitment to preserve cultural and historical monuments. It appears that the immediate threat to target cultural sites in Iran has been withdrawn. Nonetheless, as the press reported the President’s comment the next day,

“”Think of it,” Trump said during an Oval Office appearance. “They kill our people. They blow up our people. And then we have to be very gentle with their cultural institutions?”

Equally concerning, a review of U.S. agreements with China and Middle Eastern governments shows that during both Democratic and Republican administrations, the White House’s delegate on international cultural policy at the State Department appears to have ignored foreign governments’ deliberate destruction of the culture heritage of their own religious and ethnic minorities. This issue is real, not rhetorical.

Resolutions Introduced in the Senate and House of Representatives

In the U.S. Congress, the President’s threat to target cultural sites prompted Senate resolution S.Res. 465, introduced by Senator Edward Markey on January 8, 2020. The resolution condemned “threats by President Donald J. Trump to violate the law of armed conflict with respect to Iran.”  The resolution states that, “the American people do not seek conflict with any cultural or religious group.”

The House of Representatives’ H.Res. 795 introduced January 14 by Representative Elliot Engel, refers to the United States’ long-standing commitment to protect cultural heritage dating back to President Abraham Lincoln’s adoption of the Lieber Code in 1863.  It states that that any such attack on cultural sites would be a violation of the laws of war and to the 1954 Hague Convention for the Protection of Cultural Property in the Event of Armed Conflict (“Hague Convention”).

The House Resolution further states that,

“it is the established policy of the United States to protect international cultural property abroad, including that of religious communities and ethnic minorities.” 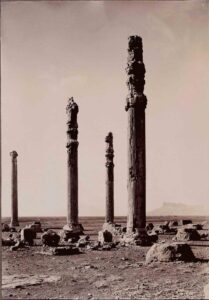 Museums around the world were quick to condemn the threat to attack Iranian cultural sites. On January 6, the Association of Art Museum Directors deplored “the tactic of targeting or demolishing cultural sites as part of any war or armed conflict” and stated that the museum community was ready to assist by working with U.S. forces to avoid targeting or destroying such sites in both Iraq and Iran. On the same day, the Metropolitan Museum of Art in New York, a prominent AAMD member, responded with a statement by Met president and CEO Daniel H. Weiss and Met director Max Hollein:

“The targeting of sites of global cultural heritage is abhorrent to the collective values of our society. Our world knows precisely what is gained from protecting cultural sites, and, tragically, what is lost when destruction and chaos prevail.

At this challenging time, we must remind ourselves of the global importance of protecting cultural sites—the objects and places by which individuals, communities, and nations connect to their history and heritage.”

Regrettably, Congress’ commitment to the protection of the rights of communities as well as nations – especially in regard to the rights of religious and ethnic minorities – is not seen in recent actions by the Department of State, acting under authority delegated by the White House. The State Department has signed or recently renewed cultural property agreements effectively granting authoritarian and oppressive national governments  rights of absolute control over the religious and community property of minorities in Egypt, Iraq, Syria, Libya, Algeria, China and other nations.

While the State Department’s Bureau of Democracy, Human Rights and Labor has repeatedly spoken out against Chinese oppression, the Department of State’s Bureau of Educational and Cultural Affairs praised China’s cultural policies – failing entirely to consider China’s incarceration of over a million Muslim Uyghur and other minorities in concentration camps.

China has acknowledged destroying over 5,000 mosques in Xinjiang, the Uyghur homeland, many of them ancient. Satellite imagery shows that in the last two years, local officials have bulldozed over 100 Uyghur cemeteries in towns all across western China, literally destroying all evidence of thousands of families’ personal history. A CNN investigation located a government directive to families giving them 15 days to remove remains. The official justification for this destruction is the importance of “building civilized cemeteries, demonstrating progress.”

How would the U.S. respond to an attack on Arlington National Cemetery or the destruction of Christian or Jewish cemeteries across the United States? Probably not with such deafening silence.

Rights to Culture are a Human Right 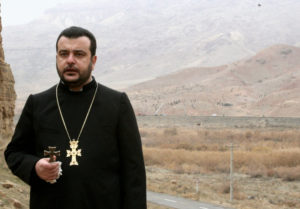 Cultural rights are also human rights, as affirmed by Article 27 of the Universal Declaration of Human Rights. UNESCO describes the meaning of the 2001 Declaration on Cultural Diversity as establishing the “right of access to, participation in and enjoyment of culture. This includes the right of individuals and communities to know, understand, visit, make use of, maintain, exchange and develop cultural heritage and cultural expressions, as well as to benefit from the cultural heritage and cultural expressions of others.”

Congress never intended that agreements on cultural property made under the 1983 Cultural Property Implementation Act should be signed with foreign governments that have not only failed to protect their own cultural heritage, a requirement under the law, but with governments that have actually deliberately destroyed it. The world should stand up to any threat to harm cultural interests – not just when they are made in tweets by a U.S. President – but wherever religious and ethnic identity are targeted for political purposes.