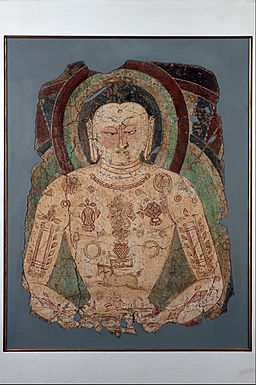 In a move that shocked India’s cultural community, the esteemed head of Delhi’s largest museum has been removed from his post and transferred to the Sports Ministry. Venu Vasudevan, Director General of the National Museum in Delhi, who is credited with reinvigorating the moribund institution, was supposed to head the museum until December 2016.

In the 18 months since his appointment, Dr. Venu opened up six galleries that had been closed for years, organized many top quality exhibitions and is said to have brought a positive new work culture to the museum.

The Indian government has been accused of caring little for art and culture and of filling important cultural posts with its political cronies. The government recently reduced the requirements for senior cultural posts from a PhD in the arts to experience as a government bureaucrat, thus paving the way for functionaries close to government to take the place of arts professionals.

Many in the Indian arts community responded to the news by signing an online petition asking the government to reconsider. An article in the national paper, the Hindu, quotes Ruchira Ghosh, former director of the Crafts Museum, who was credited with professionalizing and popularizing that institution. Dr. Ghosh said the transfer was, “extremely callous and short-sighted, and a tragedy for the National Museum and the country.”

The transfer may put into jeopardy some of the National Museum’s ambitious plans for eight new exhibitions for 2015, including a large exhibition on the Parsi minority heritage. Dr. Venu has also spearheaded ambitious documentation and publication programs, a program training college students as guides, a free, new printed guide to the museum geared to the general public, a digitization program that has so far cataloged 10,000 objects, and special programs for children and people with disabilities.

Other cultural institutions are at serious risk of government bureaucrats replacing arts professionals. There is currently no head for Delhi’s National Handicrafts and Handlooms Museum (NHHM), commonly known as the National Crafts Museum, Dr. Ghosh’s term having expired in April. Last month, the government announced that it would be setting up a Hastkala Academy for the “preservation, revival and documentation of the handloom/handicraft sector” in the Crafts Museum buildings, to be run by the Ministry of Textiles. The change was announced as a “public-private partnership” that would benefit the textile and garment industry. The government plans to turn most of the gallery spaces into classrooms. The Chairperson of the Lalit Kala Akademi (LKA), India’s National Academy of Fine Arts, was also suddenly removed in April; he is known to have been clamping down on corruption in that institution. The Indira Gandhi National Centre of Arts (IGNCA) is also currently without a director.