From THE HINDU: A Stunning Opinion by Dr. Vishakha N. Desai 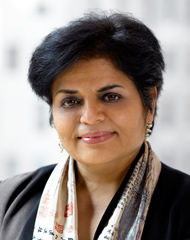 Scholar and museum professional Dr. Vishakha N. Desai sharply criticized the Government of India’s cultural policy – or lack of it- in an Opinion piece in the Indian national newspaper The Hindu, entitled India’s Deafening Silence on Stolen Art. Dr. Desai criticized the Indian government for failing to police or preserve its artistic heritage – noting that for decades, no one in India spoke publicly about the activities of well-known art dealer and accused art smuggler Subhash Kapoor and that virtually the entire prosecutorial effort against him took place in the US, not India.

Dr. Desai asked: “[W]hat will happen to these objects once they are returned to India?” She continued, “There is no doubt that when objects are proven to be stolen, they must be returned to the country of origin. But the issue becomes complicated when the “source country” neither shows much concern for the protection of its ancient heritage nor has the infrastructure to promote the deep values inherent in objects of its millennial past. This was evident in the destruction of ancient artefacts in Mosul museum by Islamic State militants in Iraq and when the Taliban hacked the ancient Buddhas in the hillside caves of Bamiyan in Afghanistan in 2001. The world watched these destructions in horror, but helplessly.”

“Among art museum professionals, it once again raised the question of safety of art objects: would it not be better to have these objects be taken care of as symbols of world heritage in the safety of established art museums in the West? What happens when the country of origin is incapable of preserving its heritage and does not care about it? An unspoken part of that rationale was that, in addition to the unstable conditions in war-torn countries, there was also a lack of concern for ancient culture that expressed an ethos and religious practice different from the present ones.”

Dr. Desai argued strongly that the Indian government has failed to value its cultural heritage or to educate Indian citizens in the country’s rich, vibrant and diverse cultural history. “[I]t must be remembered that India has seen its own destruction of monuments in the name of religion (the destruction of Babri Masjid and the vandalism of several Muslim monuments during the Gujarat riots)… In its preoccupation with science, technology and material well-being, the Indian education system has systematically de-privileged the study of ancient culture and history, resulting in the lack of any deep concern for the value of ancient objects as living testaments to a rich culture.”

Dr. Desai is an Asia scholar with a focus on art, culture, policy, and women’s rights. She is the Special Advisor for Global Affairs to the President and Professor of Practice, Columbia University and President Emerita, Asia Society (2004-2012). She well-known in the US for her work to shepherd the Asia Society Museum through years of sustained growth as a preeminent NY cultural institution.