Gold and Silver Reliquary was Given to Metropolitan Museum in 1917 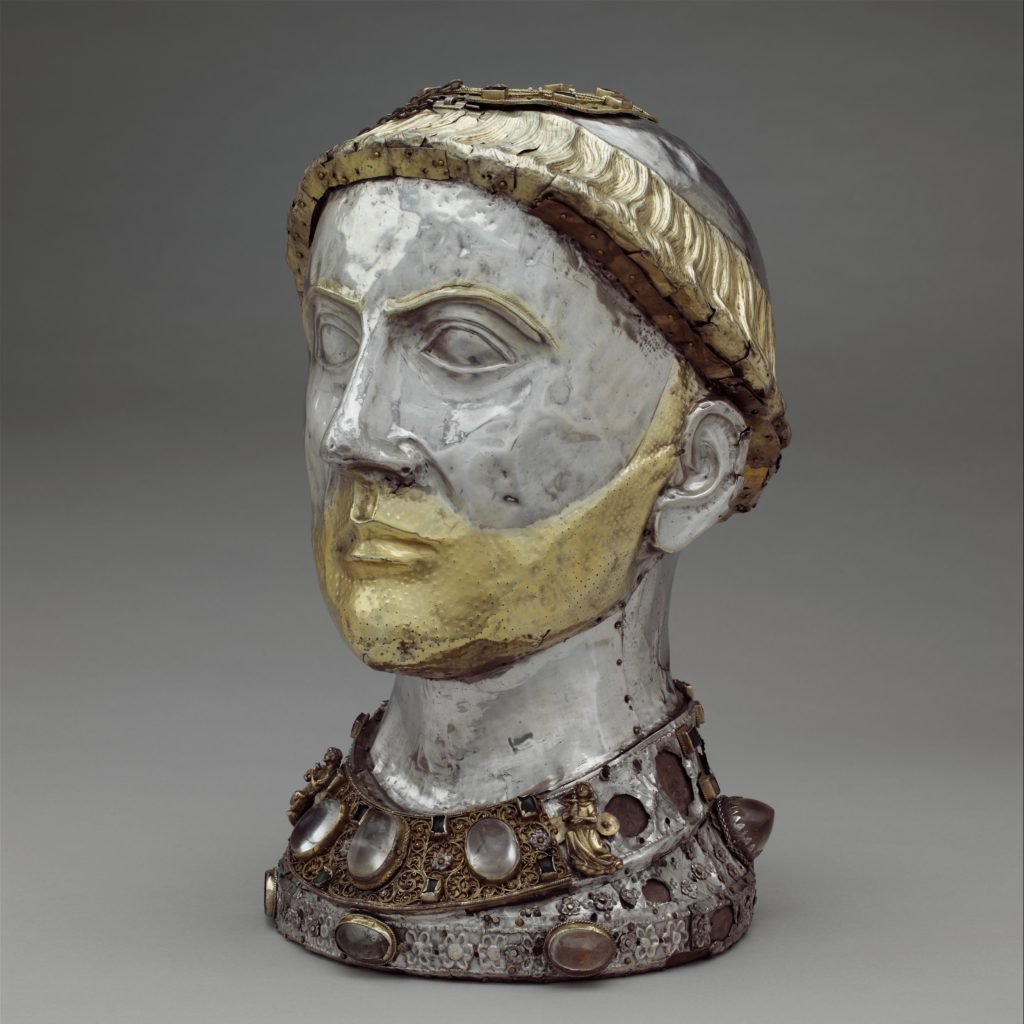 In early January, the mayor of Saint-Yrieix-La-Perche, a village of around 7,000 in west-central France, sent a letter to the Metropolitan Museum of Art in New York demanding the restitution of the reliquary of its namesake Saint Yrieix. The gold and silver reliquary bust, which at one time contained a piece of the saint’s skull, had been at the Met since 1917 when the estate of J. Pierpont Morgan gifted it to the museum.

Sometime in the 1950s an individual from Saint-Yrieix-La-Perche visited the Metropolitan Museum and realized that the reliquary in the church must be a copy.  Neither the town nor the church acted upon this discovery, however. It was not until the release of “La belle époque des pilleurs d’église” in 2017 that publication of the details of the removal prompted action. “The belle époque of the church looters,” is an account of the “Thomas Band’s” thievery in Limousin and Auvergne churches. Authors Philippe Grandcoing and Vincent Brousse spelled out the details of the alleged thefts: sometime around 1906, the parish priest of Saint-Yrieix-La-Perche had a copy made of the reliquary and replaced the original with it. He then sold the original to a French antiques dealer, who appears to have then sold it to an English dealer, as J. P. Morgan bought the reliquary for 300,000 gold Francs in 1907 from the Duveen Brothers in London.

According to Naomi Rea in her article Tiny French Town Demands the Restitution of a Religious Reliquary From the Met in artnet®news, “the town maintains that it is the only legitimate owner of the relic, citing a 1789 decree that made it public property, and an 1891 protection of historic monuments. Further, a 1905 law dictates that it is forbidden for a buyer of a protected object to transport it outside of France.”

In the same article she quotes Judith Kagan, head of France’s office for the preservation of movable and instrumental heritage: “The sale and exportation outside of France of the reliquary of Saint Yrieix were carried out unlawfully around May 1906,”… “Kept since 1917 at the Metropolitan Museum of New York, the legitimate owner remains the commune of Saint-Yrieix, which owns a national treasure under article L 111-1 of the heritage code, and a public good of cultural interest under article L 2112-1 of the general code of the public persons’ property. As such it is inalienable and imprescriptible.”

Apparently, other French ecclesiastical organizations were unaware of their responsibilities under the newly crafted laws. Other church-owned objects of veneration have made their way into foreign collections – even into the same J. P. Morgan collection – and one was gifted by him back to France.

In a story about the Reliquary of Saint Yrieix in the French publication La Montagne, a similar incident is described at Soudeilles in Corrèze, in which the replacing of a real reliquary with a fake was only discovered because many years later, a town official sold the replica, and a complaint was later filed against the buyer.

Essentially, both the original and the copy were made into pastiches, as the one that had remained in the town was decorated with some of the original enamels, and a bust later gifted to the Louvre by Morgan in 1911 had newly enameled elements.

To date there has been no response from the Met regarding the Mayor of Saint-Yrieix-La-Perche’s request to return the reliquary bust. A spokesman for the village has said that it may bring a civil action against the Met if the village’s demand is not met.