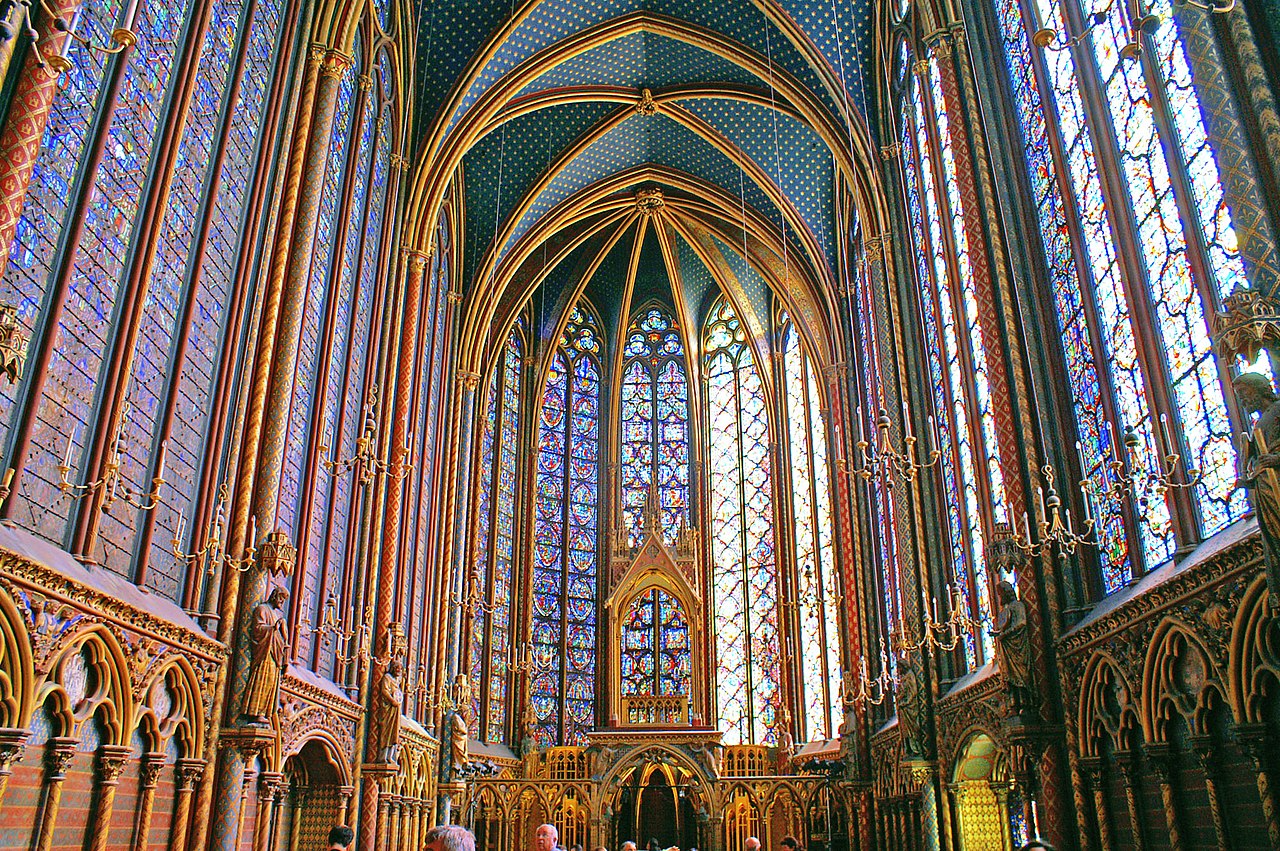 Six of the twelve original statues of Christ’s apostles from Paris’ Sainte-Chapelle are undergoing tests to discover their original colors and methods of construction. Deep in the bowels of the Louvre, at the museum’s restoration and research center known as C2RMF, scientists are using x-ray and ultraviolet scans and “taking tiny samples from ‘the sandwich layers’ of paint to find the first coat under a microscope,” director of sculptures Alexandra Gerard told AFP. 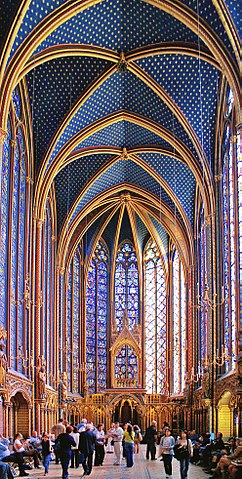 St. Chapelle, By Didier B (Sam67fr) (Own work), via Wikimedia Commons.

Thus far, the scientists have found that the original hues of the statues had a different chromatic range, says curator Damien Berne, perhaps so the statutes would stand out from the brilliantly colored stained glass of the Sainte-Chapelle that surrounded them.

The thoughtful care that the statues are receiving today contrasts starkly with the brutality they experienced through two French revolutions. How the nearly eight-hundred-year-old apostolic statues were taken from their plinths, eventually reaching the basement of the Louvre is a tale of vicissitudes that justifies their sobriquet, the ‘unlucky apostles.’

The twelve statues were originally created in the 13th century to stand guard over the relics of the Passion of Jesus in Sainte-Chapelle. Specifically, they stood watch over the Crown of Thorns that mockingly adorned Christ’s head during the crucifixion.

A devoted Catholic, Louis IX of France built Sainte-Chapelle to house the Crown of Thorns and other relics he purchased from Emperor Baldwin II of the Latin Empire of Constantinople. After the sack of Constantinople in 1204, the administrators of the empire desperately needed funds, and much of its cultural heritage was sold to rulers and religious entities in other countries.

In addition to the Crown of Thorns, Louis also purchased a fragment of the True Cross sometime between 1239-1241. Together, his purchases totaled 135,000 livres, this was considered an exorbitant sum; in comparison, the entire  construction of the chapel of Sainte-Chapelle cost less than half that amount.

The Gothic style Sainte-Chapelle was constructed between 1238 and 1248 as Louis IX’s private chapel and to house the sacred relics. It was built within the medieval Palais de la Cité on the Île de la Cité, which was the Parisian residence of the Kings of France until the 14th century. 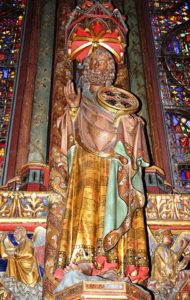 The statues of the twelve apostles stood watch over the Crown of Thorns for over five hundred years. Then, they were violently pulled from their perches, mutilated, and buried during the French Revolutions of 1789 and 1830. Four of the sculptures were decapitated. (The heads would have been lost if they had not been hidden by a pious old woman.) Six of the twelve statues were later restored as part of the restoration of Sainte-Chapelle in the mid 1800’s. (It now appears that these were too colorfully painted to match, rather than contrast with, the colors of the chapel’s stained glass.) The six most severely damaged statues were sent to the Cluny Museum for storage, deemed too broken to restore. Copies were created and placed in their stead in Sainte-Chapelle.

With the advent of advanced scientific techniques to assess and document the construction and original paint of the apostles, scientists at the Cluny Museum can now better understand how the statues first appeared.  A foot belonging to one of the statues may even be able to be reconnected to the original. After the analysis is completed, the Museum hopes to have the statues cleaned for installation in one of its galleries by 2020.