Home > Global Art > Facts on Terrorism and the Art Trade

Facts on Terrorism and the Art Trade 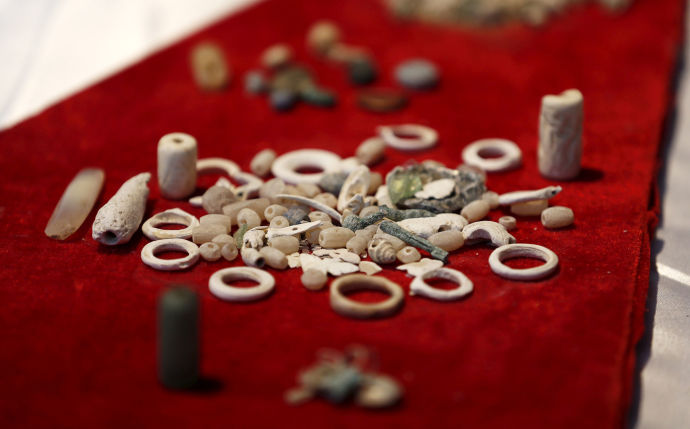 Items seized in raid on residence of Abu Sayyaf.

Phony claims about involvement of the legitimate art trade with ISIS, and about art dealers supporting terrorism continue to be fed to the media, despite reputable, solid analysis that contradicts these false allegations. The most comprehensive resource is a 78 page report commissioned by the Dutch National Police, Central Investigation Unit, War Crimes Unit: Cultural Property, War Crimes and Islamic State – Destruction, plunder and trafficking of cultural property and heritage by Islamic State in Syria and Iraq – a war crimes perspective.

“Although it seems, based on main stream media, as if all art and antique dealers are black market dealers, the legal trade tries to regulate itself. The legal trade is organized in different associations… More often than not these associations are willing to cooperate with law enforcement…. From a criminal investigation perspective, the legal trade is an easy suspect. It is a specialized market and entering it is difficult. Legal traders possess the means, network and knowledge to trade in illegal cultural property and can thus be useful for criminals. Thus is possible and can be logical that the legal trade is involved in the black market. But no evidence that this happens on a large scale is found. The legal trade could not be linked to financing IS based on this research.” Pg 49

“Most media reports cover the topic when amounts of money, financial gain, is attributed to IS. As will be described in Chapter 13.6 the estimated revenues vary from a few thousand US Dollars to several billions. Private investigations such as done by trade organizations barely make it into news reports – maybe because the conclusions of such investigations do not support the claim that IS earns millions with the illegal trade in cultural property.” Pg 28

“The collection of cultural property that was found in Abu Sayyaf’s house was turned over to the Iraq National Museum by the US Department of State. The collection consisted of coins, Christian books, an ivory plaque stolen from the Mosul Museum and fake items.” Pg 43

“There are large differences between countries and the methods their governments work with. Annual Reports provide insights in how agencies work and what the results of these efforts were. It becomes clear from these reports that there is no large influx of illegal cultural property from Syria and Iraq. There are incidents, but these incidents have been around for a long time, also before the conflict with IS started.”

“News agencies try to base their stories on primary source material such as interviews with (former) IS members or (former) illegal art dealers. But many news agencies also copy each other’s reports – a lazy way of journalism that is recognized by journalists themselves – without proper fact checking. This lazy form of journalism is often observed on internet-based media, fueled by freelance journalists, bloggers and the desire to stay up to date and be online and live 24/7.”  Pages 51-52

Finally, the report commissioned for the Dutch National Police states:

“Reports frequently mention amounts of money IS would have earned with selling stolen or illegally excavated cultural property. All these amounts are estimates. The only known fact is that an IS branch headed by Abu Sayyaf earned approximately $260,000 in taxes.

“The BBC has reported pieces worth of $500,000 and $1 million being sold by a middle man, but he is not related to IS. This middle man works with ‘friends in Aleppo’.

“In a German documentary the estimated revenues were between €6 and €8 million and The Guardian reported revenues of $36 million from the al-Nabuk region alone.”

Says the Dutch National Police report: “These estimates are ‘worthless’ and unfounded. The University of Chicago has set up a research project to model the illegal trade in cultural property from Syria and Iraq: MANTIS. They monitor the trade ‘from the ground to the auction house’ and have identified several steps in the process (digging, middle men, items enter the international market) and concluded that IS only earns money within their own territory – not on an international scale. Despite the early phase their research is still in, they have concluded that the high figures arc mostly politically fueled (“It’s a lot easier to call for action against a $7 billion crime than a $4 million one“) and not based on real evidence.” (all above, pg 60)

Additional links to serious analyses, studies, and other important resources that upend the dominant media narrative are here:

Caliphate in Decline: An Estimate of Islamic State’s Financial Fortunes – The International Centre for the Study of Radicalisation and Political Violence, 2017