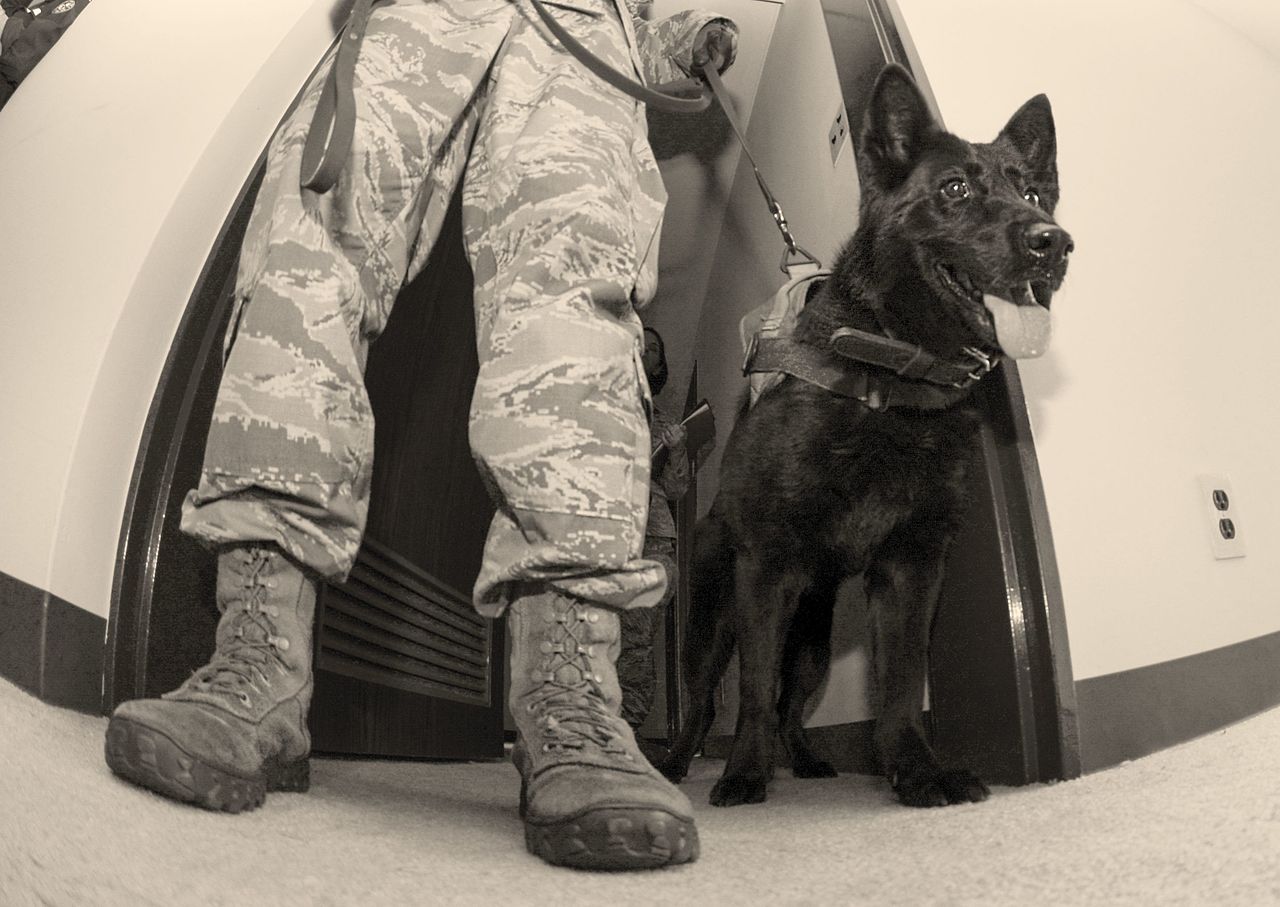 Anti-art trade advocates claim that the increase in Syrian and Iraqi “antiques” entered through US Customs shows that smuggling of ancient art is rampant.  At the same time, there is no record of seizures of illicit antiquities in these shipments by US Customs. Some think that Customs officers aren’t canny enough to catch the perpetrators. They think that antiquities-sniffing dogs could be employed instead to hunt down smuggled objects.

The more logical explanation for the increase in customs entries in US Customs’ broadly-based “antiques” category is that people in Syria and Iraq are sending ordinary antique goods, family valuables, gold items and coins out of an unsafe country into a safer one. Such an increase is normal, as desperate people try to move assets out of a country in a state of war. When hard currency is difficult to obtain, objects take its place. For example, in the 1980s, after the Soviet invasion, Afghans sent huge numbers of carpets out of the country, far outpacing the US market demand, but achieving the goal of moving assets out of a war zone.

While “far-fetched” (no pun intended) is one way of describing the employment of antiquities-sniffing dogs, a group known as Red Arch Cultural Heritage Law and Policy Research has proposed training drug-sniffing type dogs to detect antiquities. The K-9 Artifact Finders program is now partnering with the Penn Vet Working Dog Center and the University of Pennsylvania Museum of Archeology and Anthropology (known as the Penn Museum).

The goal of the training program is to teach dogs to sniff out artifacts in various locations, from cargo facilities to airports. The dogs’ ability to detect certain odors associated with looted artifacts would not require luggage or packages to be opened in order to catch smugglers.

One would assume that the dogs are being trained to recognize the smell of absorbed dirt or other associated materials, since ceramic or stone would be inert, but so far, the articles on the proposed Canine Antiquities Police haven’t explained the science behind the program.

But why stop there? By utilizing the vast treasure trove of artifacts from the cemetery at Ur at the Penn Museum, the dogs could also be tested to see if they could tell the difference between an artifact excavated a hundred years before, and one fairly freshly looted. (The Penn museum has been a center for archaeological excavation in the Iraq region for 100 years, including the key discoveries by Sir  C. Leonard Wooley at Ur in southern Iraq, which are now shared by the Penn Museum and the British Museum in London.)

The Red Arch organization is currently seeking crowd-funding for the project. 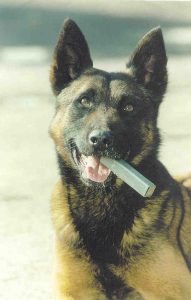 One might question how useful or practical it is to utilize an expensive training to teach dogs to detect smuggled antiquities, when it hasn’t been shown that smuggled antiquities from Iraq and Syria are actually entering the US. Unlike in the case of drugs – which are intercepted many times each day at US borders – there aren’t any records showing this is happening.

Nor is there apparent justification in the UN Security Council Resolution 2347 passed in March 2017, cited by Red Arch in its promotions, because that resolution was based on bad facts too – discredited claims that ISIS was being funded by looted antiquities.

The Red Arch program raises questions about whether the use of specialized antiquities dogs, who must also have a specially trained handler with them at all times, is the best use of the funding and energies of US Customs.

The author (that’s me) is no expert and cannot speak to what can be detected and how comprehensive the skills of an antiquities-sniffing dog might be. However, I do have familiarity with certain aspects of such training as the loving former-owner of a highly trained Dutch National Police drug-sniffing dog.  Jordi (pronounced “Yor-dee”), spent his working life as a top drug dog in the Netherlands, and then came to live with us in Santa Fe for his honorable retirement.

Jordi was highly intelligent and an exemplary dog in every way. Nonetheless, he lost his ability to detect drugs within a few weeks of chasing rabbits and otherwise relaxing in the Sangre de Cristos. How do we know? We had no drugs around the house to keep him in training with – but we got a call from a friend soon after Jordi arrived. “Help! I’ve forgotten where I put my stash. Can you bring Jordi over?” We gave the “find” command. He ran through the whole house as usual, checking every room. That he hadn’t forgotten. But he couldn’t locate their stash.

What this implies is that it’s not as easy as it sounds to train a specialized dog to a scent, or to keep one trained – or else that an untrained person like myself should not be part of the team. Such dogs also can work only a limited number of hours each day. It seems likely that an experimental, first-time program with a type of material that dogs haven’t previously been trained to find is going to be harder and take longer than the promotional articles and crowd-sourcing requests by Red Arch imply. It’s cute, but it’s dumb. 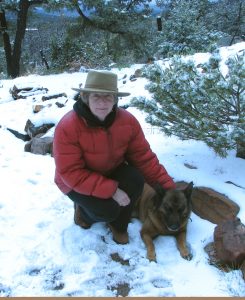 And if it does not work, then there’s a good rescue dog or bomb-sniffing dog gone to waste. Although the same breed of dog can be trained for different specialties, such as drugs or explosives or tracking a scent, individual dogs are not ordinarily cross-trained for more than one specific duty. If a dog trained for one specialty is cross-trained for another, the dog’s “evidence” becomes questionable. A drug or other scent-trained dog might respond to the scent of drugs instead to the antiquities or vice versa.

How much sense does it make to set up the antiquities-sniffing training program, given the variety and complexity of smells being trained for, especially if there is no indication that illicit antiquities from Syria or Iraq are actually reaching the US? Wouldn’t hands on investigations by skilled Customs officers be much more efficient, less expensive, be less easily challenged as evidence, and in the end, more successful?