The annual report of Britain’s Portable Antiquities Scheme and Treasure Act  for 2016 was released at the British Museum in London in early December 2017. This year’s highlights include a record 1,120 Treasure finds, a plethora of Bronze Age objects including rare arm rings, a late period coin hoard, and a rare copper-alloy anvil. The 2016 annual report also included a revision of the Code of Practice for Responsible Metal Detecting in England and Wales.

The Portable Antiquities Scheme (PAS), which began just one year after the Treasure Act, is managed by the British Museum and the National Museum Wales, in conjunction with 119 national and local partners within England and Wales. It is a highly successful government program that makes illegal digging unattractive by financially rewarding finders who report discoveries immediately to government archaeologists. Professional archaeologists take over the excavations, and all objects are documented on an accessible database. The government has the opportunity to acquire found objects at fair market value. If the government is not interested, after documentation and analysis, the finder may keep the objects or sell them on the open market. This transparent partnership between metal detectorists, and amateur and professional archaeologists has become the world’s most successful method of preserving and recording archaeological finds. 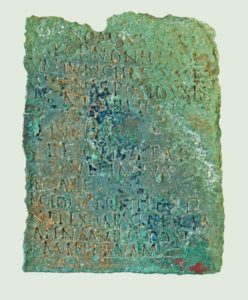 The PAS system is the world’s first countrywide proactive mechanism for recording finds from any source, including accidental discoveries, finds by metal detectorists and by amateur archeologists. Every find is digitally recorded and made publicly available on the PAS online database, creating a valuable educational and research resource. The 2016 annual report states, “To date, PAS data has been used in 599 research projects, including 25 pieces of large-scale research and 125 PhDs.”

The Treasure Act 1996 is the legal basis for PAS. It established the legal obligation of finders of potential Treasure to report their finds to the local coroner. Finders are rewarded at full market value if their finds are acquired by a local or national museum. Many finders waive their right to a reward.

“Of the 14,000 Treasure finds over the past 20 years, 40% are now in museum collections which can be enjoyed by local communities and the wider public.” reported the British Museum.

Metal detectorists have found close to 88% of PAS finds and 96% of Treasure finds in England and Wales.  The PAS report states that these detectorists aid archeologists by detecting finds in areas “vulnerable to agricultural and environmental damage, and bringing to light sites otherwise at risk.”

PAS created the Code of Practice for Responsible Metal Detecting in England and Wales in 2006 to guide detectorists in the responsible finding and reporting of objects. 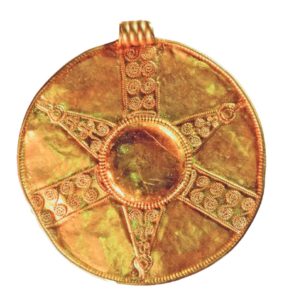 This year PAS revised the code for metal detectoring and are looking for new ways to encourage detectorists in responsible finding. As stated in the annual report, “the Group, as part of the PAS Strategy 2020, is now looking how best to acknowledge the work of finders who follow best practice and demonstrate an archaeologically minded approach to metal-detecting.”

That “99% of PAS finds were recorded to the nearest 100m, the minimum requirement for findspot information for Historic Environment Records,” speaks to how seriously metal detectorists take their responsibility. 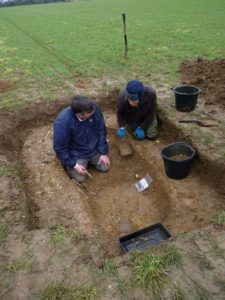 Ninety-eight parties waived their right to a reward in 57 Treasure cases reported in 2015; this figure is likely to increase as cases are completed. Donations from finders included Bronze Age basket ornaments from Whitchurch, Hampshire (2015 T72), a medieval piedfort from Kenninhall, Norfolk (2015 T108), and a 17th-century vervel from Wiveton, Norfolk (2015 T629).

The PAS system in Britain led the Netherlands to study implementing a similar scheme in 2016, to be known as PAN, Portable Antiquities of the Netherlands.