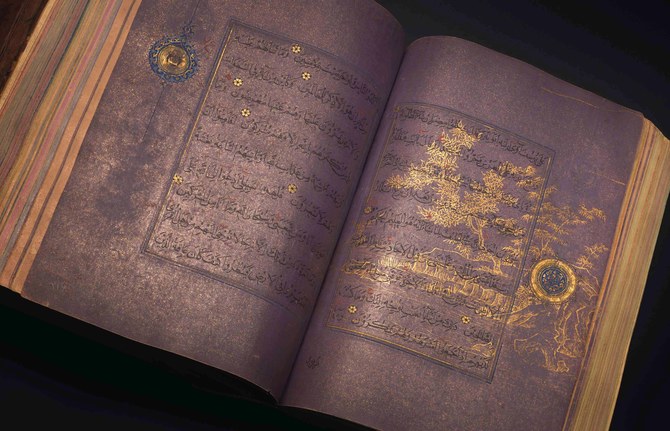 Nine members of ICOM’s committee and executive board resigned after what several termed a “rather catastrophic failure of good governance” in the presentation of a new definition of what a museum is. Problems have arisen at ICOM over both the terms for a new definition deemed “too political” and “jargon-heavy,” that has circulated through ICOM since July 2019, and the behavior of ICOM’s board. Various board members have been accused of being subject to private lobbying by European museums, of being “silent, passive and indecisive,” and failing to defend the new definition proposed by ICOM’s standing Committee for Museum Definition, Prospects and Potentials (MDPP).  African delegates have raised concerns that European members are fighting against efforts for ‘decolonisation’ and restitution.

At last year’s conference, 24 ICOM national committees from France, Italy, Spain, Germany, Canada and Russia, along with the international committees of five museums sought to delay a vote on the proposed definition. France’s ICOM chair, Juliette Raoul-Duval described the definition in 2019 as an ideological manifesto. After the latest upheaval at ICOM, Ms. Raoul-Duval said that the governance situation at the organization was now so unworkable that its future was threatened. She asked, “Should we become a political tool, mostly led by scholars, or stay a professional association, guided by professional criteria?”

The current ICOM definition is:

“A museum is a non-profit, permanent institution in the service of society and its development, open to the public, which acquires, conserves, researches, communicates and exhibits the tangible and intangible heritage of humanity and its environment for the purposes of education, study and enjoyment.”

The proposed definition for adoption was:

“Museums are democratising, inclusive and polyphonic spaces for critical dialogue about the pasts and the futures. Acknowledging and addressing the conflicts and challenges of the present, they hold artefacts and specimens in trust for society, safeguard diverse memories for future generations and guarantee equal rights and equal access to heritage for all people.”

“Museums are not for profit. They are participatory and transparent, and work in active partnership with and for diverse communities to collect, preserve, research, interpret, exhibit, and enhance understandings of the world, aiming to contribute to human dignity and social justice, global equality and planetary wellbeing.”

In the UK, a Museums Journal poll found that 62% of 226 respondents did not believe the new definition captured what a museum is in the 21st century. Many objected to the “trendy, politically correct wording” and “fuzzy” concepts although they agreed on the need to expand the definition. The fact that neither the words “collection” nor “education” appear in the new definition struck many in the museum community as absurd.

A report in the German-language Monopol states that Germany has budgeted €400,000 to establish a central contact point to co-ordinate the restitution of colonial era cultural property both at a federal level and within each of its 16 states. German museums have extensive ethnographical collections, many of which date to the colonial period. The Ethnological Museum of Berlin alone holds over 500,000 objects; Dresden, Hamburg, Leipzig, Frankfurt, Munich and Stuttgart also have ethnological museums.

General Secretary of the states-based cultural foundation Markus Hilgert said that German sought a partnership-based dialog with countries of origin as part of a “social culture of remembrance.” Germany’s colonial empire was first realized under Bismarck, beginning in the 1880s but was short-lived. German colonies included much of present day Burundi, Cameroon, Namibia, Rwanda, Tanzania and Togo, was dissolved in 1919 after Germany’s loss of WWI, becoming Mandate states under supervision of the winners. Germany also held the Marshall Islands, the Carolines, the Marianas, the Palau Islands, German Samoa, German New Guinea, the Bismarck Archipelago and Nauru in Oceania and the South Pacific.

Christie’s rebutted accusations of wrongdoing from academics and the general public regarding the provenance of “legitimate” historical objects on ideological grounds. The most recent accusations concerned a 15th Century Persian Quran manuscript that had been in the collection of the late mayor of Jeddah Dr. Mohamed Said Farsi. The Quran had been in the UK for 40 years and recently sold for £7 million, the highest price for a Quran ever.

Christie’s told the Telegraph: “We are mindful that there are nuanced and complex debates around cultural property and wish to listen and engage appropriately. However, we are also concerned that there has been a rise in unfounded accusations, spread far and fast on social media, that question the legitimate and legal exchange of these objects and collecting areas.”

“As a marketplace we should all be concerned and ensure that the debate is balanced,” stated Christie’s. The auction house stated, “If organisations who only work within the law turn away from this area, the trade would continue away from public view, objects would not be re-examined, catalogues published or exhibitions held, all of which provide access and provide opportunity for engagement and celebration of important cultures across the world.”

UNESCO, which included the historical walls of Diyarbakır on its 2015 World Heritage List is now concerned that the ‘restoration’ project has destroyed their archaeological evidence and has ordered the work halted. Diyarbakır Chamber of Architects co-chair Selma Aslan told duvar.english, “We do not know who prepared these projects but we think they were done by the Ministry of Culture and Tourism with the approval of the Diyarbakır Protection Board. We know as much about the issue as the public does.” Aslan said that, “We are witnessing restoration work in some periods that ends very badly and causes serious damage to the structures. We can say that the main reason for this is that the tenders are awarded to people who are not competent in these areas.” At the medieval Galata Tower in Istanbul, the cultural heritage director of the Istanbul municipality filmed construction workers forcing jackhammers into and destroying a section of the inner walls.

The Acting United States Attorney for the Southern District of New York and the NY office of the FBI announced the unsealing of an indictment against two Manhattan antiquities dealers for fraud. The dealers are Erdal Dere, the owner and operator of the Manhattan-based antiquities gallery Fortuna Fine Arts Ltd. (“Fortuna”), and his longtime business associate and co-conspirator, Faisal Khan. Both were charged with defrauding buyers and brokers in the antiquities market by using false provenances to offer and sell antiquities.  Dere is also charged with aggravated identity theft for his misappropriation of the identities of deceased collectors who were falsely represented to be the prior owners of the antiquities. FBI Assistant Director William F. Sweeney Jr. said in a press release announcing the indictment:  “Antiquities and art allow us to see a piece of history from a world that existed hundreds and, in some cases, thousands of years ago. As alleged, the men who trafficked in fake documents and used dead people’s names to bolster their lies had no care for the precious items they sold and no regard for the people they defrauded.”

A boy and his shark’s tooth will not be parted. Ninety-four year old naturalist David Attenborough brought a prehistoric shark’s tooth with him as a gift for 7 year old Prince William on a visit last week. Attenborough had collected the tooth, originally from a long-extinct Carcharocles megalodon, in Malta some sixty years before. Malta’s Culture Minister, José Herrera, announced that its government would seek return of the tooth, saying it had been taken illegally and should be restituted to a Maltese museum. Herrera stated that, “There are some artifacts that are important to natural heritage which ended up abroad and deserve to be retrieved.”

The situation was an embarrassment to Attenborough and the royals – and eventually to the government of Malta. Some commentators felt that the tooth was not worth a diplomatic incident. Paleontologist Matt Friedman noted that sharks shed and regrow teeth constantly. He told the Washington Post that, “They’re basically raining teeth down to the seafloor,” and said shark’s teeth were some of the most common vertebrate fossils.

One of the most poignant comments was made by the son of a Maltese journalist who was murdered in a car-bomb after exposing high level corruption. Matthew Caruana Galizia tweeted that megalodon teeth cost $40 on eBay and asked why the government was prioritizing this claim when corruption was costing Malta billions of euros.

Embarrassed by such comparisons and perhaps reluctant to ruin a small child’s day, Maltese cultural authorities have said that no investigation will follow and young Prince William can keep his Maltese shark’s tooth.