Home > Analysis > Are We in for a Flood of “Sleeper” Claims?

Are We in for a Flood of “Sleeper” Claims?

A return after 80 years of source country delay highlights museum and dealer vulnerability. 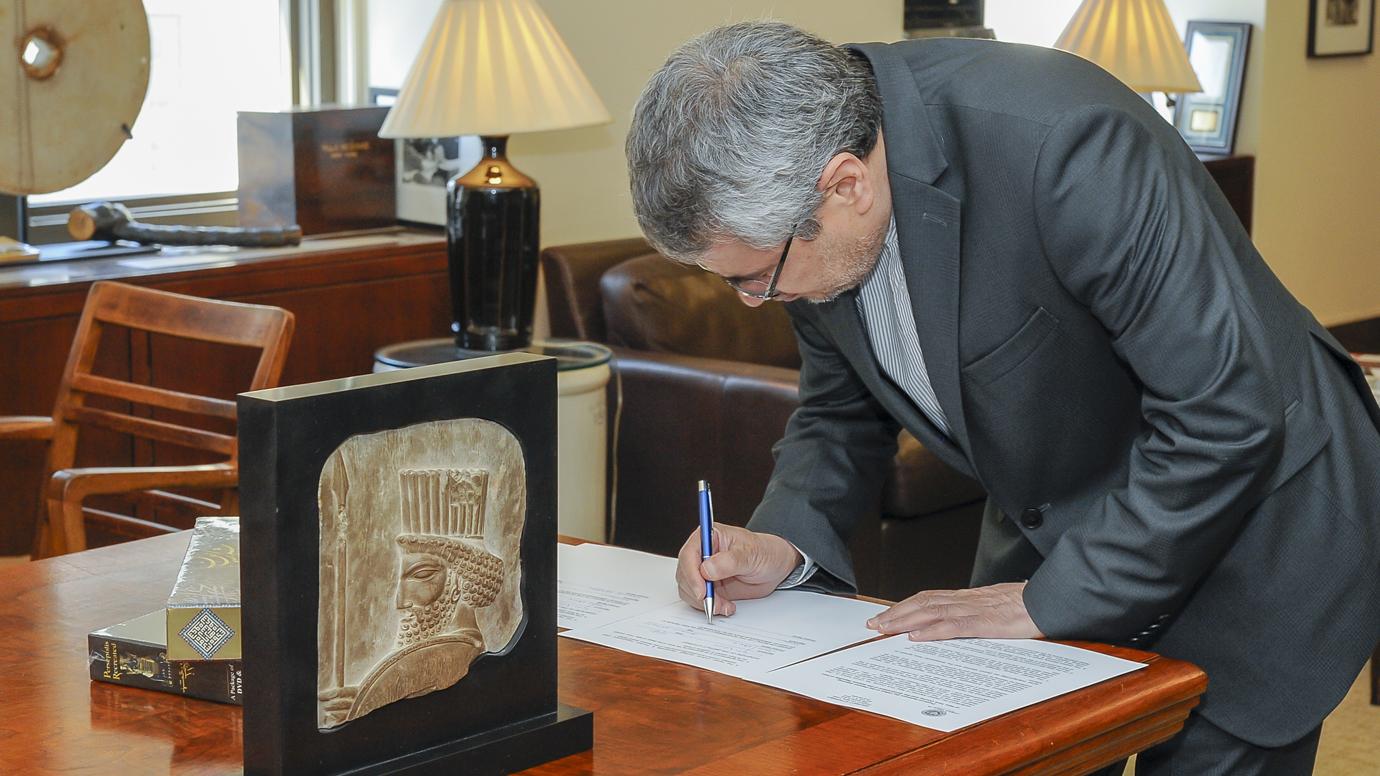 Signing at the turnover of the Persepolis fragment to Iranian authorities on September 4, 2018. Credit Office of the NY District Attorney.

On October 27, 2017, shortly before the gala opening of the European Fine Art Fair (TEFAF) at the Park Avenue Armory in New York City, a pair of prosecutors accompanied by three uniformed officers marched in and seized a small limestone relief fragment from the booth of well-known London dealer Rupert Wace. It was to be offered the next day for $1.2 million. The sculpture, which shows the profile head of a bearded Persian soldier, with shield and spear, once formed part of a procession of figures that adorned the magnificent Achaemenid ceremonial complex at Persepolis in southwest Iran, begun by Darius I in 515 BC and plundered by Alexander the Great in 330 BC.

In late July of 2018, a New York Supreme Court judge, persuaded by the arguments of Assistant District Attorney Matthew Bogdanos that the sculpture was stolen from Persepolis and that Rupert Wace and the sculpture’s co-owner, London dealer Sam Fogg, had not tried hard enough to discover its history, ordered the piece returned to the Islamic Republic of Iran.

Why, I wonder, didn’t those eager prosecutors and their posse of cops continue a few miles north and storm the Metropolitan Museum of Art and take possession of their two sculptural fragments from Persepolis? And then, while they were at it, take the expressway south to Baltimore’s Walters Art Museum, which also exhibits a Persepolis fragment, as does Harvard’s Dumbarton Oaks in Washington, DC – along with museums in Cleveland, Minneapolis, and Los Angeles, among others. Like the Wace/Fogg soldier, all of these Persepolis sculptural fragments very likely left Iran more than 80 years ago.

Should the directors and boards of these prestigious museums be in fear, as were Rupert Wace and Sam Fogg, of possible criminal prosecution for possessing stolen property? Perhaps they should. And, of course, there’s the issue of contested title. This is exactly why these museums should welcome long dormant, “sleeper” claims for their Persepolis pieces: to clear the air. What must now be tested in court – as it was not in the uncontested New York judicial proceeding – are at least three issues critical for all museums, collectors, and dealers involved with antiquities.

What we need now, I believe, are at least a few “sleeper” claims, in order judicially to put to rest the question of title to these scores of pieces of the Persepolis sculptural diaspora. I, for one, am confident of the outcome: Little known and selectively enforced foreign laws from decades past should not and will not provide the basis for antiquities seizures and prosecutions in US courts.

Dr. Gary Vikan, of Baltimore Maryland, is President of the Committee for Cultural Policy, Inc.