Archaeology Proxy for Politics in Turkey

Did Municipal Trustee Build Toilets over Armenian or Urartian Cemetery? 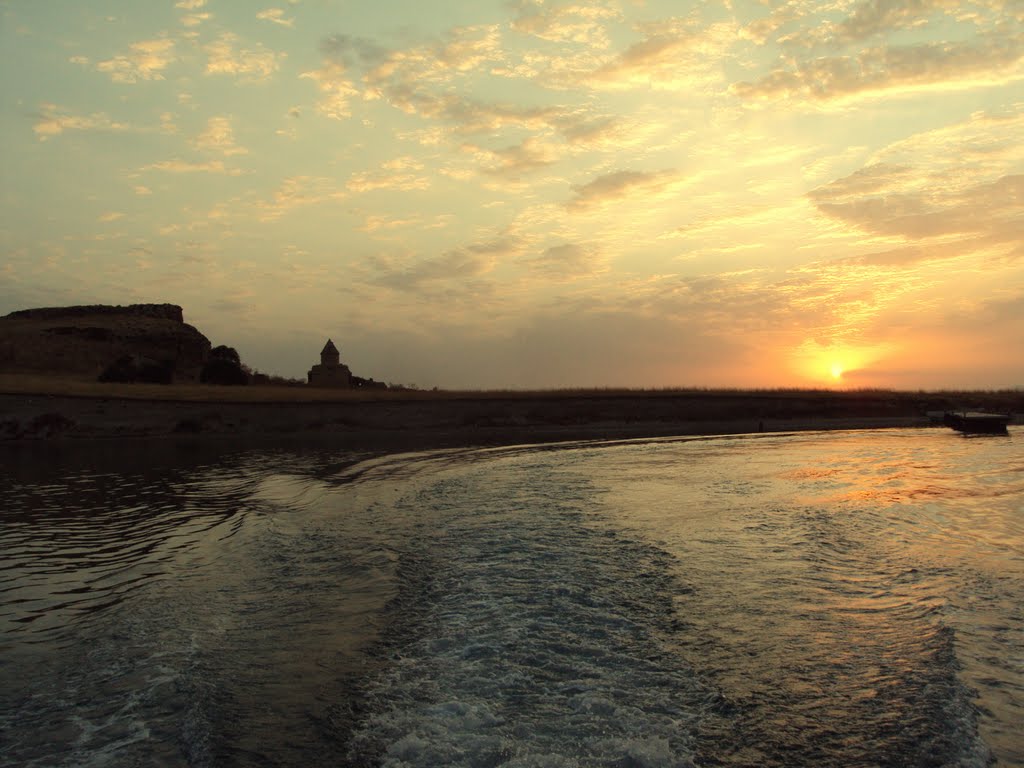 According to The Armenian Weekly, and other news sources, Turkish government-appointed trustee, Atıf Çiçekli, of Edremit Municipality in Van Province desecrated an historic Armenian cemetery and other historic sites when he ordered the building of toilets for a recently developed public beach. Bones were purportedly scattered from the 24 graves of the old cemetery. The beach, and its accompanying public toilets, were being developed in an area with historic sites dated to 3000 B.C. Edremit has been known under a multiplicity of names over the centuries: Artemida, Zard, Artashessyan, Avan, and Artavanyan. The area was famous in the 10th century for its varied fruits, and known for producing the best apples in all of greater Armenia.

In a public statement the head of the Turkish Parliament’s Human Rights Commission, Mustafa Yeneroglu, denied the allegations, stating that the toilets were in fact old construction that had been cleaned and re-opened and that the cemetery had been moved in the past. He considered the reports of cemetery desecration to be “a bid by the separatist terrorist organization [PKK] aimed at manipulating the international perception and inciting the Armenian people.”

Armenians had historically settled the area many centuries before. The conflicting stories play out against a backdrop of the history of the Armenian Genocide, 1915-1923, during which 1.5 million Armenians were systematically exterminated by Turkish authorities. Currently around 50,000 to 70,000 Armenians reside in Turkey, reduced from about 2 million prior to the genocide.

Comments posted to the story in the Armenian Weekly say that the cemetery is actually far older – from the Urartian period – and was excavated in the 1980s. The commenter also notes that archaeological destruction is endemic in Turkey: “The destruction is disappointing but unfortunately not in any way unusual – similar damage to cultures of all periods, as well as the loss of huge areas of agricultural land, is now happening on a massive scale in Van… At Edremit, the recent construction is so extensive it is called “New Edremit”. TOKI, the state-owned (as in owned by whatever party is in power) housing developer, operates without any oversight and is so corrupt that there is a specific law in place in Turkey that makes it a crime to say it is corrupt.”

Tensions have mounted in the region as Turkey has “cracked down” on minority populations perceived as hostile to the present government. Many villages in Van Province have mixed Armenian and Kurdish populations. The Armenian Weekly reported that “The government of President Recep Tayyip Erdogan has appointed trustees who are loyal to him to head dozens of [regional] municipalities after Turkish authorities arrested at least 74 co-mayors and 12 Parliament deputies from the pro-Kurdish Peoples’ Democratic Party (HDP) over the past year.” Atıf Çiçekli, the Edremit Municipality trustee involved in the alleged cemetery desecration, as well as Van Province trustee Murat Zorluoğlu, were both reported to have been appointed as a part of the crack down on Kurdish politicians.