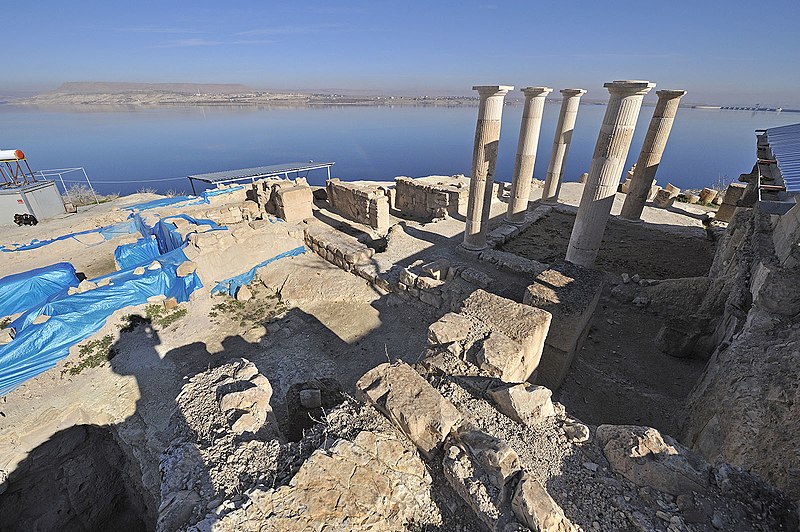 Turkey and Tunisia have requested all-encompassing U.S. import restrictions on virtually all art originating in their territory, spanning all periods in history from the Prehistoric up to the modern era. The requests were made under a U.S. law, the Cultural Property Implementation Act (CPIA). The requests must show how the country’s current situation with respect to looting and illicit trade meet the criteria for import restrictions under U.S. law.

U.S. law requires that four conditions be satisfied before signing an agreement:

The State Department, which received the requests, does not release them. Instead, the State Department prepares summaries; this is all that the public receives and can judge from. Museums, businesses, and collectors must do their own research since the summaries do not have data sufficient to determine if the countries’ situation meet the criteria of U.S. law.

In the cases of Turkey and Tunisia, the summaries do not give an accurate account of the local laws, law enforcement, evidence of looting, or legal and illegal trade in each country, nor do they provide other data that justifies imposing import restrictions. They don’t offer evidence that either country has a significant looting problem today, or that they have made serious efforts to stop illicit trafficking on their own. They do not show that any U.S. art dealers or buyers have a role in illegal trade.

The Five Best Reasons Not to Sign are drawn from these reports.

The AAMD stated, “For many types of cultural property, an MOU will not curb looting and destruction because those actions are being carried out by the Turkish state itself.”[1]Here are examples:

In the last four years, the Turkish government has destroyed two World Heritage Sites at Diyarbakir, an important site in the Hellenistic, Roman, Sassanid, Byzantine, Islamic and Ottoman periods. Hundreds of thousands of people were displaced and 800 historic buildings and registered cultural monuments were bulldozed. The Armenian Catholic Church of Diyarbakir, a 1700-year-old Syriac Orthodox Church of the Virgin Mary and a Jewish synagogue where Elijah was thought to have become a prophet were destroyed during street fighting by Turkish troops. The deeply venerated Armenian Surp Giragos Catholic Church was ordered expropriated by the Turkish government in what observers called a ‘legalized robbery.’ [2]

Turkey has prioritized other infrastructure development at archaeological sites in regions with minority populations. A Turkish dam project has inundated the ancient site of Zeugma, on UNESCO’s Tentative List, where rushed salvage archaeology failed to preserve many of its ancient remains, including mosaics.[3] The town and surrounding regions of Hasankeyf, a World Heritage site containing more than 300 archaeological sites from the Prehistoric through the classical Byzantine, and Ottoman periods, are today being submerged under the waters of the Ilisu Dam.[4]

The Turkish military recently bombed into rubble one of the most important Hittite sites in the world, Ain Dara, just across its border in Syria.[5]

Requests are supposed to cover only objects at current risk of looting. The source countries’ proposals would cover thousands of decorative objects and hundreds of thousands of coins that have circulated for centuries in the Ottoman Empire and as far north as Scandinavia and east as China. This well-documented, continuous, commercial trade dates to the 4th century CE Byzantine trade, to the flow of Turkish manufactures throughout the Ottoman period across the Middle East and through North Africa, and through present day Greece into every kingdom in Europe. 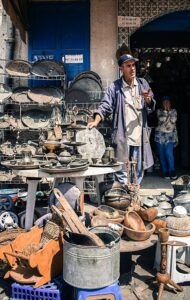 In Turkey itself, the trade continued relatively unabated through most of the 20th century. To give one very recent example, despite on-paper provisions in Turkish law preventing trade in antiquities, a collector who was vice-consul of the American Embassy in Istanbul collected thousands of such objects in the 1930s-40s-and 50s, with the knowledge and even assistance of Turkish museums and other authorities. He published a book on his collecting adventures in the Istanbul Bazaar where he bought Classical and Islamic figurines, ceramics, manuscripts, textiles and jewelry, and described the distribution of a single find of 35 kilos of gold Byzantine coins from a street excavation, which were sold openly after an Istanbul museum had its pick.

There is no evidence of a U.S. trade in the ancient objects looted by the Tunisian government from its own sites and museums during the incredibly corrupt regime that ruled the country until 2011. The remaining objects Tunisia claims as its cultural heritage are in large part made up of objects from this international Ottoman trade, common ancient coins, or objects belonging to minorities who have emigrated or who are found in other countries of the Sahara. (There are actually more Berbers in Paris than there are in Tunisia today.) By closing off access to Berber and Tuareg folk crafts from Tunisia, where there is a tiny Berber group, the U.S. will close off access to Berber crafts from eight other nations where Berbers are far more numerous. 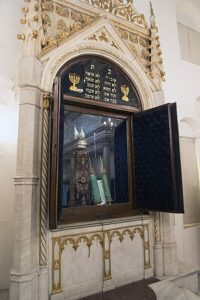 People who have lived for thousands of years in Turkey and Tunisia should not be denied access to their religious and community heritage. Armenian, Greek, Jewish, Orthodox and Syriac Christian populations who suffered under genocide, mass killings, deliberate starvation, and anti-Semitic and anti-Christian persecutions in the 20th century have disappeared from Turkey. Many have emigrated to the U.S. Turkish government policies continue to pressure religious minorities to leave, but Turkish law prohibits export of community owned religious items and does not recognize non-Muslim religious organization’s rights.

Most of Tunisia’s Jews have left for Israel or the United States. in fact, the most valuable objects documented as sold in the U.S. originating in Tunisia are not antiquities. The only objects sold at auction in the U.S. were antique and 20th century Jewish materials that left Tunisia years ago.

The net effect of these proposed agreements will not be to halt looting but to deny access of displaced peoples to their heritage.

In Turkey, a U.S. cultural property agreement would become a political tool and give cover to wrongful actions by its authoritarian government. Turkey’s President Erdogan has incited religious animosities to win political points and is poised to use a recent court ruling to make mosques out of museums that were formerly churches. This court ruling was regarding the Kariye Museum, formerly the 14th century Byzantine Church of the Savior in Chora, with some of the finest frescoes and mosaics of the Byzantine period. Reconversion to a mosque would result in covering them in plaster or even destroying them.

Hagia Sofia in Istanbul, a UNESCO World Heritage Site and one of the wonders of the medieval as well as the Islamic world is subject to the same ruling. Erdogan has failed to curb anti-Semitic and Turkish nationalist demonstrations in Turkey’s cities and encouraged the violent repression of Kurdish minorities. Facing a close election in Istanbul for his party, Erdogan used cultural heritage issues, including making Hagia Sofia a mosque, to polarize the country and harm minorities.

In Tunisia, the rise in power of Zine El Abidine Ben Ali in 1987 marked a change from casual acquisitions of antiquities by foreigners and tourists to an organized business run by relatives of the President. Objects were taken directly from museums and archaeological digs. A weak Tunisian law prohibiting illegal excavation was enacted in 1994, but even this was barely enforced. Until 2011, only registered and classified objects with National Heritage Institute (INP) markings were actually prohibited from trade. Corrupt officials dug up a 4th century basilica in Carthage to construct a mosque named after the President.

Turkey’s and Tunisia’s proposals were heard at a meeting of the Cultural Property Advisory Committee (CPAC) at State on January 21. After each hearing, CPAC makes recommendations – yes or no – and indicates the scope of objects to be covered. CPAC has increasingly restricted public testimony – generally allowing only one hour of public testimony total (two to five minutes per speaker) for cultural property agreements that last for a minimum of five years. Legislatively required reviews of existing MOUs are minimal at best. Some MOUs have been renewed consecutively for thirty years without having had discernible positive effect in the source countries.

If the President’s delegate at the State Department approves the Memoranda of Agreement (MOUs) with Turkey and Tunisia, the Bureau of Education and Cultural Heritage at State will then work with Turkey’s and Tunisia’s embassies and archaeologists to build comprehensive “Designated Lists.” In recent years, these lists have included virtually all objects from these countries. Objects will be prohibited from import unless they can be proved to U.S. Customs’ satisfaction to have been out of Turkey for more than ten years.

Although it is possible to lawfully import artworks that left the countries of origin at least ten years prior to imposition of the bans, U.S. Customs places the burden of proof on the importer to prove this requirement and has been utilizing its discretion to reject affidavits and other evidence supplied by importers. Given the widespread circulation of art, particularly Ottoman art, from the region over many centuries, little documentation is available for most objects.

Such agreements will likely facilitate various activists’ agendas to block all art from the Mediterranean region from entering the U.S. In October 2018, a State Department official told conference attendees in Washington that five more requests from Middle Eastern and North African nations for agreements under the CPIA were “in the pipeline.”[7] Italy, Greece, Cyprus, Bulgaria, Iraq, Egypt and Syria already had either agreements under the Cultural Property Implementation Act (CPIA) or its legislative equivalents. It appears that after requests from Libya, Algeria, Morocco and Yemen were rushed through the CPAC review process in 2018-2019, agreements with Turkey and Tunisia will effectively close off U.S. access to virtually all art from the Mediterranean region.

[6] The AAMD’s commentary on the Turkish request warns that a broad, non-specific Designated List would be nothing more than an embargo of all items from that country. In the last decade, the State Department has signed and renewed (for as much as 30 years) dozens of overly broad cultural property agreements that consistently overstep the plain language of the statute and the authority given under the CPIA.