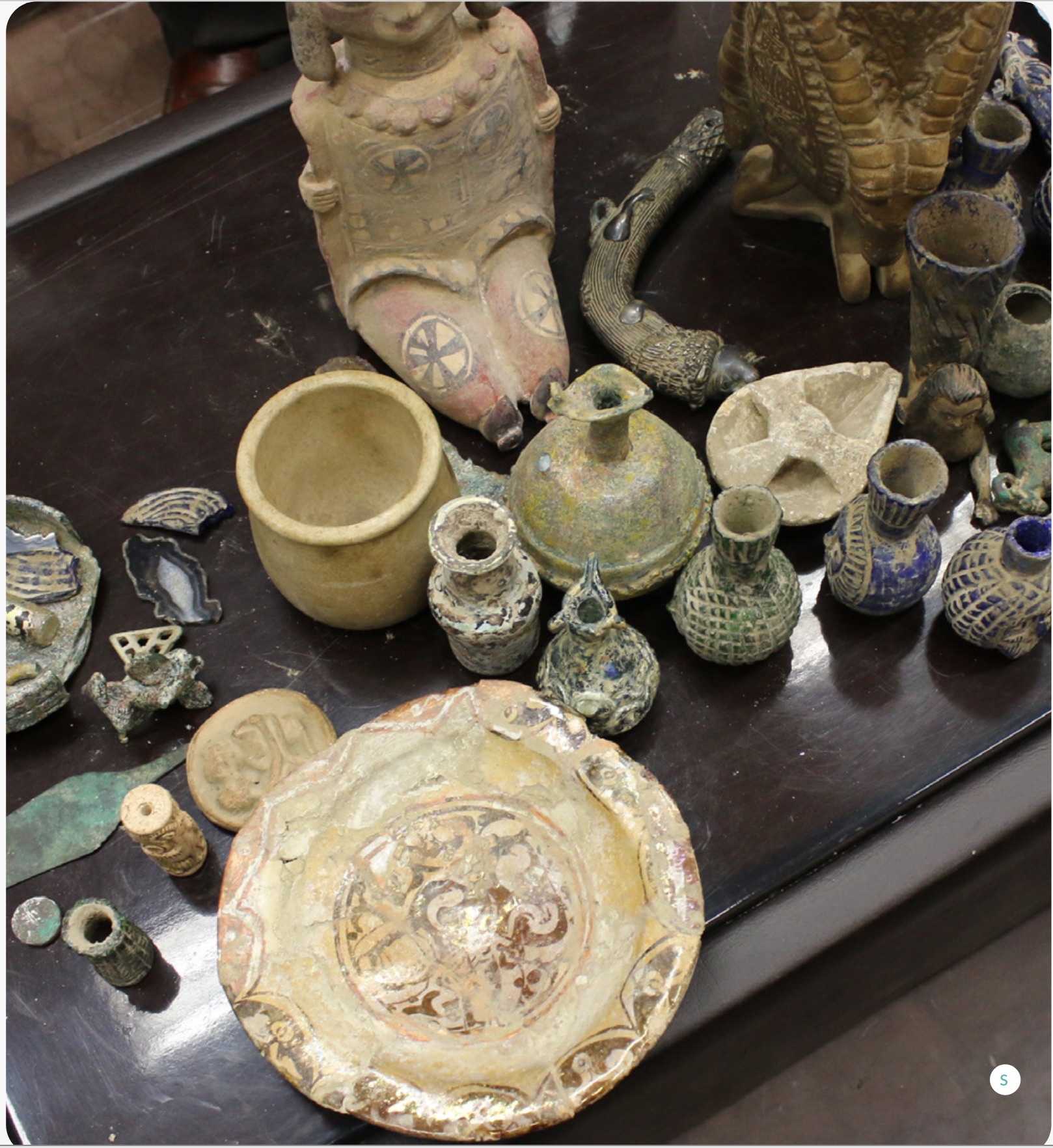 Formerly Editor of Antiques Trade Gazette, Ivan Macquisten is a writer, commentator, analyst, collector and campaigner in the international art market. His work includes advising the Antiquities Dealers Association (ADA) and International Association of Dealers in Ancient Art (IADAA), as well as trade organizations in other sectors and the UK government.

The World Customs Organization has released its annual report on transnational crime, which sheds some light on the true scale of the smuggling of cultural property as it relates to other risk categories, from drugs and weapons to counterfeit goods.Despite reports from some officials that have classed the illicit trade in antiquities as a multi-billion-dollar industry and the third largest black market after drugs and the arms trade, and have stoked fears of a recent surge in looted artifacts from the Middle East being smuggled into Western Europe, the new report reveals the scale is much more modest.

In fact, cultural heritage crime is so minor compared with other risk categories globally that it barely registers on Customs’ radar. (The 2019 report, which is usually released in December but came out in July this year, gathers data about crime reported by Customs globally.) The 200-page Illicit Trade Report reveals that cultural property accounts for just 0.2 percent of all investigations and seizures reported by the Customs Enforcement Network. In 2017, it was also 0.2 percent, and in 2018, just 0.08 percent. The World Customs Organization started to assess cultural heritage as an independent category in 2015.

As the organization is keen to point out, cultural heritage is more complex than other categories when it comes to illegal activity, and it can take more than a decade for cases to be resolved. Reporting also remains a challenge as some countries fail to submit data, while others submit reports without providing details on the cases. Reporting delays also mean that figures given at the time of publishing the report tend to be revised by the time of the next report, a year later.

However, by any measure, the chasm between cultural heritage crime and other categories such as drugs, counterfeit goods, and alcohol and tobacco smuggling is so great that under-reporting can be all but dismissed as a significant factor.

A Global Picture of Relative Inactivity 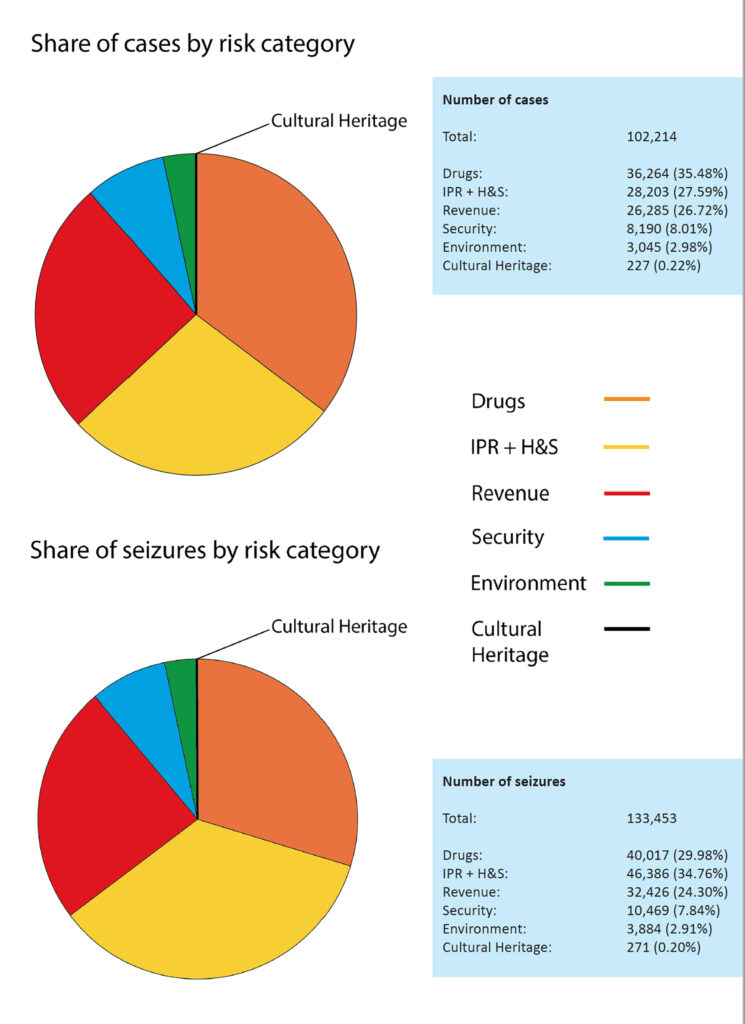 The insignificant scale of cultural heritage crime compared to others can be grasped through the graphs above, where, marked in black, it barely registers compared to the next highest risk category of environment (marked in green).

As the graphics show, of the 102,214 cases investigated in 2019, just 227 involved cultural heritage. This compares to 36,264 for drugs, over 28,000 for counterfeit goods including medical supplies and over 26,000 for alcohol and tobacco under what is now termed Revenue loss – a mix of unpaid taxes and lost income for legitimate sources.
Similarly, when it comes to seizures, cultural heritage accounted for 271 incidents in total as compared with 40,017 for drugs, 46,386 for counterfeit goods including medical supplies and 32,426 for alcohol and tobacco.

The World Customs Organization explained that the fall of almost three quarters in the number of items seized was largely accounted for by a spike in 2018 when a single seizure yielded more than 10,000 coins.

With the number of countries reporting cultural heritage cases for the year rising to 34 from 23 in 2018, this points to a global picture of relative inactivity, with just a few major cases augmented by more minor cases. 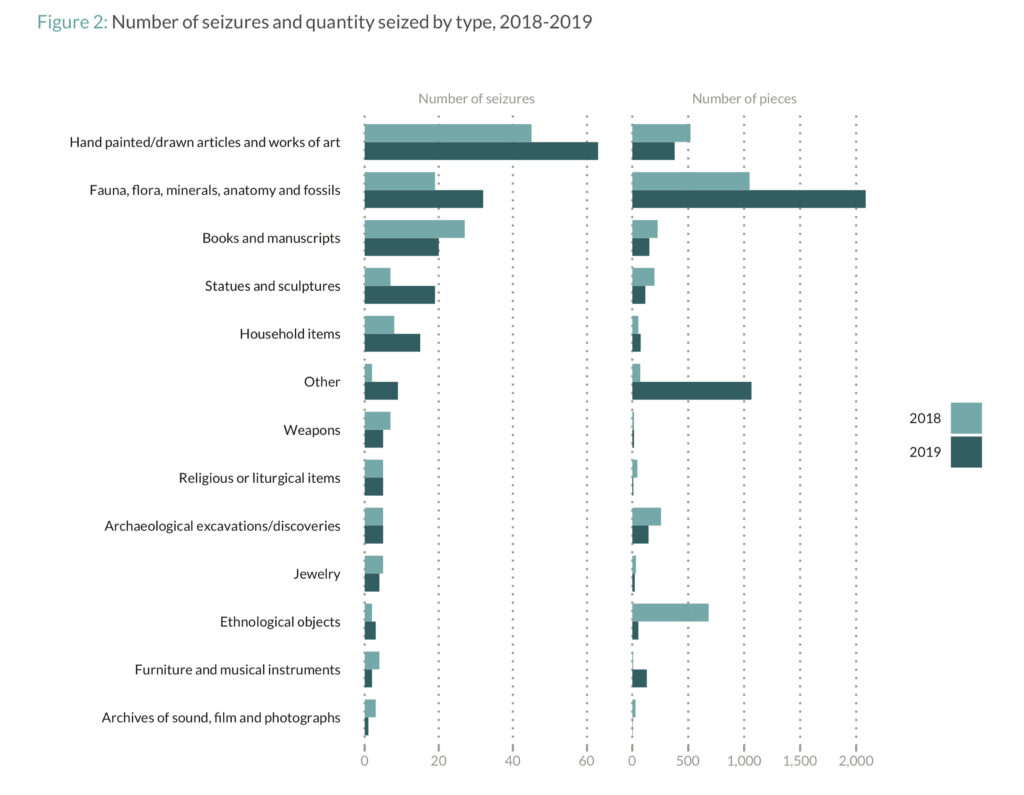 The figures also reveal that currency and medals, including coins and banknotes, make up the largest proportion of cultural property seized; for 2019, that was 5,141 of the 9,399 items taken into custody.

The report breaks cultural heritage crime down into 13 defined categories of interest, from “statues and sculptures,” “books and manuscripts,” and “works of art” to “jewelry,” “household items,” and “archaeological excavations or discoveries.” Giving figures for the number of seizures and the number of pieces seized, all but two categories (“fauna, flora, minerals, anatomy and fossils” and “other”) account for under 500 pieces each, with the vast majority accounting for little more than a handful. 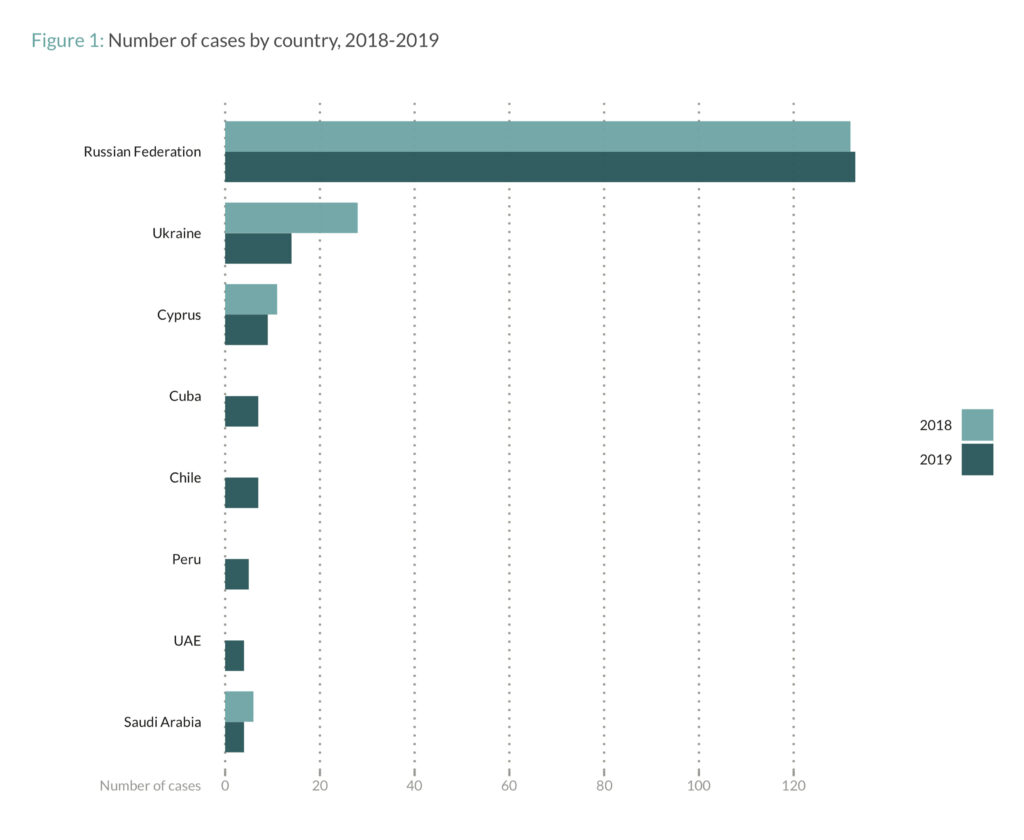 No of cases by country. Courtesy Wold Customs Organization.

While the report does not give an exact figure for the number of seizures relating to antiquities (“archaeological excavations/discoveries”)—considered the most sensitive area of transnational cultural heritage crime—it matches 2018 at around four or five, with the total number of pieces seized falling from around 250 to about 130.

Despite highly vocal fears of a surge in looted artifacts emerging from Syria and Iraq, neither features in any significant way in the report. It will be interesting to see if this changes once delayed reporting is taken into account.

While value comparisons are difficult, it is possible to bring some perspective. The largest single seizure involving cultural heritage—2,963 antique Byzantine coins found in a Turkish-registered car in Croatia on April 7—was initially valued at €289,418 ($324,148). This accounts for 31.5 percent of all cultural heritage items seized during the year. By comparison, illegal logging, just one crime area listed under the environment category, is estimated to have cost around $15 billion in lost taxes and revenues for the year.

Western Europe Is Not a Hub for Smugglers 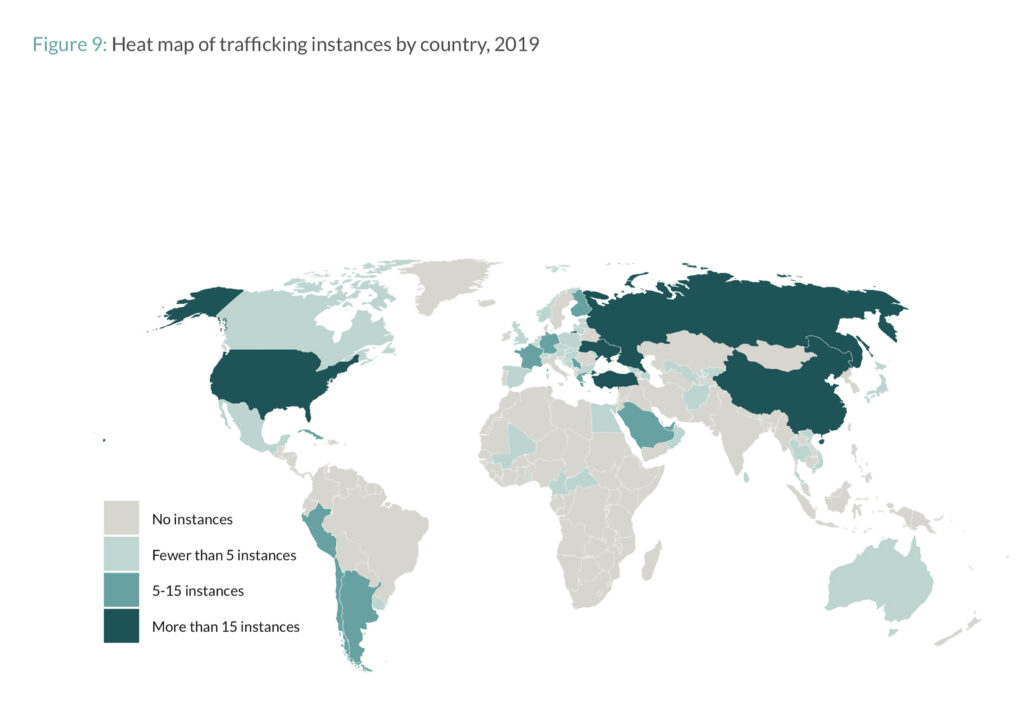 Heat map of instances. Courtesy of the World Customs Organization.

The World Customs Organization report also sheds light on where the problems lie geographically, producing a useful heat map of activity. This and the accompanying statistics reveal that most cases are grouped in Eastern and Central Europe, as well as in the Commonwealth of Independent States in Eurasia, South America, and the Caribbean. This indicates that, despite many varied and persistent claims to the contrary, Western Europe is not a hub for cultural heritage crime.

One anomaly in the report is that while the heat map shows the United States to be in the highest level of activity with more than 15 instances recorded, it does not appear in the top eight reporting countries. They include the Russian Federation, Ukraine, Cyprus, Cuba, Chile, Peru, the United Arab Emirates, and Saudi Arabia.

Between them, these countries account for 80 percent of all cases, with the Russian Federation reporting 133 of the 227 cases globally. Another illustration of the low level of reporting activity comes from the figures for Cuba and Chile who lie joint fourth in the table: each reported just seven cases for the year.

Not the Full Picture

The World Customs Organization highlights the fact that for analytical purposes, only cases reported via the Customs Enforcement Network are accounted for in the report. However, it does include anecdotal evidence of other cases handled by local police forces and national authorities to bring perspective.

On July 1, 2019, the UK Border Force seized two trunks shipped from Bahrain at Heathrow Airport that contained 190 clay items that looked like ancient Mesopotamian cuneiform tablets, figurines, cylinder seals and pots, but which later turned out to be fakes. 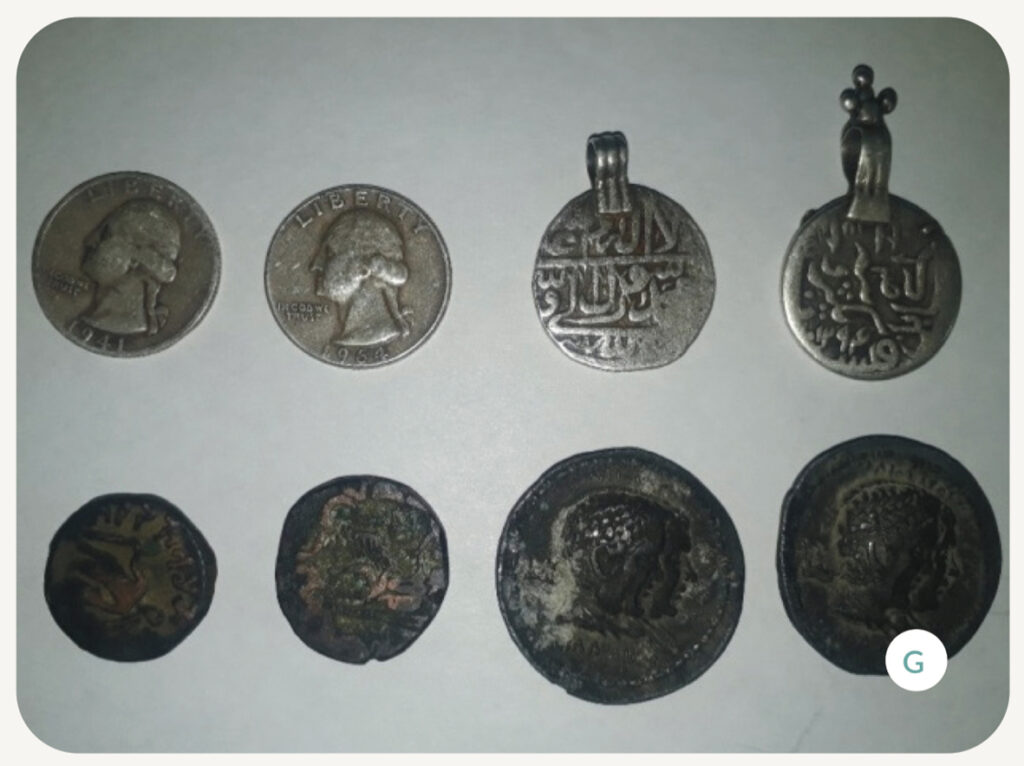 For those surprised by the generally low levels of reporting, the organization cites several possible explanations. First, in some cases Customs might need to “maintain secrecy over ongoing investigations.” It points out that some jurisdictions prohibit the sharing of seizure data until after the object has been restituted to the source country, a process which can take up to ten years. The involvement of other authorities, such as police, can also complicate Customs’ ability to pass on data to the World Customs Organization. As a result, the report states that “trends and patterns in this analysis serve for indicative purposes only and in no way represent all the efforts of the law enforcement or the real volumes of illicit trade of cultural objects.” 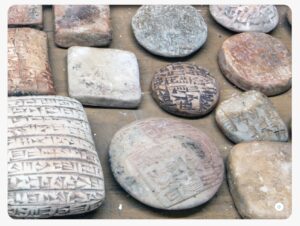 Second, the report states that in some cases, “apparent increases in certain types of illicit trade could simply reflect improved methods and techniques of Customs officers rather than a genuine uptick in trafficking of cultural objects.”

Clearly, as can be seen from recent changes in 2018 data from the original report, delayed reporting is a factor, but even these differences are miniscule in the global picture of transnational crime. The report does acknowledge that trends and patterns that can be gleaned from this analysis “serve for indicative purposes only,” which indicates that while they may not be complete, the submitted data does reflect global patterns and the relative weight of crime across the various sectors, from cultural heritage to drugs and weapons.