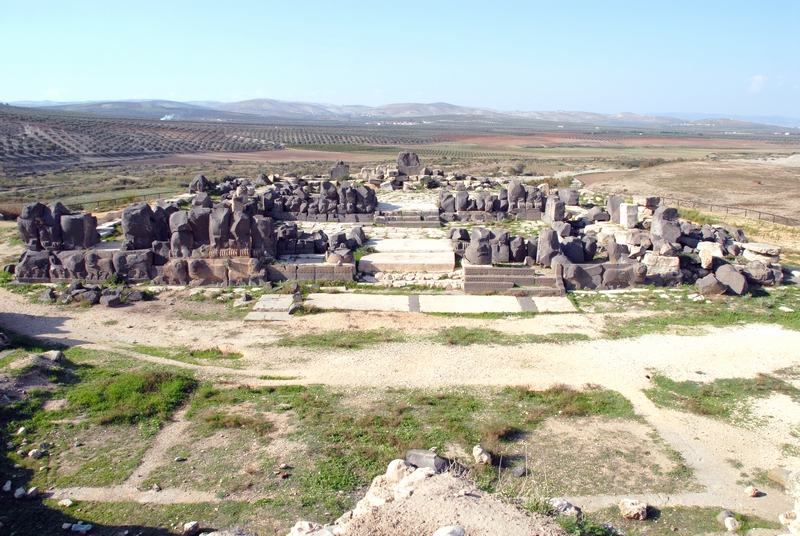 Between January 20th and 22nd, Turkish warplanes destroyed the most outstanding Syro-Hittite monument ever excavated, the Iron Age temple of ‘Ain Dara, near to the northern Syrian town of Afrin. The bombing is said to be part of an aggressive campaign against Kurdish separatists that Turkey calls “Operation Olive Branch.” The nearby town of Afrin was also severely damaged during January. According to the Institute for the Study of War (ISW), the campaign was intended to extend Turkey’s buffer zone along the Syrian border. The operation was coordinated with the Russian military and Turkey is said to have obtained Russian permission for the attacks.

Ain Dara was built after the collapse of the Hittite Empire around 1180 BC, by peoples known as Syro-Hittites or Neo-Hittites.  According to reports from the Syrian Observatory for Human Rights (SOHR), the 3,000-year-old site has been 60% destroyed and its gigantic stone statues turned to rubble. SOHR also stated that Turkish bombings of nearby towns during Operation Olive Branch have killed at least 55 civilians; Turkey does not acknowledge the civilian deaths. The Syrian Antiquities and Museums Directorate denounced the bombing as a barbaric attack against Syrian identity, although it should be noted that the Syrian government has not acknowledged the destruction of monuments by Syrian government and Russian forces in similar terms.

Prior to the Turkish bombing, Ain Dara was famous not only for its massive stone statues of lions and sphinxes, but also for its intricately patterned wall-carvings – and for a mysterious set of giant, three-foot-long footprints carved into its stone entryways.  Based upon a diagram of the site on the American Schools for Oriental Research website, the main walls and remaining structures of the site, including these giant footprints, and the massive statues lining its carved walls, suffered the worst damage. Archaeologist Salah el-Din Senno, a member of the local antiquities council, told Delil Souleiman of Agence France Press that, “The damage began from the entrance and extended to the interior – the legendary animal statues, guardians of the temple, and other sculptures representing the gods were scattered…Stone slabs were thrown a distance of 100 metres,” 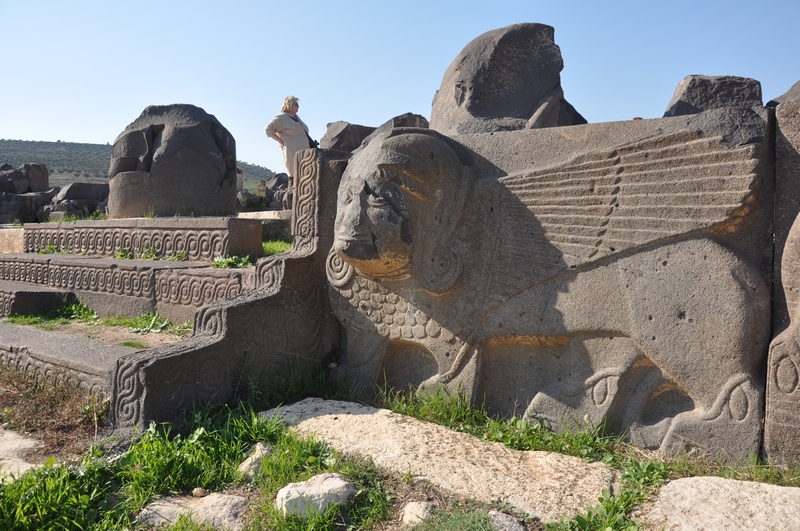 In addition to the 3000-year-old Syro-Hittite temple, there are also over 40 ancient villages, up to 2000 years old, within the Afrin town region, grouped in eight archaeological parks and designated as a UNESCO World Heritage site. The villages were abandoned in the 8th- 10th centuries but still contain well-preserved pagan temples, churches, monuments, bathhouses, and public buildings. There have been no reports on the status of these villages.

The American Schools of Oriental Research (ASOR) have supplied the most comprehensive reporting on the damage to Ain Dara. ASOR also placed a number of before and after photographs on its website, enabling comparisons of the site in 2010 and the rubble that remains. The images are sourced from ASOR’s archeological records and video screenshots of the damage from the Syrian Observatory for Human Rights. There are also satellite-generated images on the ASOR website showing damage to the site as a whole. 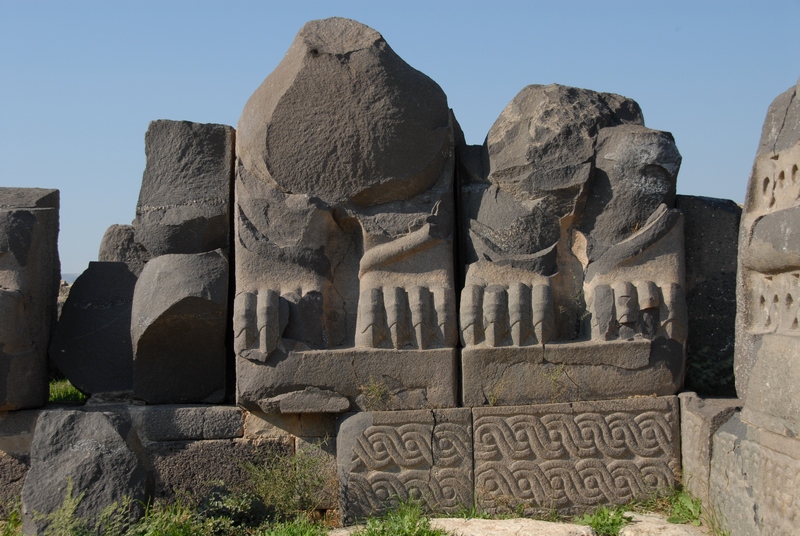 Oddly, although all news reports assert that the Turkish military bombed the ancient site, ASOR’s initial report did not blame Turkey, saying only that, “Several news agencies attributed the damage to a Turkish Air Force strike.”* Nevertheless, ASOR’s site provided a link to the Institute for the Study of War damning analysis of Operation Olive Branch.

The destruction of Ain Dara is truly shocking, especially as the act of a government with a strong self-identification with the glories of the ancient world. Turkey is very concerned with protecting its own culture. It has long had laws on the books prohibiting export of objects of cultural heritage and has effectively monitored exports for decades. Turkey has built notable museums and archives, and its universities graduate thousands of skilled archaeologists, historians, and art historians. Recently, the Turkish government demonstrated its capacity for domestic enforcement of antiquities laws when authorities seized artifacts found by metal detectorists.

There is no possible justification for Turkey’s government to blast a monument that has stood for 3000 years. Except to gain political advantage, it seems.

According to the Institute for the Study of War, at this time, the Turkish government is not focused on its allies or the lives and lands they are trying to protect. Instead, the Institute states: “Turkey’s operations threaten to provoke a widening Turkish-Kurdish war that could unravel the U.S. stabilization effort in eastern Syria, place U.S. service members in Manbij at risk, and force the U.S. to reconsider support for the YPG.” *

We await additional reporting on the ‘Ain Dara monument, and will update as news comes in.

* In May 2017, ASOR announced a “$900,000 cooperative agreement between the U.S. Department of State and ASOR Cultural Heritage Initiatives (ASOR CHI),”the latest in a series of major grants by the State Deprtment to the organization.

** YPG is the acronym for the Kurdish People’s Protection Units, which is an American anti-ISIS partner, but which Turkey considers linked to the Partiya Karkeren Kurdistan (PKK) or Kurdish Workers Party, a separatist group.