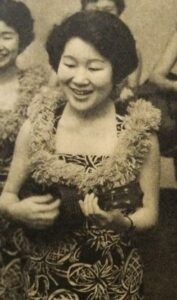 Hana Suzuki played the guitar as a kid, but after seeing Israel (“Iz”) Kaʻanoʻi Kamakawiwoʻole in concert in Hawaii as a teenager, she decided to take up the ukulele instead.  She played for a few years before kids and a successful career at a tech firm got in the way of her musical ambitions.  After her children went off to college, Hana and her husband, Lee, who played in a garage band as a teenager, started to collect electric guitars.

It was fun at first, but Hana soon decided she wanted to do her “own thing.”  Thinking back to her youth, Hana decided to focus her own collecting on ukuleles which she could also play for fun.  Her first purchase was a beautiful Martin T1 Tenor just like the one Iz performed “Somewhere Over the Rainbow” on in his concerts.  Next, she decided to investigate older instruments.  After some research, she was drawn to the rare, beautiful and expensive Gibson “Poinsettia Uke” circa 1930.   Why Gibson decided to emblazon an unknown number of its top-of-the-line Uke-3s with images of a houseplant best known as a Christmas decoration remains a mystery, but poinsettias grow well in the Hawaiian climate, so perhaps the decision is not as strange as it might first seem.  Certainly, the poinsettia iconography makes far more sense than the imagery on an even rarer Gibson “Florentine.” That ukulele model was even more incongruously painted with scenes of Venetian gondolas and canals.  What gondolas had to do with Florence, or either Italian city had to do with an instrument most associated with Hawaii is anyone’s guess today.

Hana knew from collecting vintage guitars with Lee that sometimes a deal is too good to be true.  While outright fakes exist, altered or restored instruments are far more common.  Musicians like to tinker and change out parts in search of a better sound.  Dealers also restore old guitars with vintage parts or newer ones from other makers. In most cases, vintage instruments in good condition with original components are worth more than those with parts cannibalized from elsewhere. 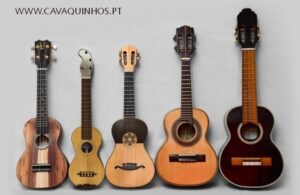 There can be a fine line between an acceptable restoration and an unacceptable alteration.  An object’s type and comparative rarity often influences this.  Even a scientific specimen may have added parts. For example, complete dinosaur fossils are quite unusual, particularly for larger animals.  For that reason, significant portions of larger, rarer dinosaur displays may be made up of resin casts of bones from other dinosaurs of the same species. Much of what you see of a dinosaur skeleton at a museum may in fact be a facsimile or a composite from multiple animals.

Other times, environmental factors common to certain types of artifacts will determine the extent to which they typically must be restored.  Most ancient coins will show the effects of long burial in the ground.  It is commercially acceptable to clean ancient coins with chemicals or even mechanical processes.  However, it is now considered unacceptable to “improve” an ancient coin by using metal implements to strengthen details of its design.

Trouble happens when alterations and restorations are not disclosed to the buyer.  Recently, comedian Jerry Seinfeld settled a lawsuit that alleged he had sold an “inauthentic” 1958 vintage Porsche sports car for $1.5 million.  Seinfeld, an avid classic car collector who currently appears in a popular web-based series called “Comedians in Cars Getting Coffee” has claimed ignorance.  He sued the company he purchased the Porsche from alleging any fault belonged elsewhere, and without admitting guilt, they also settled as part of the deal.  Because of the confidential nature of the settlement, we will not learn the full details.  Presumably, however, any alterations will be disclosed the next time the car appears at public auction. 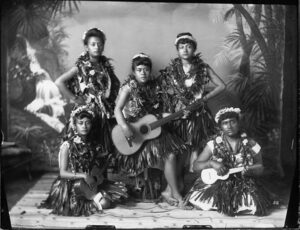 Buyers have the right to expect that sophisticated auction houses and dealers can ascertain whether an item has been over restored or even altered.   On the other hand, there are fewer such assurances for items bought from individuals, found on eBay, at antique malls or flea shops. Yet, this is where some of the best bargains may also be found.

After a few years of getting the feel for how the vintage ukulele market differed from that in vintage guitars, Hana heard from a friend about another collector willing to part with a Gibson Poinsettia Uke.  Hana quickly contacted the seller, and she was able to convince Fred, an even more knowledgeable Uke dealer/collector, to examine the piece.  Fred quickly determined that Uke exhibited all the characteristics of an original.  The instrument was constructed of mahogany with a build quality found in other known specimens.  The top, back, and sides were all carefully painted with poinsettias in the correct pattern and colors.  The Gibson logo on the headstock also looked “right.”  And while the tuning pegs appeared to be replacements from the 1950s, the rest looked original.  Hanna took a breath, wrote out a large check to the collector, and took her new prize home to show Fred.  She planned to restore it only enough to make it playable.  Now, she could hardly wait for her family’s annual “Luau” where she would strum “Somewhere Over the Rainbow” for her family and close friends on what was now the highlight of her ukulele collection.

Next Month: What is it Worth?

On Guitars, Ukuleles and What Determines their Value The Great Israel Kaʻanoʻi Kamakawiwoʻole and His Sweet Ukulele Sounds, Know Your Instrument.

[1] Peter K. Tompa has written extensively about cultural heritage issues, particularly those of interest to the numismatic trade. Peter contributed to Who Owns the Past?” (K. Fitz Gibbon, ed, Rutgers 2005).  He currently serves as executive director of the Global Heritage Alliance.  This article is a public resource for general information and opinion about cultural property issues and is not intended to be a source for legal advice.  Any factual patterns discussed may or may not be inspired by real people and events.

The Careful Collector – Why does a French auction house want to know so much about me?