Yes, there can be successful repatriation, cooperative engagement, and positive partnerships between indigenous communities, museums holding artifacts, and national governments. Today, talk of repatriation too often descends to polemics; when museums are automatically ‘colonialist,’ and artifacts are all deemed ‘stolen’ and ‘looted,’ there is little hope for productive discussion. At such times, it is worth taking another look at a highly successful relationship between Danish and Greenland museums that resulted in a massive transfer of cultural material, and was shaped throughout by positive communications, common values and shared expertise.

Utimut, or ‘return,’ is the multi-year, continuing process followed by Denmark and Greenland together to establish a fair distribution of Greenland art and artifacts between Denmark and its Danish Commonwealth partner. The Utimut Process has grown to encompass partnerships with other nations and a dialog with other national governments and indigenous peoples on building positive cultural policy. This article provides background on the Utimut Process  and links to resources developed through the process that are useful for the study and development of repatriation and cultural property policies around the world. 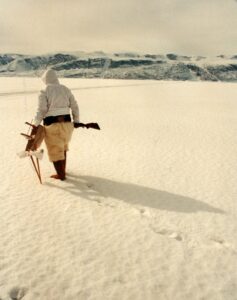 Arctic explorers and researchers from Denmark collected many thousands of artifacts from Greenland between 1721 and 1953, a period in which Danish, Eskimo and Inuit populations in Greenland had neither political independence nor home rule.

As a result, the Danish National Museum (Nationalmuseet) became home to the largest collections in the world of these artifacts, not only from the Viking Age Scandinavian inhabitants of Greenland, but also of ancient Inuit remains and ethnographic materials from the nineteenth century. Colonial period works from Greenland in Western styles were held in mainland Danish museum collections. Archival materials from Greenland explorations and oral records collected from its people were also held exclusively in Denmark.

This situation was unacceptable to Greenlanders who wanted access to their own historical materials for research, study, display and public education. More than half a century after the first requests for returns, Denmark and Greenland began a political and cultural dialog that has been – at least since the 1970s – very positive and productive. The cultural returns program known as the Utimut Process has brought a fair share of Greenland’s cultural materials back to Greenland and established the modern Greenland National Museum and Archives at Nuuk.[1] An initial, largely symbolic return of 204 watercolor paintings to Greenland by the National Museum of Denmark in 1982 was merely the first step in a cooperative process that has resulted in the legal transfer of more than 35,000 artifacts to Greenlanders’ hands since 1984.

Researchers agree that although Denmark still retains the larger number of objects from Greenland, its holdings and those of Greenland are of about equal scope and artistic and scientific interest. Documentation of the entire collections, protocols and cooperative programs for research, and very generous loan policies ensure that public access and scholarship continue unabated.

The research benefits and cooperative example of the Utimut Process has also encouraged returns from international museums holding Greenland objects. Overall, the program can be seen as a model for cooperative repatriation.

Artifacts and Records Held in the Danish National Museum

The Danish National Museum in Copenhagen houses art and artifacts showcasing the cultural history of the world, with special emphasis on the Scandinavian region but also including objects and photographs from Danish expeditions to Inner Mongolia, India, Iraq, Egypt, the Sahara, Indonesia, and Japan. (Denmark’s Moesgaard Museum (MOMU) also houses international collections of archaeological artifacts and an archaeological park with prehistoric ruins and reconstructions.) 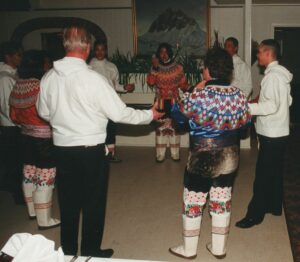 Initial requests from Greenland for the return of materials collected in the National Museum were made as early as 1913 but were denied. Greenland’s second, official  request for the return of cultural property after it was recognized as part of the Danish Commonwealth in 1953, was also refused.

In 1979, Greenland was recognized as an autonomous territory within the Kingdom of Denmark. A home-rule government was established representing all the inhabitants of Greenland, where peoples of Inuit heritage form over eighty percent of the population. Its legislature immediately voted for establishment of a National Museum, but Greenland lacked objects, records, and a proper physical space in which to store them. However, the legislation started a dialog with Denmark’s National Museum that resulted in the ‘Utimut Process.’ Utimut means ‘return’ in Greenlandic.

One reason that the Utimut Process actually worked was that it was organized under committees on which museum and scholarly members, not political appointees, held the majority and kept it from stalling when problems arose.

The key decisions on which the Utimat Process was based were:

“all items should be registered in a database and all items that were repatriated should, if necessary, be cleaned and preserved before they were sent to Greenland. Finally, transferred items and collections were to be accompanied by available contextual information, i.e. copies of archival material from the National Museum.”[3] 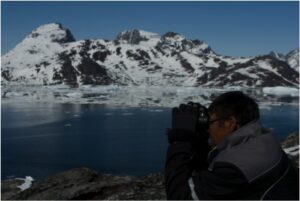 The actual transfer of objects, archives, and information was gradual, dealing with one region or historical period at a time.  Between the inception of the Utimat Process and 2001, approximately 35,000 objects were transferred to Greenland institutions, covering the entire prehistory of Greenland to 1900.

Although around 100,000 archaeological and ethnological items from Greenland remain in Denmark, there has been no dispute that the Greenland collections are complete and entirely representative. Copies of the archival materials associated with the objects are retained by both Denmark and Greenland.

The Utimat Process has also produced significant useful discussion and guidance on repatriation policies for other situations and circumstances around the world.

Utimut, Past Heritage – Future Partnerships –  Discussions on Repatriation in the 21st Century documents an international, cross-disciplinary conference on repatriation in 2007. The Utimut conference was organized by IWGIA (International Work Group for Indigenous Affairs) an organization located in Copenhagen, and the Greenland National Museum and Archives.  The online publication is a veritable global survey of repatriation issues with contributions from  twenty-one international authors. Although many authors are critical of current museum operations and of the perceived ‘ethics’ of the Universal Museum, they also present nuanced, practical, experience-based and expert perspectives. (The publication contrasts strongly with the absolutist, politically-driven approach of the recent Savoy-Sarr report commissioned by the French government.)

Daniel Thorleifsen, who headed the Utimut conference, described his cultural background as “a Greenlandic Inuit and a member of the world community.” He wrote:

Today, I have chosen to believe that this appropriation of artefacts during colonial times in Greenland was done in good faith, obviously with a wish to save a dying Inuit cultural heritage from oblivion. Such appropriation should additionally be of benefit to science in the study of human development and evolution.

That this appropriation actually increased the gradual obliteration of the Inuit culture at the same time is another story that I will not discuss in detail here, because our aim for the conference on repatriation of cultural heritage was not to attempt to reproach former colonial powers. Instead, we wanted to look forward to future collaboration and partnership on such issues…

The primary goal of repatriation should never be the transfer itself but the establishment of a working relationship that can be beneficial to all parties involved, regarding for instance the sharing of knowledge in future research projects, exhibitions, etc. The express recognition that the concerns of various ethnic groups, as well as those of science, are legitimate and to be respected will permit acceptable agreements to be reached and honoured.

The authors of Utimut, Past Heritage – Future Partnerships, explore a variety of alternative structures for repatriation and for sharing of objects and resources. Several articles are concerned with expanding the concept of repatriation to embrace non-tangible benefits such as shared authority over both objects and how they are explained. Another engages with the challenges that repatriation poses to archaeology and other sciences when the source community reburies or destroys the objects being repatriated. The Utimut booklet also covers repatriation situations in practice; useful information that is absent from many cultural property policy discussions. The publication continues to provide information and lessons well learned that may be applied, directly or indirectly, to a wide variety of repatriation issues around the world.

Partnership Agreements Continue to Benefit Institutions in Greenland and Denmark 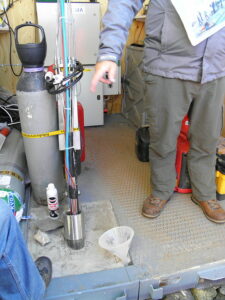 The managing director of the Geological Survey of Denmark Johnny Fredericia is pointing to the borehole GAP 04 which goes up to 700 m depth under the Ice Cap in Greenland. Photo by Marks6611, 17 June 2015, Creative Commons Attribution-Share Alike 4.0 International license.

The Utimut Process continues in the museums of Greenland and Denmark, and has expanded to encompass international collaborators in the work of the Arctic Centre at the Ethnographic Collections (SILA), and the Greenland Research Center at the National Museum of Denmark. This Centre “promotes cultural historical research… curate[s] Arctic collections of the Museum and utilizes the collections’ potential for public outreach.” The Centre also supports archaeological work in Greenland and cross-disciplinary research with universities in Denmark, Greenland, and abroad.

[1] Bjarne Gronnow and Einar Lund Jensen, “Utimut: Repatriation and Collaboration Between Denmark and Greenland,” in Utimut: Past Heritage – Future Partnerships, Discussions on Repatriation in the 21st Century, ed. Mille Gabriel and Jens Dahl (Copenhagen: Work Group for Indigenous Affairs & the Greenland National of Museum and Archives, 2007), 181.