Snow and Ice Archaeology in a Changing World Climate 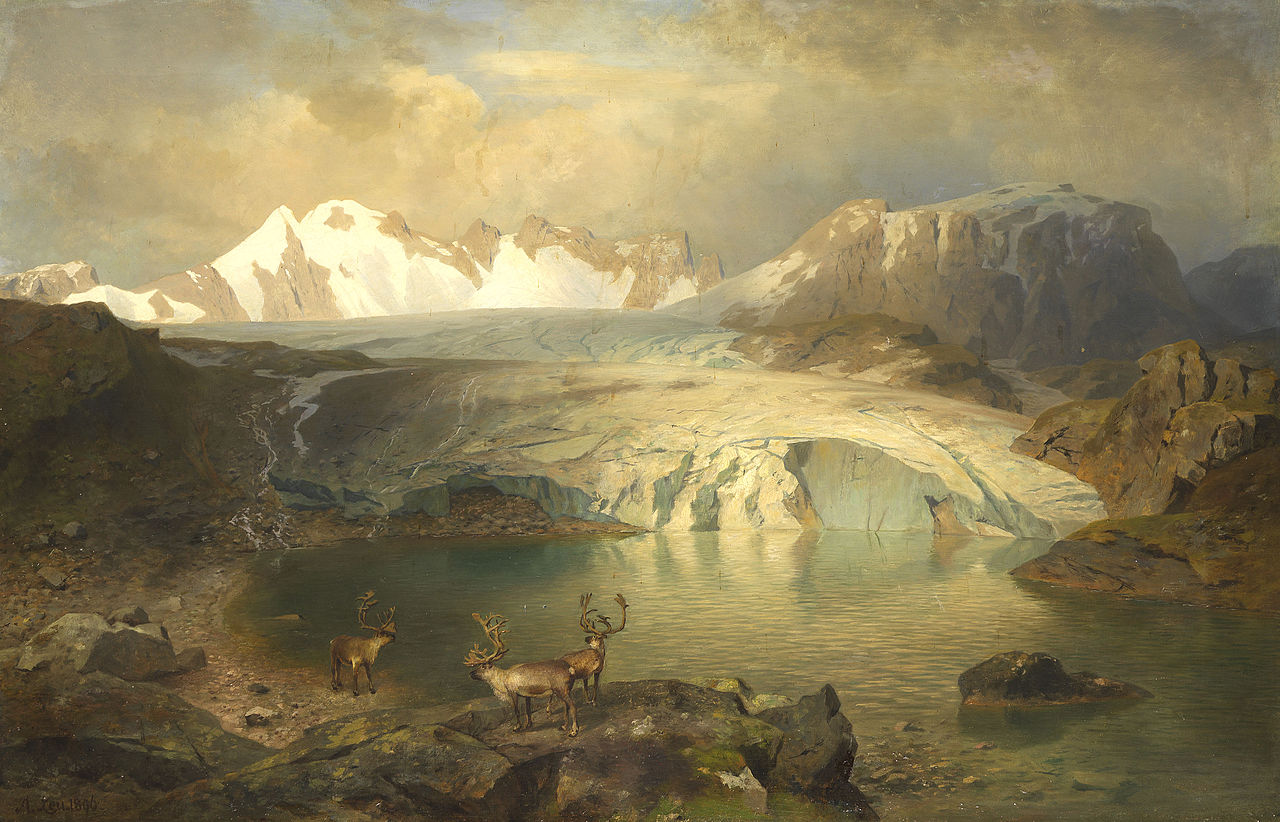 Melting glaciers and thawing permafrost from climate change offer opportunities for researchers, but can also result in the tragic loss of archaeological sites. Since the earliest discoveries of frozen nomad tombs and prehistoric specimens, archaeologists have relied on permafrost to preserve sites for future excavation and study. They can no longer count on this today.

On the other hand, glacier and ice field melt have added spectacular finds to the archeological and historic record that might never have been uncovered had the glaciers remained. At some sites, archeologists have experienced both the thrill of new discoveries and the heartbreak of seeing previously preserved sites turned to melting mush.

What’s the Difference between a Glacier and an Ice-Patch?

Since the late 1900s, glaciers and ice patches have been melting at an accelerating rate around the globe, exposing surface artifacts and human remains that have not seen the light of day, sometimes for thousands of years.

The term “glacier archeology” generally refers to any archeology that involves large fields of ancient ice. The basic difference between glaciers and ice patches is that glaciers move and ice patches are fixed.  Artifacts locked in ice are often crushed and scattered by the movement of the glaciers; artifacts in fixed ice are usually spared this damaging movement.

The time period now being exposed is rich in the quantity and variety of material artifacts. Among the extraordinary recent finds from Norway are a beautifully preserved Bronze Age leather shoe, a bronze sword, a 3300-year-old complete wooden bow and numerous other weapons and hunting tools. Archaeologists have also found a cache of 1500-year-old “scaring sticks”: these are meter-long wooden sticks placed in the ground with an object light enough to move in the wind at the top. They were used to direct reindeer toward waiting hunters, because the deer were fearful of moving objects.

The Glacier Archaeology Program in Oppland, a landlocked county of Norway, notes in Secrets of the Ice that “the present glaciers and ice patches are not remnants of the ice sheet that covered Scandinavia during the last Ice Age. If we go back 6000-8000 years, most of the glaciers in the northern hemisphere were gone. During the so-called Holocene Thermal Optimum [9000-5000 years ago], gradual changes in the Earth’s orbit led to warmer summers than today. Slowly this orbital change should cause lower global mean summer temperatures in the Northern Hemisphere and send the Earth on its way into a new ice age, if it were not for human greenhouse gas emissions.”

Discoveries from the Thaw 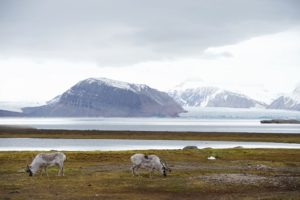 Two reindeer graze against a glacial backdrop on June 16, 2016, at an Arctic research station in Ny-Alesund, Norway, the northernmost civilian settlement in the world. [State Department photo]

1991 brought ice field archaeological finds to public attention with the discovery of an ancient “ice mummy” high in the Ötztal Alps, in Tyrol in southern Austria. “Otzi the ice man”, as he was later called, was a Chalcolithic (Copper Age) man who was so well-preserved by his 5,300 year deep freeze that researchers have even been able to determine the contents of his last meal (ibex meat).

Ice and snow archeology heated up in the late 1990s in North America with scores of finds in the Yukon including a 9,000 year old dart shaft and a 1,400 year old moccasin. The ice patches and glaciers of the North-West Territories, British Columbia, Alaska and the U.S. part of the Rocky Mountains have all produced finds. Among the discoveries was the naturally mummified body of an over 300 year old frozen “ice man,” who was dubbed  “Kwäday Dän Ts’inchi” (Long Ago Person Found) by the Indian tribes still in the region.

Norway became a hotbed of glacier archeology after a “dramatic melting episode” in 2006. Frequent major melts in subsequent years in the higher elevations of Oppland County and Oppdal have revealed over 2000 finds, some more than 3,000 years old. Insight into the hunting habits of people in the Neolithic, Bronze and Iron ages, as well as cloth from the Iron age and Viking age, horseshoes from the Medieval age and random artifacts such as a wooden whisk with a pointed end have been found as the ice has melted.

Accelerating ice patch and glacier melt has also given researchers new information about relatively modern events such as the losses in a World War I battle called the  “White War”, that took place high in the Italian Alps and left soldiers buried in ice and snow.

While their colleagues are racing to find objects revealed by ice melt before they deteriorate in the open air, other archeologist are trying to find ways to preserve what they’ve always relied on permafrost to protect.

Deep cold conditions like those that exist at high elevations and in the northern and southernmost regions of the world are perfect for preserving the remains of human life.  When the permafrost melts, however, those remains rapidly deteriorate.

Some of the most significant sites preserved in permafrost include the elaborate 2,500 year-old Scythian tombs in the Altai Mountain range that extends through Kazakhstan, China, the Russian Federation, and Mongolia. The most elaborate of these were found by early Soviet researcher M. P. Gryaznov in 1929 and Sergei Ivanovich Rudenko in 1947-1949. Much of what we know about this ancient nomadic equestrian culture of the Eurasian steppes has been gleaned from the frozen mummies, sacrificed horses, textiles and objects found in their elaborate burials, which today are in the collections of the Hermitage in St. Petersburg. Researchers are in a race against time to preserve and learn all they can before other Scythian sites in the Altai disintegrate in the melting permafrost.

Sites in Greenland that would contribute to our knowledge of the disappearance of the Norse culture, and other areas of the arctic that have not yet been excavated, are also under threat from a thawing world.  Historian Poul Holm of Trinity College in Dublin told Science Magazine that the thaws will result in the loss of organic artifacts that could unravel the great mystery of the Viking disappearance in Greenland. “It’s horrifying,” Holm said, “Just at the time we can do something with all this data, it is disappearing under our feet.”

The effects of climate change in Alaska – coastal erosion from rising seas and reduced amounts of sea ice, glacier and ice patch melt, and permafrost thaw – are producing a host of changing archeological conditions. At the Walakpa Bay archeological site, valuable remains are revealed by one storm – but then washed away in the next. On numerous occasions, structures and artifacts have come to light by coastal erosion from one storm, only to disappear in the next. In the case of the so-called “Uncle Foot” located at an archeological site near Utqiagvik, a storm in the mid-1980s revealed a mukluk and the leg it was attached to, but a subsequent storm washed the burial to sea before archeologists had a chance to excavate it.

As in other places affected by less than permanent permafrost, archeologists in Alaska are also in a race against time to research the historic record before it melts away. According to Anne Jensen, an archeologist who has worked for over 20 years in Utqiagvik and the surrounding areas, Arctic archeologists compare the “decomposition and disappearance of some of the world’s best-preserved sites” to the burning of the Library of Alexandria, feeling that the loss of information is equally significant. “It’s like the library is on fire.” Jensen says.