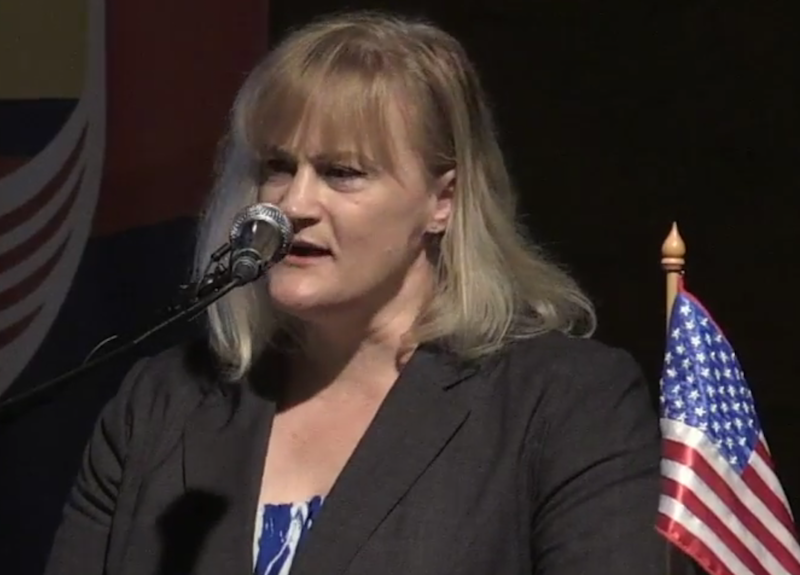 On October 10, 2018, representatives of the FBI and U.S. State Department returned 38 ancient artifacts to Colombian officials in Washington, DC. Colombian Ambassador Francisco Santos characterized the objects as “plundered over decades by a modern-day Indiana Jones.” Jennifer Galt, a Deputy Assistant Secretary at the U.S. Department of State’s Bureau of Educational and Cultural Affairs, implied that the artifacts had been smuggled, describing the objects as stolen cultural patrimony “so small that they were easy to hide in luggage.” Unsurprisingly, the actual circumstances of the seizure were not discussed. 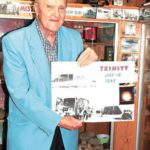 In fact, the collector, Donald Miller and his wife were missionaries, supporting charitable activities and building churches in Colombia and Haiti. Miller had served in WW2 and was stationed in New Mexico during the Manhattan atomic bomb project. He worked at the Naval Avionics Center in Indianapolis in the 1970s and 1980s until his retirement. Miller was an amateur archeologist who made frequent trips overseas to participate in excavations.

Mr. Miller was 91 years old in 2014, when about 100 heavily armed federal agents surrounded his Rush County, Indiana home and seized much of his collection. Agents told him that his artifacts were suspected as “stolen” and that it might take a dozen years or more to catalog them and determine what was lawfully owned and what was not. The thousands of objects ranged from WW2 memorabilia to tools and artifacts from tribal communities of the Americas – to a Chinese warrior figure on the front porch. They were not objects of substantial value, but were carefully curated to create a homemade, old-fashioned local museum. (Miller had offered his collection in 2014 as a donation to the Grover Museum in Shelbyville, Indiana, where a sampling of his collection was later exhibited, but they had turned down the gift.)

The Millers had collected objects from some 200 countries over eight decades, including pieces from Peru, Haiti, New Guinea, Australia, and China. They also collected Native American items from the US, which are legal to own if collected from private land. However, the collection also held numerous human skulls and other remains, which may have triggered a report that resulted in the raid. Miller was said to have attended Indian shows in the area for many years, and such remains, if collected from private land, were collected and sold before passage of the Native American Graves Protection and Repatriation Act in 1990. Tribal officials from Oklahoma and other locales said they had been contacted and were working with the FBI to return these remains to tribes.

However, Miller’s home was not, as claimed, a secret trove of stolen or smuggled international artifacts. The Millers were passionate collectors and had purchased many objects as curiosities in the U.S. as well as bringing back beads, bowls and other common finds from around the world during their missionary tours and personal travels. Nor was it ever hidden. Mr. Miller was garrulous and proud of his collection: he regularly gave personal tours to local schoolchildren and Scout troops who came on field trips, and to anyone else who asked. A tunnel connecting the buildings that housed the collection featured a 60 foot anaconda; the Native American collection included canoes, beads and baskets, and the arrowheads Miller had collected since he was a boy on an Indiana farm. 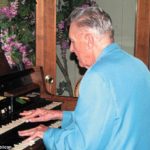 Miller had a pipe organ upstairs that he played for visitors. Photo Rushville Republican.

Investigators told the press that Miller had been working on the collection his whole life and, “may or may not have acquired them properly.” They also said that when the 100 agents arrived, Mr. Miller invited them in. There is no indication that the the FBI ever considered simply asking Mr. Miller to return the human remains to the tribes, given his earlier offer to donate them to a museum. No charges were ever filed against Mr. Miller, who denied doing anything illegal up until his death in 2015, a year after the FBI seized his collection. Neighbors and friends said he had dropped out of public life after the raid.

Community residents were upset at the time of the raid, asking why the FBI would send a hundred agents to the home of an elderly resident who was proud of and never hid his collection. “He’s just an ordinary guy. He just loves collecting things. His house looks like something you’ve never been in. It’s just beautiful,” said local Pat Montgomery. Neighbor Andi Essex asked, “Why? Leave him alone! He’s done so much for people.”

World travelers and collectors long before patrimony laws were common 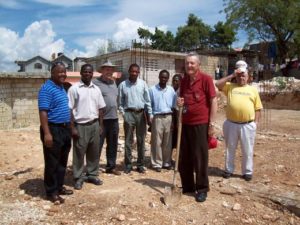 Even after the raid, FBI spokesmen did not allege that any law has been violated, but stated that they were carefully assessing the objects to determine if they were unlawfully possessed. In 2014, retired FBI agent Virginia Curry called the raid, “an embarrassing and unnecessary show of force by the FBI.” In her April 4, 2014 response to Catherine Sezgin of the ARCA blog, Curry also noted:

“One might argue that Donald Miller’s collection, in a rural area of Indiana satisfies the federal definition of a museum. While the affidavit in support of the search warrant on this 91-year-old man’s home is not yet available on the Internet for review, it appears that there is no evidence that Mr. Miller is a physical threat or would cause harm to the artifacts he has so carefully maintained and displayed to his neighbors on request (on request, by the way, is as regular a schedule as one might ask for in such a rural Indiana community)… I suspect that Mr. Miller might have been persuaded before this event to work with the FBI, or any other agency, and the same expertise the FBI will now have to employ to evaluate, inventory and collect this material in anticipation of an eventual legacy donation to another facility.”

Dr. Kathleen Whitaker, former director, Indian Arts Research Center, School for Advanced Research in Santa Fe, said in response to the raid, “I personally find this descent on, and intrusion into a private home a bit disconcerting… the number of agents that descended on the site seems outrageously overdrawn. What did they expect from this 91-year-old man? Cannons and Uzis? ”

In statements to the press at the time of the raid, FBI spokesmen said that the goal of the seizures was to repatriate objects to source countries but did not provide any legal justification for seizure of the foreign objects. Laws in source countries, often unenforced, can potentially create legal liability for collectors in the U.S., but most countries, including Colombia, did not pass laws claiming artifacts as state-owned patrimony until the 1990s. Without knowing the date of import, there is no way of knowing if objects were imported in violation of U.S. law. Artifacts collected before passage of such laws were generally sold openly and were legal to bring into the U.S. 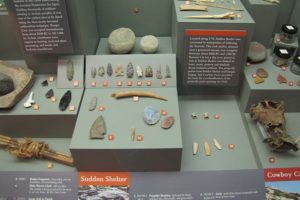 The Grover Museum in nearby Shelbyville exhibited part of the Miller collection starting in July 2014. The exhibition was planned before the FBI raid.