Home > Analysis > EU Regulations Use Sledgehammer to Crack a Nut

EU Regulations Use Sledgehammer to Crack a Nut 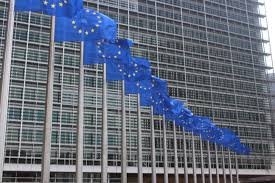 In past years, the EU has issued regulations on cultural items traveling internally within EU markets. A 1993 EU Directive ensured return and enabled compensation in appropriate circumstances. Directive 2014/60/EU provided for the physical return of cultural objects that had been unlawfully removed from EU countries’ territory. Reasonable limits were set on claims, and due diligence was required from purchasers.

Now, however, EU commissioners have proposed import and export restrictions applying to global trade, and requiring either (1) documentation that is impossible to provide for the vast majority of the items and countries covered, or (2) requiring an importer to swear in an affidavit that an item was legally exported, when the importer may have no way to know if that is true or not, since most cultural items have been in circulation for decades among multiple owners.

Although the stated goal of the regulations is to end trade in illicit Middle Eastern artifacts that are financing terrorism, it should be noted that the EU already prohibits the import of cultural artifacts from Iraq and Syria, making this purpose redundant. Further, there is no evidence whatsoever that European art dealers have any connection to terrorists.

In fact, a massive, 18-country investigation called Operation Pandora, designed specifically to find Middle Eastern artifacts from war zones in Europe markets, turned up nothing after more than 40,000 searches. There is so little evidence for trade in war zone antiquities that the EU press release on the new rules is unable to identify any EU sales, but instead cites an in-transit shipment from Lebanon to Thailand that was impounded in Paris several years ago as evidence of the existence of illicit EU trade.

Here’s a summary of the proposed rules:

The problem with requiring art dealers or collectors to provide documentation to meet the new rules is not that items are looted, it is that antique and ancient objects in circulation for decades have never before required documentation – so none exists. Almost no ancient objects have any permit or evidence showing when they were exported from source countries. Pre-war antiquities circulated without any such forms, and while many art and antique and ethnography-source countries adopted laws Post-war forbidding export of all these without government permission, almost no countries ever created legal permitting regimes, simply closing their eyes to exports. Europe is full of art from the surrounding Mediterranean world, from China, and from many African nations – and virtually none of it has export documentation.

The primary justification for the new regulations – that there is a €2.5 – €5 billion yearly trade in illicit antiquities – has been completely debunked, yet continues to be repeated not only in the sensation seeking press, but also by EU officials.

Pierre Moscovici, the EU’s commissioner of Economic and Financial Affairs, Taxation and Customs, displayed a surprising ignorance of the facts on antiquities trafficking, telling the Financial Times that there was a multi-billion euro illicit trade. Moscovici told the FT: “The money earned goes directly to the financing of [Isis] in Iraq and Syria but also towards attacks on European soil.”

Such statements are completely contradicted by reports such as the report commissioned by the Dutch National Police, Central Investigation Unit, War Crimes Unit: Cultural Property, War Crimes and Islamic State – Destruction, plunder and trafficking of cultural property and heritage by Islamic State in Syria and Iraq – a war crimes perspective:

From the report’s Executive Summary – “These claims are largely not supported by available government reports. (International and National) Customs Authorities have not reported growing influxes of illegal cultural property over their borders. Law enforcement agencies have not reported growing arrests of criminal art dealers or seizures of illegal cultural property from Syria and Iraq. Policy papers and studies do not present evidence that the illegal (online) art market flourishes and is overwhelmed with Syrian or Iraqi artefacts. Most museums have been evacuated and collections were hidden in secret storages, to prevent destruction and plunder. Media reports are rarely based on primary sources but rather copy each other’s headlines, leading to over exaggeration and unfounded estimates of IS revenues. Despite the lack of evidence for a large-scale illegal trade network benefiting IS, governments stress the importance of fighting this assumed vital source of income for IS.”

This 2016 report is even more relevant today, as ISIS’ territory continues to shrink, and ISIS operatives have fewer opportunities to demand fees or taxes from civilians under their control – the only actual documented source for ISIS revenues connected to looting.

As the Cultural Property, War Crimes and Islamic State report frankly states: this is not an ISIS issue, or even a terrorist issue, this is politicians pursuing a political strategy. And as it states, in the Executive Summary, “using a sledgehammer to crack a nut is not the most effective and efficient way to go forward.” (pg 7)

See: Security Union: Cracking down on the illegal import of cultural goods used to finance terrorism, 13/07/2017