Is the Antiquities and Art Treasures Regulation, Export and Import Control Bill, 2017, a Cure? 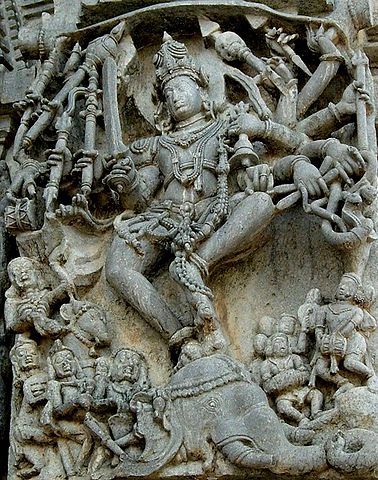 India’s antiquities laws are widely regarded – in India – as failing to serve the nation’s most basic requirements for administering cultural heritage. Current laws are mired in a veritable swamp of bureaucracy. There are thousands of Indian communities with important sites that are left unprotected. Communication between the central administration, government archaeologists, customs, police, and local officials is abysmally lacking – at times nonexistent. (There are plenty of reports detailing these problems and suggesting remedies. For example, CAG report (Report No 18 of 2013) –  Performance Audit of Preservation and Conservation of Monuments and Antiquities (See Note 1 below for a shocking list of problems), and the response to it, the 39th Report, Public Accounts Committee (2015-16), Ministry of Culture, Protection and Conservation of Monuments and Antiquities.)

Frustrated by incompetent bureaucrats, driven to despair by poor organization, inadequate records, and lack of government interest, many Indian academics acknowledge privately that it is a miracle that anything happens at all. 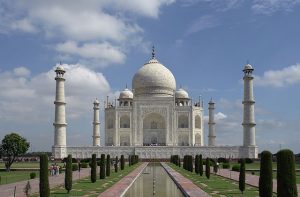 There have been many attempts to renew and invigorate India’s cultural heritage system. Updating the laws is crucial; for example, the policies and guidelines for site museums, which is still in use, dates to 1915. (See Note 2 below for a list of Indian heritage laws.) As India has emerged as a world economic power in technology and other fields, and its highly-educated upper classes establish themselves as major art collectors, patrons, and entrepreneurs, there is more and more talk about amending India’s cultural heritage law to better serve contemporary Indian society. A draft law, The Antiquities and Art Treasures Regulation, Export and Import Control Bill, 2017, is now at the stage where comments are being solicited. (Email comments to dirant.asi@gmail.com)

Internationally-known academics such as Naman Ahuja have argued the necessity of revamping cultural education to create modern archaeological and museum studies programs, and of involving Indian economic leaders in philanthropy, museum building, and furthering public access to art and art history. There have already been some public-private partnerships in administering historic sites. The desire to take at least part of the administration of cultural heritage out of the moribund bureaucracy of the Archaeological Services of India has given impetus to the demand for new laws, but it remains to be seen whether government is willing to welcome the private sector in, and to share responsibility for heritage within a broader, official framework.

“One of the reasons for smuggling is that antiquity prices are very depressed in India. One of the reasons for depressed prices is that under the law you have to register and take permission. Every one year, the last 100 years become antiquity. [sic] So, it is very difficult for people though modern art sells at a very high cost in India. We are re-drafting the Act. One of the objectives is to make trade in antiquities within the country free. Otherwise, even if a person wants to buy and donate to a museum a lot of issues are there.”

A controversial element of the law is to eliminate the requirement that all antiquities dealers in India operate under a government-issued license. Instead, anyone will be free to sell antiquities, but all antiquities sold must be described in detail in the dealer’s inventory, which must be uploaded in advance to a government portal.

Many academics acknowledge that encouraging the evolution of domestic Indian museums will require amending the rules governing importation of antiquities. There are very important collections of ancient and historic art of India, owned either by wealthy Indian nationals who maintain homes and their collections abroad, or by persons of Indian heritage who maintain business, family and cultural contacts in India. These major collections of Indian art, primarily collected during the colonial period by British, Portuguese, and others, and now held outside of the country, cannot be re-imported back into India without being seized or having enormous customs duties imposed upon them. Such well-curated collections could be immeasurably informative and educational for the Indian public if displayed in a contemporary museum context. While it is not clear how successfully the new law would work to bring such collections home, it may be a first step in encouraging voluntary repatriation. 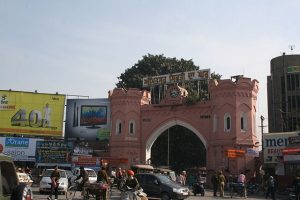 While many believe that encouraging India’s major art collectors could have a huge and positive impact on its cultural institutions, others see this as coddling collectors, turning a blind eye to looting, and (perhaps tellingly) abandoning traditional anti-capitalist perspectives. No one, however, says that all is currently well with Indian cultural heritage laws and administration.

While it contains many elements of past antiquities laws, the draft law includes some noteworthy changes. The law defines the term “Antiquity” as any object over 100 years old. It has a separate category, “Art Treasure” defined as “any human work or expression of art or any art object, whether an antiquity or not, declared by the Central Government by notification, to be an art treasure for the purposes of this Act having reference to its artistic or aesthetic value.”

Badly worn objects (works with nothing to add to the understanding of history or culture) may be “written off” the lists by government officials tasked to classify antiquities.

Multiple expert advisory committees will be created by government, which will decide if an item is an Antiquity or an Art Treasure. The committees will refer questions about classification to the Archaeological Services of India.

The central government can compulsorily acquire Antiquities or Art Treasures and take possession of them, including by force. Objections to such takings are allowed within 30 days. Compensation shall be paid for seized objects or monuments; the compensation will be determined by agreement by a judge of the High Court, a person nominated by government having expert knowledge, or by an arbitrator having the power of a civil court. 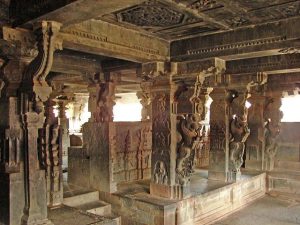 Under the draft law, importation of antiquities will require prior upload of a details of the imported objects to a Web portal and prior approval of the import. A Deputy Superintending Archaeologist appointed by government will assist the proper officer in clearing any imported or exported article. The Indian Government may relax import duties under certain unspecified conditions. Imported items must have been lawfully acquired. Objects shall be confiscated except where, after application to the government, the government waives confiscation.

Note 1: The excerpts below are from an article published in Dilip K. Chakrabarti, Nation First, Essays in the Politics of Ancient Indian Studies, Delhi 2014: Aryan Books, The Comptroller and Auditor General’s (CAG) ‘Performance Audit’ of the Archaeological Survey of India, under Highlights of the Report.

Note 2: Ancient art collecting in by Indian nationals in India is discouraged by current laws which, as noted above, require the possessor to record ownership and transfer to the ASI. The current legal framework is based on the Indian Treasure Trove Act of 1878; The Ancient Monuments Preservation Act of 1904; The Ancient and Historical Monuments and Archaeological Sites and Remains (Declaration of National Importance) Act of 1951; The Ancient Monuments and Archaeological Sites and Remains (AMASR) Act, 28 August 1958, and AMASR Rules 1959. The Antiquities and Art Treasures (AAT) Act of 1972, of September 1972 covers movable cultural property, and its Rules 1973, effective April 1976.