The Fate of Indian Artifacts 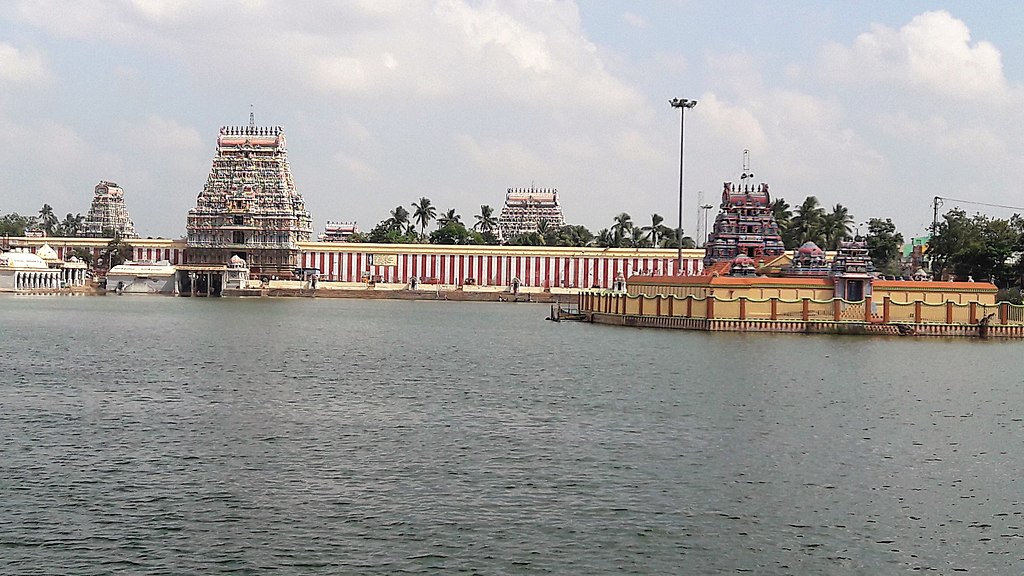 On June 7, 2016, U.S. Attorney General Loretta Lynch presented more than 200 Indian art “treasures,” said to be worth many millions of dollars, to Indian Prime Minister Narendra Modi at a Washington DC ceremony.[1] The “treasures” were seized and deaccessioned objects resulting from a nearly decade-long investigation, “Operation Hidden Idol,” into the activities of Indian art dealer Subhash Kapoor.

Photographs of the returns ceremony did include one very valuable statue, a Manikkavichavakar worth about U.S. $1,000,000. According to officials, the Manikkavichavakar was voluntarily returned from a US private collection.[2] Other returned objects were far less valuable, or even not authentic. As one Indian official later told a journalist, “We brought back what was genuine, and left the rest there.”[3] 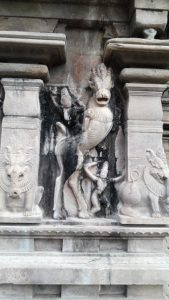 Other nations have also returned objects to India in recent years. Two Chola bronzes purchased by the National Gallery of Australia from Kapoor were personally delivered by Australian Prime Minister to Indian Prime Minister Modhi in September 2014.[4] The statues from Australia, a Sripuranthan Nataraja and the Vriddhachalam Ardhnari, were not returned through any action by the Indian government,[5] but instead as a result of lobbying by a private team of repatriation enthusiasts called the India Pride Project.[6]

Important questions regarding repatriation remain unanswered, however. What happens to repatriated objects on their return to India? What is being done to protect the religious icons still in India?

Investigators and prosecutors involved in smuggling and foreign repatriation cases have often spoken of the importance of returning sacred objects to the villages and temples from which they were stolen. The return of objects from wealthy collections to poor villages is seen as a form of moral accountability. In a 2014 ESPN video on the investigation of Subash Kapoor, Homeland Security Investigations’ (HSI) Special Agent Brent Easter, “a self-described Indiana Jones, investigating crimes involving cultural property, art and antiquities”[7] travels to a looted temple site in Tamil Nadu. In the video, his voice-over describes the gratitude expressed by the villagers whose artifacts were stolen: “If we get them back, we will protect them like our eyes. They are the prize possession of our village and we want to show them to our children and grandchildren.”[8]

No matter how heartfelt and compelling the desire of Indian villagers to have their gods back, objects returned to India are likely to meet a different fate. According to Indian media, no object repatriated to India has ever been returned to the original temple where it was housed – or even to an Indian museum.[9] (One image of a repatriated sculpture from Australia does appear on the website of Delhi’s National Museum.) Instead, these and many more sculptures from temples without security rest in police warehouses or godowns, or have been gathered together in official ‘Icon Preservation Centres’ under the supervision of the Hindu Religious and Charitable Endowments Department of the Tamil Nadu Government.

Documentation and registration is absent in India 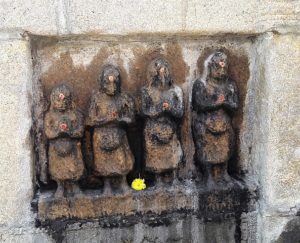 Although responsibility for documentation of archaeological and historical materials originally rested in the Archaeological Survey of India (ASI), a central government agency under India’s Ministry of Culture, the ASI is tasked to manage fewer than four thousand of the hundreds of thousands of small temples and monuments across India, nor has it dealt with the ancient and antique sculptures that adorn them.

After a brilliant start in archaeological excavation and research in the 19th and early 20th century, the ASI’s administration and management of sites and documentation systems for artifacts has long been moribund; it has not been updated since independence in 1947.[10]

In the absence of a central bureaucratic entity to manage temples and their icons, other, state-based organizations have taken over the management of temples and objects considered at risk. The largest is the Hindu Religious and Charitable Endowments (HR &CE) Department of the government of Tamil Nadu state. Tamil Nadu, in southern India, is considered both one of the richest in ancient religious monuments, and a center for theft and smuggling activities involving religious icons.

State agencies running temples and monuments: “disinterest to the point of apathy”[11] 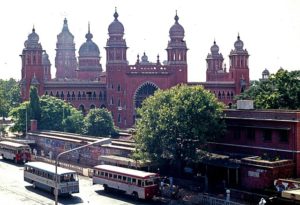 In 2017, HR&CE was tasked with running 38,481 temples and endowments in Tamil Nadu state. However, Indian media has reported that having a secular state run religious institutions is not only “ironic,” it is productive of corruption and “wayward behavior by officialdom.”[12]  Court cases were filed in 2017 alleging that Hindu idols were removed from temples and that in one case, false documentation by HR&CE covered up the fact that six ancient idols were not kept in an Icon Centre but in an “unauthorised tunnel and also in a scrap room belonging to the Public Works Department.”[13] Under HR&CE administration, there are few records of which works still exist in Indian temples and which are stored in racks of shelves in the Icon Preservation Centres.

Another 2017 case filed by a public interest litigant alleged that a high-ranking police officer who was part of the Tamil Nadu police Idol Wing, specializing in cultural heritage crimes, sold ancient sculptures seized in an investigation to “a noted smuggler in Chennai.” Despite a FIR (a complaint lodged with police) being filed against the officer and his police accomplices, they were not prosecuted, but all were promoted instead.

In his ruling in this second case, Madras High Court Justice R. Mahadevan was extremely critical of HR&CE:

“It is startling to find that the HR&CE department, with all its income from major temples, has not been able to maintain historical temples and safeguard the idols … many temples constructed at least 1,500 years ago or much before … are in ruins. Even the daily rituals are not performed. Some temples remain closed throughout the day with no one to even lighten (sic) the lamps … this has also come to the advantage of the miscreants, who have laid their hands on the idols.”[14]

The Madras High Court ordered that:

(xv) The stock of Idols maintained in the manual books in the State, must be computerised within a period of four weeks, if not already computerised.

(xvi) Similarly, a list of stock of Idols in the temples must be computerized and the same must be reported to this court.

(xvii) All temples in the State must have a strong room, where the Idols are kept and appropriate security arrangement including 24×7 video surveillance with alarm, must be made in consultation with the team appointed by this court.

(xviii) The existing ICON Centres must be put under 24×7 video surveillance with alarm, to avoid theft and to keep track of the Idols taken for daily poojas and festivals.

(xix) The Commissioner of Archaeological department, Chennai must periodically depute a team of officials to verify the Idols at the ICON Centres and in temples to identify any replacement and theft.[15]

Another 2018 investigation into missing icons focused primarily on objects removed from the centers since 2013. However, Inspector General of Police, Idol Wing, A.G. Pon Manickavel told The Hindu that, “We are looking for a 1955 register that could hold the key to the exact number of icons stolen. Vested interests are dodging the moves to retrieve the register.”[16] 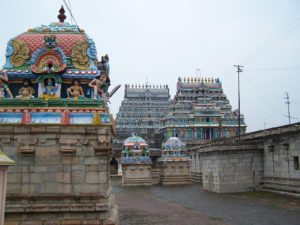 On July 26, 2017, the Hindu Religious and Charitable Endowments Department of the government of Tamil Nadu announced the completion of Idol Preservation Centres at Perambalur and Ariyalur. The buildings have been completed, but so far they have no controls for temperature or humidity. The failure to complete these and other proposed storage centers is a disaster for India’s ancient bronze sculptures; without proper storage, virtually all such stored sculptures risk destruction from an enemy far more dangerous than any thief.

Many ancient sculptures from temples in the region are now stored at the Icon Preservation Centre at Tiruvarur, which is said to hold 4,359 ‘idols.’[17] After concerns about conservation were raised in 2018, along with reports that a number of idols stored there were not ancient, but modern replicas, a court appointed a team from the Archaeological Survey of India to examine the vaults, the first such audit ever undertaken. Some fakes were detected, showing that the original sculptures had been stolen, either from temples far earlier or even from the icon centers themselves.

What was far worse, the examiners found that a significant percentage of the idols stored were suffering from a highly corrosive process known as ‘bronze disease.’[18] If unchecked by chemical treatment, and unless treated objects remain continually stored in a very dry environment, the corrosive effects of bronze disease can reduce an entire object to dust. The ‘disease’ can easily spread when bronzes are handled or they touch one another, as many stacked in the Icon Centres do.

The ASI reports indicated that thousands of ‘idols’ in icon centers already bore evidence of bronze disease. The ASI team also stated that the idols were badly maintained, that air conditioning systems in the storage areas were not working at all, and that although Hindu Religious and Charitable Endowments Department officials had been ordered to be present for the inspection, they did not appear. A court case has recently been registered at the Madras High Court to seek return of idols from the icon centers back to temples. Justices R. Mahadevan and P.D. Audikesavalu responded to reports of ‘bronze cancer’ at icon centers, stating that they would not hesitate to close all icon centers rather than leave them to rot.[19]

The objects warehoused in such ‘safety vaults’ in India include the Shiva Nataraja [20] returned by the Norton Simon Foundation to India decades ago, apparently now stored in the icon vault of Kabaleeswarar Temple, Mylapore, Chennai.[21]

What is the reported ‘bronze cancer’ or ‘bronze disease’? 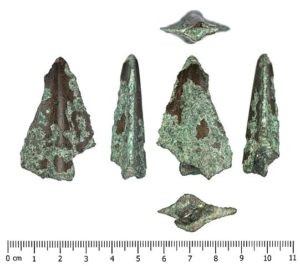 Bronze disease is not an actual disease, of course. It is the term used for a series of chemical reactions that can result in a devastating, irreversible form of corrosion that affects bronze and other copper-alloy artifacts. Bronze disease appears as either a powdery or warty green pitted encrustation. While it may resemble a patina, it differs because it is highly destructive. Physical contact with an object with bronze disease can transfer the disease to another object.
Corrosive bronze disease takes place in the presence of moisture, chlorides, and oxygen. Removing one of these elements will halt the corrosive process, but it can restart when they are again present. Cuprous chloride in copper alloys reacts with water to create hydrochloric acid which pits the bronze object, and reacts with the copper content to create a soft, powdery, often virulently-green-colored surface. If left untreated, or if stored in a humid environment, bronze disease will destroy the object. A treatment with benzotriazole, a carcinogenic, may be able to stem the chemical reaction that causes the bronze disease. Without constant, scrupulous care of objects in a very low humidity environment (less than 39%) the bronze disease will recur.[22]  There is nowhere in India where the natural average humidity is low enough to prevent bronze disease once the process has begun; the average daily humidity in Chennai, in Tamil Nadu, is 70%.

State-run religious temples and foundations have been criticized not only for laxity and disregard of safety measures in managing the idol centers, but also for abusing the public’s trust by wasting or misappropriating other temple assets. Temple farmlands, real estate donated to temples by devotees, and massive temple complexes that receive daily donations from pilgrims and local supporters are not accounting for the revenue accrued. In the five southern states of India, over 100,000 temples are operated either directly or indirectly by state agencies.[23] As Indian courts have noted, when there is rampant negligence, the spectacle of a secular government running religious institutions into the ground is not just ironic, but criminal.

[10] Ministry of Culture, Report of the Comptroller and Auditor General of India on Performance Audit of Preservation and Conservation of Monuments and Antiquities (Report No, 18 of 2013), https://cag.gov.in/sites/default/files/audit_report_files/Union_Performance_Ministry_Cultures_Monuments_Antiquities_18_2013.pdf.

[20] The Case of the Dancing Nataraja, or Is Norton Simon Out his $1 Million?, https://people.com/archive/the-case-of-the-dancing-nataraja-or-is-norton-simon-out-his-1-million-vol-3-no-4/