Naman Ahuja on the People’s Museum 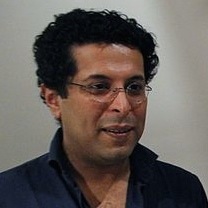 A penetrating article by art historian, curator, and archeologist Naman Ahuja in the Indian Express examines how economic development and development-based government policies not only neglect cultural heritage but actively discourage the study and understanding of Indian cultural identity. Ahuja identifies three primary areas of concern: creating a public role for museums, integrating urban development and archaeology, and changing Indian heritage laws that were once relevant but are now counterproductive.

“The absence of any reported antiquities during the construction of the Delhi Metro is a prime example of such silencing and apathy. Whereas all other major historic cities like Paris, Rome and London have used the opportunity of their Metro development to create museums filled with pottery, coins and artefacts found during the excavation, we have been led to believe that, in Delhi, nothing was found while digging in Mehrauli in the shadow of the Qutub Minar, in Tughlaqabad, and under Chandni Chowk in Shahjahanabad. Even if all the antiquities coming out of the country were to be reported, where would they go and who would take care of them?…Where will all the people seeking to inform their children of their identities and pasts go? To a museum? Not in India.”

In part, Ahuja sources the failure of Indian museums in the dominance of a pure archaeological perspective in Indian heritage law and its failure to include “litterateurs and scientists, artists and art historians, historians and anthropologists” in making policy. He urges replacement of the Antiquities and Treasure Act, 1972. Indian policy, he says, is focused on stemming illicit export of heritage while completely ignoring what happens to art and artifacts inside India.

“The law governing the regulation of sale, purchase, ownership and all related matters concerning material objects of history, though relevant once, has become so notoriously cumbersome and difficult to follow for bona fide collectors, institutional or individual, that it simply attracts violation. It acts as a disincentive for Indians to build collections of antiquities.”

He notes that in China, government encouragement of art collecting has not only resulted in the building of major private collections, drawing antiquities to China from worldwide sources, but also that China has opened over 100 departments of art history in its universities, readying a professional class for future museum and cultural development. He says, “The safe collection of things is dependent on a legitimate domestic market, of course, but that, too, needs a knowledge base that will allow proper assessment, protection and preservation of heritage.”

Well worth reading at http://indianexpress.com/article/opinion/columns/the-peoples-museum-antiquities-and-art-treasures-act-bamiyan-buddhas-afghanistan-palmyra-tunisia/ 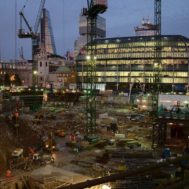 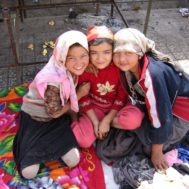 Nations Meet in Alternative Universe in Which They Support Cultural Tolerance