Home > Museums & Discoveries > Museums Can Help to Save the World

Museums Can Help to Save the World 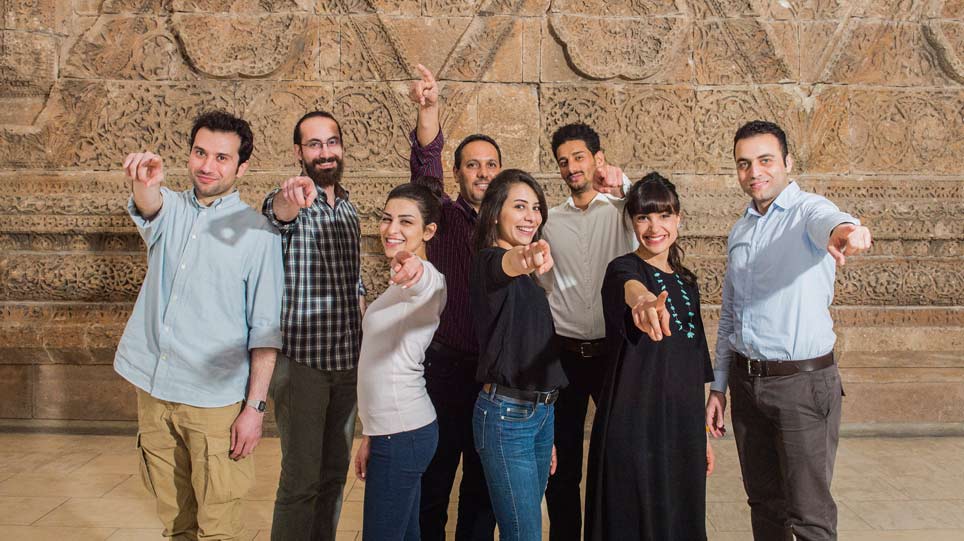 “How Museums Can Help to Save the World” is an inspiring interview by Gesine Bahr-Reisinger with Stefan Weber, Director of Berlin’s Museum für Islamische Kunst, for the Stiftung Preussischer Kulturbesitz (Prussian Cultural Heritage Foundation).

A  substantial grant from the Andrew W. Mellon Foundation is a fresh reason to celebrate the remarkable work of Berlin’s Museum für Islamische Kunst (Museum of Islamic Art), which has spearheaded multiple projects that bring ethnic Germans, immigrants, and refugees together in an intercultural dialog. Like other international museums, the Museum für Islamische Kunst has inaugurated programs to document monuments in devastated regions of Syria and Iraq, and to train cultural heritage workers from the Middle East. But together with other institutions in Berlin, it has also reached out to the local refugee community to hire and train Syrian and Iraqi museum guides who can speak about the collections with visitor groups in their own language and make the museum experience truly participatory.

Museum staff visit schools and mosques to encourage people to come to the museums to learn about German history and culture and to see how their own histories are honored and connected to European history through the trade in ideas and objects. Although the apprentice tour guide program began as a way to draw teenagers and young people from the refugee community into the museums, the program grew naturally to include events that bring together longtime German residents and refugees of all ages; they have included art and glassblowing classes and opportunities to share and discuss the museum experience. The German government has become very supportive and visitors from the Vatican museum and other institutions have come to witness the integration of art history and social action. 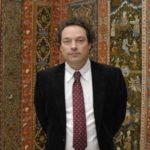 Stefan Weber brings his own experience as a scholar working in the Islamic world to make the Museum für Islamische Kunst a vehicle for social development. “The claim that Islam has no place in Germany is irrelevant to us, because the museum itself is a statement that Islam, as far as cultural history is concerned, has always been part of our reality.”

Director Weber said that the museum’s work in the Berlin community began with the museum’s institutional responsibility to create an intercultural dialog that would foster self-respect in the refugee community and at the same time work to counteract local views of Islam that were based on “various fears … and a poor knowledge… and very clear-cut and simplistic views of culture.”

Weber says such views are neither true nor useful in building a heterogeneous, multi-ethnic society: “[We] should not present linear, self-contained views of cultures, which correspond neither to the reality of our lives, nor to the reality of the objects themselves.”

He stressed how museums could offer a better understanding of the interchange between cultures. “We show how different societies have grown together and how they have grown apart as they developed in different directions, how Christians, Jews, and Muslims belong together, and how they have created culture independently of their own belief systems. This does not fit well with the present-day mentality of cultural categories and its culturalist approach – and that is exactly why we have something worth saying to our society now, and why we offer programs for Muslims, beginning with education in mosques.” 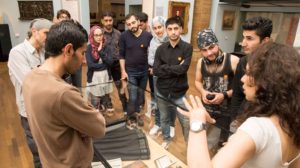 The Museum für Islamische Kunst is working jointly with the Skulpturensammlung und Museum für Byzantische Kunst, and the Deutsches Historisches Museum in the “Multaka: Museum as Meeting Point” program. Multaka brings immigrants and refugees to the museums for tours developed with the help of guides from their own communities.

Weber says that “the guided tours make questions around historical objects relevant to contemporary debates, in order to establish a connection between the past and the present.”

The tour structure is open-ended; guides choose objects that are meaningful to them, and build a discussion with the refugee visitors around this personal relationship. According to Weber, “[It] also means saying ‘I am a curator, but I don’t have to decide everything,’ and surrendering part of our interpretational authority as scholars over what is conveyed.”

Weber noted that the majority of the apprentice guides have chosen to work in the Deutsches Historisches Museum, in which the artifacts not only show connections between German and foreign cultures, but also tell the story of the devastation and destruction of German cities in WWII and the post-war rebuilding of the country. As the Multaka project description states, these discussions provide “a glimmer of hope that the destruction in Iraq and Syria will not be the end of the story.”

The Syrian Heritage Archive Project and the Damage Assessment Database

In addition to training Syrian and other international heritage workers in Berlin, the museum has been working on projects with colleagues inside Syria since 2013. These too incorporate the museum’s participatory and personal approach. The Foreign Office of the German Federal Republic sponsored the Syrian Heritage Archive Project, in which the German Archaeological Institute and the Museum für Islamische Kunst have created a digital archive with over 100,000 digital images with geo-spatial references.

The Andrew W. Mellon Foundation recently made a large grant to the Museum für Islamische Kunst to expand this archive project by building an interactive cultural heritage ‘map.’ The project includes intangible heritage, stories, and personal memories of regions and cities now damaged or destroyed in the fighting between factions. Syrian scholars and bloggers inside Syria are contributing.

The Gerda Henkel Foundation also made a generous grant of €750,000 to support the Syrian Heritage Archive Project in 2017, which will not only enable it to secure more data in Syria but will enhance local outreach to refugee communities in Germany.

About Provenance and Ownership

The Museum für Islamische Kunst’s founding director, Friedrich Sarre,  helped establish the Islamic Museum in Istanbul in the early twentieth century. That is a lesson for today, says Weber: “All of the parties benefit from cooperating on an equal footing – and we have a tradition of doing so that is a good hundred years old… Cooperation with the countries of origin is particularly important because we need to address the fact that we have objects from those countries here and consequently need to do something about these things together.”

Weber was asked about how the museum deals with the fact that many objects came to it in the colonial period. His response was that the museum, while recognizing this, needed to move forward in partnership with foreign institutions, “so that a pluralistic world can evolve. That is a very difficult process, because there are no good, clear precedents in this area yet, so you have to try a lot of things out.”

So far as moral stances are concerned, he had words of caution:

“We too have researched provenances and we know where our objects come from and how things stand with them legally and morally. Now of course in some cases you can say, ‘That’s ok,’ while in others you could castigate yourself and say ‘I’m guilty.’ You might also ask: ‘Could we make something new out of this now?’ Namely, by inviting people over from the countries of origin and saying: ‘Look. Take possession of it and let’s talk about heritage jointly at international level as “shared heritage.”‘ It gets problematic if you see the whole business through European eyes alone, internalizing the post-colonial discourse to such an extent that you actually prevent the societies of origin getting a word in edgeways, by saying to them from the outset: ‘We took the things from you and we know better who is guilty.'”