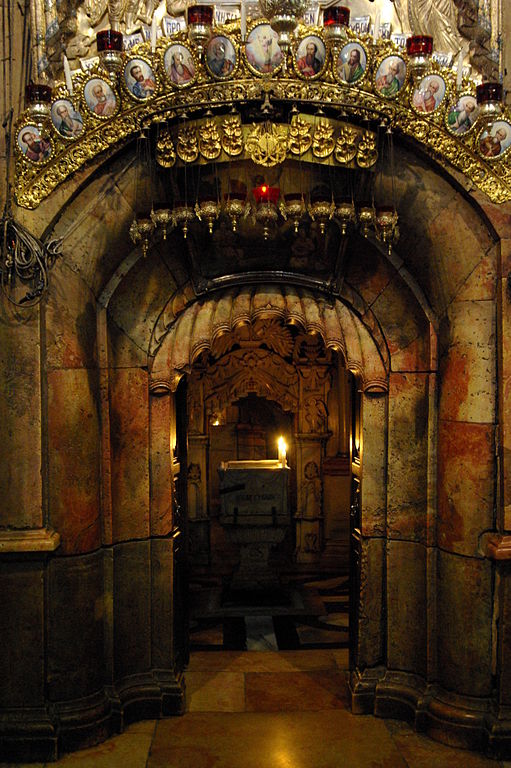 The present Church of the Holy Sepulchre is a conglomeration of buildings housing representatives of various denominations and sects of Christian faith: Greek Orthodox, Catholic, and Armenian representatives share responsibility for the Church. The Edicule is the fourth structure to cover the tomb. It was built in 1810 and stands only because of extensive shoring installed in 1947. Mica Ertegun’s gift will allow restoration, which has been delayed for fifty years, to begin immediately.

The World Monuments Fund announcement stated that Mica Ertegan made the donation after attending a 2014 reconciliation prayer service in celebration of the meeting between Pope Francis and Ecumenical Patriarch Bartholomew that took place at the Church of the Holy Sepulchre.

According to the statement by the World Monuments Fund, Ms. Ertegun’s donation was made to further her commitment “to preserve places of worship that are of outstanding importance because of their exceptional religious significance for people of all faiths and to honor the important role that all religions play as anchors of tolerance, stability, and social well-being.”

Mica Ertegun is the widow of Ahmet Ertegun, the Turkish-American songwriter, philanthropist, founder of Atlantic Records, and one of the key figures in the development of American blues, jazz, and rock music.

The National Technical University in Athens (NTUA) drafted the plan for extensive restoration of the Edicule. The study was sponsored by the Greek Orthodox Patriarchate of Jerusalem. Plans for restoration were approved and endorsed by the three communities which share custodianship of the Church of the Holy Sepulchre, all of which have signed an agreement to cooperate and allow the work to go forward.