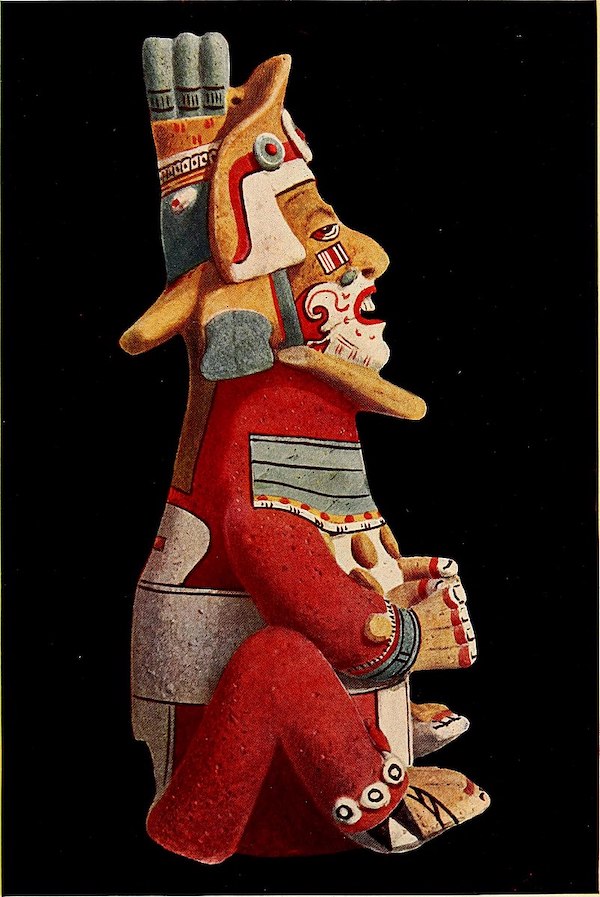 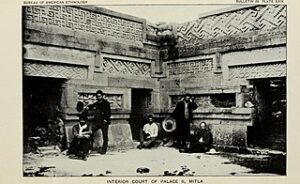 Until now, the Mexican national government has largely been responsive rather than proactive in claiming ancient art and antique paintings abroad, leaving the work to museum officials or police in other nations, notably the U.S. to identify objects or demand returns. However, in September and October, 2021, Mexico announced the creation of a special crime unit to be formed under Mexico’s Guardia Nacional – inspired by Italy’s Carabinieri unit for cultural heritage, the Tutela Patrimonio Culturale – to pursue Mexican cultural heritage abroad. The scope of the new crime unit’s work has not yet been defined. The Art Newspaper noted that Mexican President Lopez Obrador has argued that the Guardia Nacional should be funded with an additional $2.5 million over the next two years “in order to make it incorruptible.” 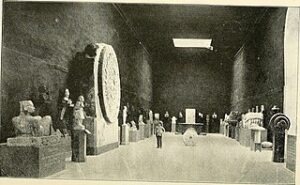 Hall of Antiquities, National Museum, Mexico City, A naturalist in Mexico, 1895, text on preservation of specimens in the museum.

Italian police intervened in a proposed auction sale at a Rome gallery on September 16 at Casa Bertolami, a fine arts and collectibles auction house. Seventeen pre-Columbian objects from Mexico were seized and are being “examined” to verify their origin and return them to Mexico. It is not known whether their examination is intended to find out if the objects are actually illegally owned or simply to determine the country of origin. In the past, the Carabinieri have not announced whether or how they have established that a crime has actually been committed under foreign or Italian law that would warrant their seizure. It is apparently assumed that objects are illicit as a result of their presence in Italy. The Carabinieri returned 594 “votive offerings” to Mexico in 2019 and 23 archaeological objects in 2021. 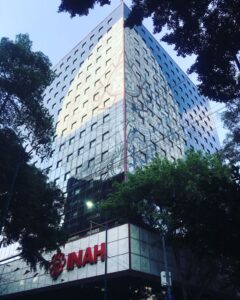 As a matter of principle, Mexico’s Ministry of Culture and its primary cultural administrator, the National Institute of Anthropology and History (INAH), object to the commercialization of any kind of Mexico’s cultural heritage.

Mexico’s Ministry of Foreign Relations, the Ministry of Culture and the National Institute of Anthropology and History (INAH) expressed their satisfaction at the cancellation of the Rome auction in a joint statement.

Alejandra Frausto Guerrero, Mexican secretary of culture, expressed appreciation for the “timely efforts” of the Mexican ambassador to Italy, Carlos García de Alba, and General Roberto Riccardi, head of the Carabineros Command for the Protection of Italy’s Cultural Heritage. Frausto Guerrero said that the sale of pre-Columbian objects was a crime in Mexico and “ we will make it known wherever it is intended to profit from our heritage.”

On October 29th, Mexico’s Embassy in Paris officially protested two proposed auction sales of Pre-Columbian art to be held on November 2 and 10, the Archaeology, Eastern Arts and Pre-Colombian Art by Artcurial Society and Pre-Columbian Art and Taino Masterworks from the Fiore Arts Collection at Christie’s. Christie’s responded that the auctions were legal under French law and that there was no reason to believe that the objects had been illegally obtained.

On September 13, Mexico announced that a complaint had been filed with Germany’s General Prosecutor’s Office against the Gerhard Hirsch Nachfolger Society, located in Munich (Germany), for the auction of some 300 pre-Columbian objects. The Mexican government said that 74 pieces were of Mexican origin and could not be sold. Mexico also organized a joint protest from ambassadors from Bolivia, Costa Rica, Colombia, Ecuador, Guatemala, Panama and Peru against the sale of the other pre-Columbian objects in the sale. The sale went forward despite the protest. Only about half of the Mexican objects were sold, according to Mexico’s El Universal newspaper, the most valuable for €16,000. The featured item of the sale, an Olmec stone mask, did not meet its reserve. 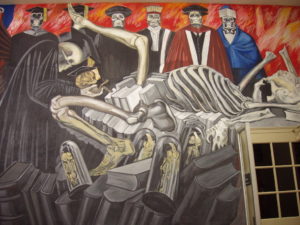 It is not known whether the new Mexican crime unit will make claims for antiquities only or whether it will also attempt to track down and recover more recent artworks that are also deemed “monuments” and have been forbidden from export. A number of Mexican artists are covered by decrees, issued since 1939 and added to over time, declaring all of their works “historical” or “artistic” monuments. These artists are Jose Maria Velasco, Jose Clemente Orozco, Gerardo Murillo Coronado (known as “Dr. Atl”), David Alfaro Siqueiros, Saturnino Herran, Maria Izquierdo, Remedios Varo Uranga, Frida Kahlo Calderon and Diego Rivera.