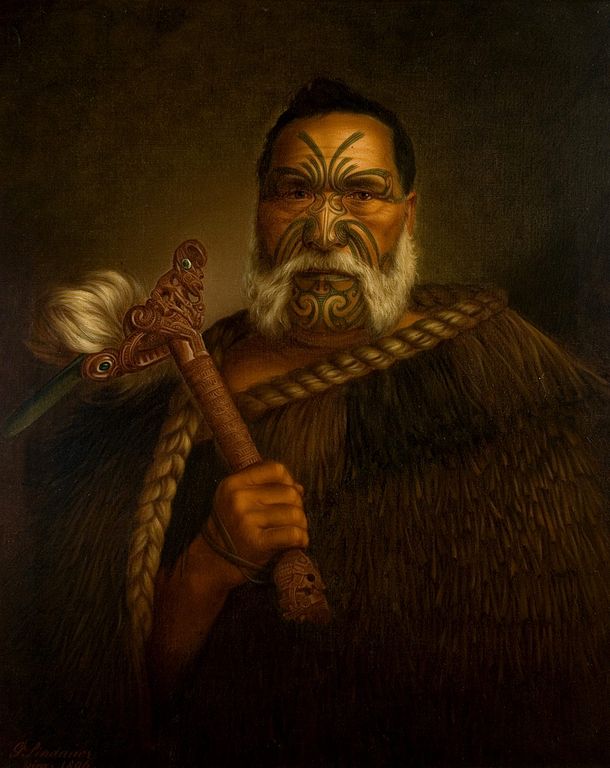 The Rautenstrauch-Joest Museum of World Cultures in Cologne, Germany announced that it would return a mokomokai – a Maori tattooed preserved head – to the Museum of New Zealand Te Papa Tongarewa – as part of Germany’s 15-year plan to return indigenous cultural property back to its original owners. The head had been in the museum’s collection for over 110 years. The museum’s director originally procured it in 1908 from a London dealer.

Maori mokomokai have both a sacred and sordid history. In pre-colonial Maori culture ceremonial facial tattooing, called “moko”, was done for chiefs and high-ranking members of the community as a way to indicate status and to mark the completion of rites of passage. When one of these individuals died, their head was removed, preserved and lovingly stored in an ornate box to be brought out and revered during ceremonial occasions and family celebrations.

The Maori believe that mokomokai house the spirit of the deceased, so within their community, the tattooed heads are given a place of honor and respect. If an enemy tribe captured a mokomokai or created one from the head of a fallen warrior it was a different story. The mokomokai was instead taunted and tormented by the victor. Later, exchange of the mokomokai might be used as an element of negotiations for peace between the tribes.

As Anthony Hubbard reports in his February 2009 article, The trade in preserved Maori heads, in the New Zealand Sunday Star Times, the sordid part began in 1770 with the exchange of a mokomokai for a pair of “very white linen” under-drawers. Then the trade began to take on aspects of an arms race. European sailors coveted mokomokai, and they had muskets to trade. Muskets were far more effective  than traditional weapons in intertribal warfare, and two mokomokai could buy one musket.

The European buyers didn’t understand the concept of a mokomokai being endowed with sacred properties; as long as it was a tattooed preserved head it was desirable as an item of trade. So the Maori began tattooing slaves or captured enemy tribal members, killing the slaves, preserving their heads, and trading them for muskets. The commercial trade became an increasing gruesome and heartless business. Hubbard describes Maori taking live slaves aboard European ships and pre-arranging the sale of their heads after they were killed. 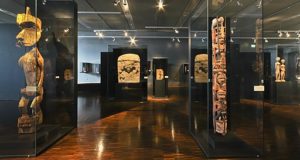 Hundreds of these severed heads wound up in museums and private collections around the world. Along with the Rautenstrauch-Joest Museum, Britain’s Guernsey Museum, and the Smithsonian in the US all have had mokomokai in their collection. Mokomokai from these collections have since been returned to New Zealand.

A large group from the collection of mokomokai gathered in England by Horatio Gordon Robley, was held in the Museum of Natural History in New York. Robley, a former British Army officer, publicly denounced the trade and collected the heads to try to return them. He was desperately poor and attempted to sell back the heads to the New Zealand government in order to have something to live on. The government refused to purchase human remains so he sold them to the New York museum, later dying a pauper.

The mokomokai in the Natural History museum were returned to New Zealand in 2014.

Because of the change of use of mokomokai from ceremonial to trade item, it is not currently known what type of head is leaving the Rautenstrauch-Joest Museum. That will be for the Museum of New Zealand Te Papa Tongarewa (Te Papa for short) to sort out.  Under New Zealand law, cultural items with no known tribal ownership are owned by the Crown and reside at the Te Papa until ownership can be determined.

Grace Boos in her 2011 dissertation entitled The Domestic and International protection of Maori Cultural Property, at the University of Otago – Te Whare Wānanga o Otāko – discussed the different legislation that has protected Māori cultural property since 1901 with the Māori Antiquities Act 1901. She writes, “The later Historic Articles Act 1962 sought to widen the legislative scope in order to protect more types of cultural objects. The Antiquities Act 1975 again widened the scope of the protection offered, and substantially enhanced the protection offered to Māori artefacts. Its major innovation was to override the prevailing common law doctrine of finders law, to instead declare that the Crown has prima facie ownership of any Māori antiquity found.”

The current law protecting Maori cultural heritage is the Protected Objects Act 1976 (POA). Boos notes that, “It was radically amended in 2006. The POA as amended has the same goals as its predecessors, but is more ambitious in its overarching purpose. The 2006 amendment changed the title of the Act, from the Antiquities Act to the POA, and amended most of the substantive provisions.”

All human remains are prohibited from export in New Zealand, but repatriation of such remains – and of sacred objects – is an important issue for its government, which in 2006 added the provisions of the UNIDROIT Convention as Article 3 to the 2014 changes to the Amended Protected Objects Act. New Zealand is also carefully watching international decisions in which its prima facie Crown ownership argues for greater likelihood of success in a repatriation claim. Ms. Boos makes an argument that because of the difficulty in bringing all objects back to source countries, another international convention focusing on “living traditions” would greatly help to bring key ceremonial objects back to indigenous peoples.

(It should be mentioned that this is an ethical step already taken with respect to voluntary returns of Native American ceremonial objects in current use by the ATADA tribal art dealer organization.)

The concept of community rights to religious objects in current use also raises related questions about how current laws give precedence to national ownership claims above community ownership in other parts of the world in non-indigenous communities. There is debate today about the proper home for religious artifacts of the former Jewish communities of the Middle East and North Africa. These communities entered the Diaspora when they were forced from countries they had inhabited for millennia in the mid-20th century, and whose religious objects had to be left behind. The national governments in the Middle East now claim exclusive ownership of these Jewish relics. When Ms. Boos argues for an international convention to give a voice to disenfranchised indigenous communities, she could be speaking for the human rights to culture for other groups as well.