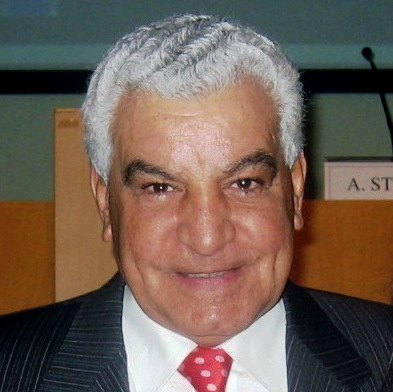 Zahi Hawass, the Honorary Chairman of the Antiquities Coalition Advisory Council, former Egyptian Minister of Antiquities, former Secretary General of the Supreme Council of Antiquities and Vice Minister of Culture, has been named as an international ambassador for cultural heritage by the United Nations International Federation for Peace and Sustainable Development. Hawass moved quickly to impress UN policies with his personal stamp, saying he was happy to accept the position to “ensure the value of Egypt’s civilization in the world.” In speaking of the vulnerable monuments of Middle Eastern culture at risk through war in Syria and Iraq, he rejected any notion of ensuring safe harbor for objects in the West.  Instead, according to Hend El-Behary, writing in Egypt Independent, he stated that “he refuses the idea of transferring these damaged monuments from countries in the midst of civil wars and terrorist attacks to any European countries, saying that he will discuss ways to guarantee the safety of these monuments with Egyptian Minister of Antiquities Khaled al-Anany.”

Hawass is not known for his diplomatic skills, but for his bullying and bluster. He gained international notoriety more than a decade ago, by demanding the return of virtually all Egyptian art from around the world, not excepting the Rosetta Stone (in the British Museum since 1802), the bust of Nefertiti in the Egyptian Museum, Berlin (discovered by a German team in 1912), and the Luxor Obelisk (at the center of the Place de la Concorde in Paris since 1833). Referring to the Egyptian antiquities at the British Museum, Hawass promised that, “These are Egyptian monuments. We will make life miserable for museums that refuse to repatriate.”

Hawass’ own blog refers to the drafting of a U.S.-Egypt Memorandum of Understanding at that time.* Later, a proposal for a MOU was eventually received by the Cultural Property Advisory Committee to the President under the Department of State. Its signing was long delayed, perhaps due to concerns over Egypt’s appalling human rights record, then finalized on November 30, 2016 during the last months of the Obama administration. The Antiquities Coalition appears to take some credit for completion of a US-Egyptian MOU. Was the US-Egypt MOU a done deal before it even came before the Cultural Property Advisory Committee to the President, in violation of US law?

Hawass became prominent in Egyptian archaeology as a protégé of the Mubarak regime. He is well-known for courting publicity, and has frequently been featured in television and video, including the Discovery Channel, the History Channel, a Fox special on the pyramids, and his own reality series, “Chasing Mummies: The Amazing Adventures of Zahi Hawass.”

Hawass also received significant criticism for his 2010 foray into fashion, when he licensed his name to a line of rugged menswear. A fashion shoot inside a New York exhibition of King Tut antiquities sparked a public debate over the commercial usage of government-owned antiquities and the propriety of the model sitting on and leaning against the objects. Although Hawass insisted that only copies rather than real antiquities were touched, academics decried even the appearance of using ancient artifacts to showcase a male model wearing Hawass’ ‘Raiders of the Lost Ark’ style khakis and signature American hat.

Under Hawass’ administration in 2011, numerous Egyptian sites were robbed and other artifacts were destroyed by looters looking for gold. Hawass issued official denials and claimed that reports were false, but his statements were belied by reports by foreign archaeologists who saw the destruction taking place in person.

Also in 2011, Hawass lost and then regained his post as Minister and was sentenced to a year in prison for refusing to obey a court ruling related to a business contract at the Cairo Museum gift shop. The ruling was appealed and the next day the National Council of Egypt’s Administrative Court overturned the ruling and reinstated him in his position.

Younger scholars and archaeologists have repeatedly criticized Hawass’ arrogance, egotism, and his complete domination of archaeological and museum staff, to the detriment of a functioning cultural administration. The Cairo-based Arabic Network for Human Rights Information said in October 2009 that Hawass was persecuting a researcher for disagreeing with him on how to handle mummies.** The group reported that Hawassʼs actions were “inhibiting scientific views.”

Old habits appear to die hard. After twice being appointed Minister of Antiquities, in July 2011, he was forced out by angry young archaeologists, who besieged his office telling him to go and “take your hat,” an event widely shared on video.

More recently, in 2014, Hawass was accused of facilitating a theft from a pyramid by French conspiracy-theorists charged in absentia in Egypt. Countering the charge, Hawass pointed out that although he had been involved in their 2010 filming, by 2013, when the alleged theft took place, he was “no longer in charge.”

Dr. Hawass has also been criticized for holding anti-Semitic views. Wikipedia cites his appearance on Egyptian television in April 2009 in which he stated that “although Jews are few in number, they control the entire world.”

Again, according to an article cited in Wikipedia, in January 2009 Hawass “wrote in Al-Sharq Al-Awsat that “The concept of killing women, children and elderly people … seems to run in the blood of the Jews of Palestine” and that “the only thing that the Jews have learned from history is methods of tyranny and torment — so much so that they have become artists in this field.” He explained that he was not referring to the Jews’ “[original] faith” but rather “the faith that they forged and contaminated with their poison, which is aimed against all of mankind.”

While Hawass’ work has significantly raised the profile of Egyptian archaeology, some steps taken by him may have damaged its archaeological future and undermined the possibility of building a new archaeological infrastructure. Hawass has also reportedly censored publications, excluded other Egyptian and foreign professional archaeologists from working in key sites, and blacklisted archaeologists who published without his permission or who failed to credit him, calling them “amateurs.”

Hawass has experienced many ups and downs in his career, but remains a tenacious self-promoter, identifying himself as Egypt’s chief protector and promoter of historical greatness. He appears to have risen again to the top of the heap in an Egypt in which repression, along with terrorism, have virtually ended tourism. Many in Egypt hope that his new position will enable him to bring much needed tourist revenue back to Egypt by raising excitement for Egypt’s ancient sites. It is hoped that he can do so without the excesses that made life miserable for so many in the past.

** Egypt Relics Chief Pulls in Revenue as He Fights for Nefertiti, businessweek.com/news/2010-01-26