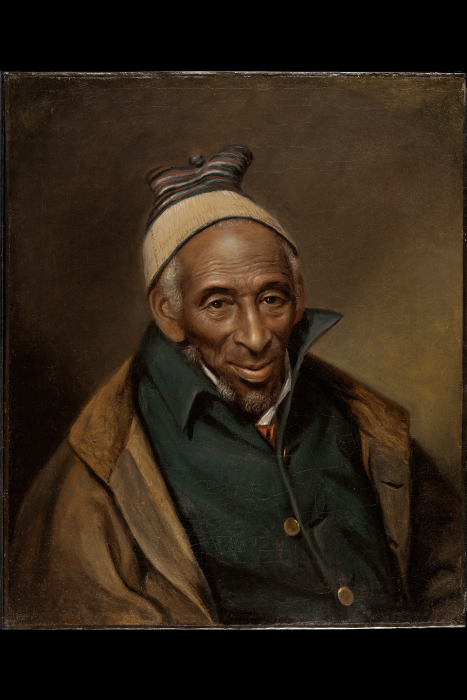 Portrait of Yarrow Mamout (Muhammad Yaro), 1819, Charles Wilson Peale, Philadelphia Museum of Art. Muslims also used literacy to leverage their freedom through their labor. After 44 years of being enslaved, Mamout became an entrepreneur, bank investor and homeowner in Georgetown, where he would walk the streets singing the praises of Allah.

In this time of social division, museums are being called upon to examine their roles in society and to broaden relationships with underserved communities. At the same time, the ability of art to communicate across national boundaries and diverse cultures has never been a more useful and necessary tool for the understanding and appreciation of cultural differences.

The Lilly Endowment Inc. is engaged in a number of projects to facilitate cross cultural understanding through its Religion and Cultural Institutions Initiative. It has awarded grants totaling more than $43 million to 18 cultural institutions and museums throughout the United States. The grants will enable these cultural institutions to utilize the resources of their collections and collective scholarship to make religious beliefs and practices in the United States and across the world intelligible to a broader American public. These grants are designed “to develop exhibitions and education programs that fairly and accurately portray the role of religion in the U.S. and around the world.” Their goal, at least in part, is to enable museums to be useful players in clearing away misunderstandings and intolerance. 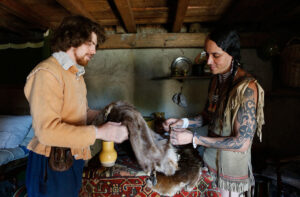 Waking the Ancestors performed by Plimoth Plantation’s Wampanoag and Colonial living history educators, part of the the Religion in America initiative supported by the Lilly Endowment Inc. https://americanhistory.si.edu/waking-the-ancestors.

The Lilly Endowment grants were prompted by the confidence that the American people have in museums as teaching institutions. The grants include $8 million in funding for the National Museum of American History, to explore how religious issues have challenged and changed America. The museum’s Center for the Public Understanding of Religion in American History will “establish a network for museums and other cultural institutions to learn from and with each other about their work in religion.” A prior Lilly Endowment grant to this museum established an endowed curator of American religious history.

The Lilly Endowment had also made extensive grants focusing specifically on African American religion. Another Smithsonian museum, the National Museum of African American History and Culture, received a $10 million grant in 2015 to create a Center for the Study of African American Religion, and Lilly gave a $10 million grant in 2017 to the International African American Museum (IAAM) in Charleston, South Carolina to enable the new institution to expand its work in the area of religion and to develop public programming for faith organizations. (Recently, another grant organization, the Henry Luce Foundation, established a program, The Crossroads Project, at Princeton University’s Center for the Study of Religion , for the purpose of building “public understanding of Black religious histories, cultures, and communities.”) 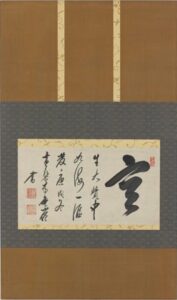 A number of the programs receiving grants from the Lilly Endowment focus on the role of Asian religions in American life. The Smithsonian’s National Museum of Asian Art received 2.5 million, its largest foundation grant ever, to support “The Arts of Devotion.” A portfolio of projects will utilize the museum’s vast collection of Islamic, Buddhist, and Hindu artworks. It includes building a digital education portal entitled “Teaching Asian Religions,” four exhibitions “aiming to correct common misconceptions of religious traditions,” and brings together local and international Muslim, Hindu, and Buddhist community members to act in an advisory capacity to the projects.

“This generous grant from Lilly Endowment will accelerate our museum’s efforts to enhance the public’s understanding of Asian religious traditions and practices, encouraging our visitors to move from indifference to active engagement and curiosity,” says Chase F. Robinson, the Dame Jillian Sackler Director of the National Museum of Asian Art. “The grant will enable us to speak in multiple voices, which will shed light on a fundamental aspect of Asian cultures and of Asian American communities.”

An earlier grant by the Lilly Endowment for 2019-2020 supported planning for the “The Arts of Devotion.” Cultural Property News showcased conversations sponsored by the prior grant in “Hypothetical Hopes for Healing Through Art: Three Optimistic Conversations About Museums, Spirituality, and Inner Growth from the Still-Closed National Museum of Asian Art.”

The Smithsonian Center for Folklife and Cultural Heritage, will use their nearly $1.5 million grant to focus on “contemporary religious practice in the United States” including Asian religions, in their 2021-2023 project “Creative Encounters: Living Religions in America.”

“While focusing on how these communities coalesce in the United States, we will explore how they relate to, influence, and are influenced by their counterparts around the globe,” states the Center’s webpage.

The signal event is the annual 10-day Smithsonian Folklife Festival, which in 2022 will bring together Buddhists, Christians, Hindus, Jews, Muslims, Sikhs, followers of Native American and African-inspired religions, and devotees of Humanism and other ethical traditions, both on the National Mall in Washington, D.C. and online, in an exploration and celebration of these spiritual and philosophical traditions. 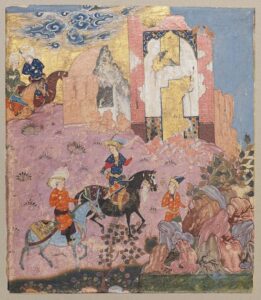 The Museum of Fine Arts, Boston (MFA) also received a grant of $2.5 million from the Lilly Endowment through its Religion and Cultural Institutions Initiative. This grant will support an endowment for an Assistant Curator of Islamic Art, to “draw on the Museum’s collection—among the most important holdings of Islamic art in the country and the world—to create exhibitions, publications and public programs,” the MFA  announced in mid-December 2020. The MFA’s Islamic collection currently includes nearly 5,500 works, some of which have been in the museum’s collections since it was founded in 1877.

The MFA announcement of the grant stressed:

“Critical to the new curatorial role is a commitment to exploring and representing not only the historical, cultural and aesthetic dimensions of Islamic art, but also the religious—promoting the public’s engagement with and understanding of Islam and its relationship to art, culture and society.”

The announcement of the Lilly Endowment’s Religion and Cultural Institutions Initiative explains the scope of the project and Lilly’s venture into the impact of multiple religious traditions on American society:

“While the primary aim of [The Lilly Endowment’s] grantmaking in religion focuses on strengthening the leadership and vitality of Christian congregations in the United States, the Endowment also seeks to foster public understanding about religion and lift up in fair, accurate and balanced ways the contributions that people of all faiths and diverse religious communities make to our greater civic well-being.”

The explicit reaffirmation of the Lilly Endowment’s goals and commitment to recognizing the contributions of all religions to social advancement could not come at a better time.